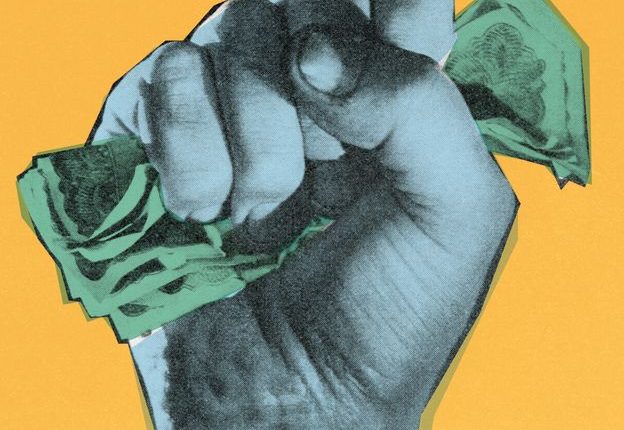 Wars, famines and pandemics provoke massive government responses. The state must command everything it needs or risk conquest, violence and state entropy. An equally significant challenge is rolling back the Leviathan when the threat is over.

The U.S. government has managed to accelerate the development of COVID vaccines, and despite inconsistent decisions between states and recent clumsy communications from the Center for Disease Control regarding masks, we will endure the Delta variant without regaining our economy very disturbing.

However, the Democrats in Congress and the Biden administration want to extend temporary programs like Obamacare’s Children’s Refundable Tax Credit and Enhancements and make them permanent. And enforce increasing control over private businesses and personal decisions by imposing questionable constitutional racial preferences in the allocation of benefits.

Tapping into the frustration of COVID-19 with poorly managed globalization, income inequality and abuse of monopoly, the actions of the Biden government and the proposed policy changes seem more or less all to encompass the critical racial theory and policy recipes that follow its analyzes.

The government is proposing a massive seizure of power through a 35 percent increase in federal spending from pre-pandemic levels and federal control of the pipelines in our economic and political system – banks that decide who gets credit, social media that takes the public place bid for political ideas and transport systems that move goods.

The latter largely relied heavily on fast-paced technology to discipline monopolists. Remember when Microsoft MSFT + 0.44% dominated software, but smartphones and apps turned that model on its head. IBM IBM, -0.57%, achieved near monopoly on mainframes but was ousted by cheap PCs and then by Amazon’s AMZN, -0.40% cloud.

The appointment of more politically progressive governors to the Federal Reserve Board could mandate the routing of bank loans to progressive electorate – euphemistically characterized as regulation in line with our values. And the new aggressive leadership of the Federal Trade Commission and the Justice Department’s Antitrust Department could lead to arbitrary control over technology platforms and e-commerce.

At the FTC, Chair Lina Khan has ditched the consumer welfare and low price test in favor of the vague criteria that would allow employees to investigate any business practice they deem offensive. The Surface Transportation Board and the Federal Maritime Commission are encouraged to regulate or significantly influence the prices charged by railways and ocean freighters.

Banks, technology and transport, all manipulated to wake up? But what people buy and where companies invest is determined by too much complex information – much more than government bureaucracies can effectively collect and process. Too often, the result is failure – missed opportunities for innovation, bottlenecks, inefficiency and falling workers’ incomes.

The Leviathan needs well-positioned loyalists when the bureaucracy fails to deliver the promised prosperity and the progressives know how to cultivate it.

Wall Street gets a pass

Almost every new idea that matures has to go through a narrow channel of investment bankers and wealth managers in New York. They control access to large buyout funding and initial public offerings when startup entrepreneurs and angel investors are paying off. You have operational control of our largest corporations’ proxies and loans to run ailing businesses through private equity.

This concentration of financial power and carried interest creates huge fortunes – a privileged tax status that enables these institutions to pay wages to financial engineers who are subject to radically lower capital gains rates.

Democrats talk about dismantling big tech and curbing railroads, but they never seem to say a word about the dissolution of JP Morgan or the disciplining of BlackRock as they do their bidding by promoting the progressive agenda to take control of capital allocation to get. The Democrats work tirelessly to end carried interest, but tax law after tax law becomes law without addressing it.

This column wouldn’t be surprised if Lina Kahn and the Democrats in Congress pursued more aggressive social media commitments to curb conservative voices in negotiating “reformed” antitrust rules for big tech under the guise of regulating dangerous misinformation.

The feudal lords controlled the mills that processed the farmers’ grain into flour. Taking control of the bottlenecks – finances, tech platforms, and transportation – is how the new Leviathan will steal freedom as surely as time steals youth.

Peter Morici is an economist and professor emeritus at the University of Maryland and a national columnist.

Is Hard Work Still Worth It in America?