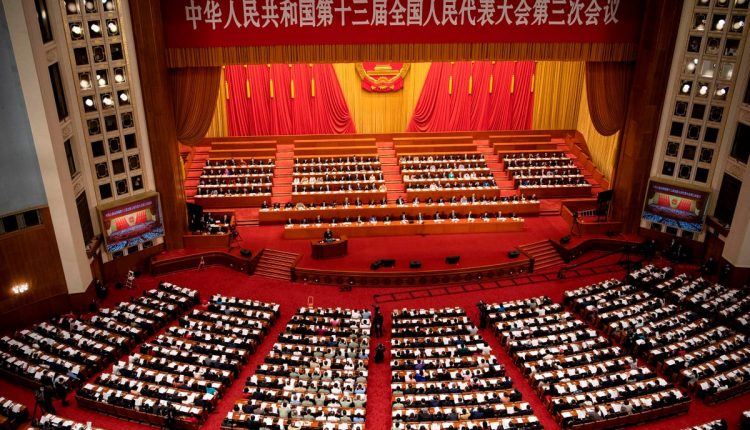 China passed a new law tightening restrictions on companies’ use and use of people’s personal information as the government continues to restrict big tech’s market power.

According to the official Xinhua News Agency, the country’s legislature, the National People’s Congress, approved the Personal Data Protection Act on Friday. The law comes into force on November 1st.

The full version of the law has not yet been released, but Xinhua said companies should seek user consent before collecting or opting out of personally identifiable information such as financial accounts or health conditions.

China is reversing the longstanding laisse faire approach and is rapidly increasing regulation in areas ranging from antitrust law to data protection.

Earlier this week, regulators in the State Administration of Market Regulation released a draft rule aimed at banning unfair market practices such as xuan yi or forcing traders to sell only on a single platform. The country’s cabinet, the State Council, released a draft policy earlier this month, saying the government would work on new laws in areas such as artificial intelligence, big data and cloud computing.

Some companies have committed to compliance. In an analyst call on Wednesday, Tencent’s billionaire president Martin Lau predicted more regulations would come and said the company would fully embrace the new environment. Alibaba chief Daniel Zhang has backed government policies and backed Beijing’s antitrust campaign after the company swallowed a record $ 2.8 billion fine in April for monopoly practices.

Faculty or ‘Russian Roulette’? Amid Delta Variant and Lax Masks Guidelines, Some Mother and father See No Distinction