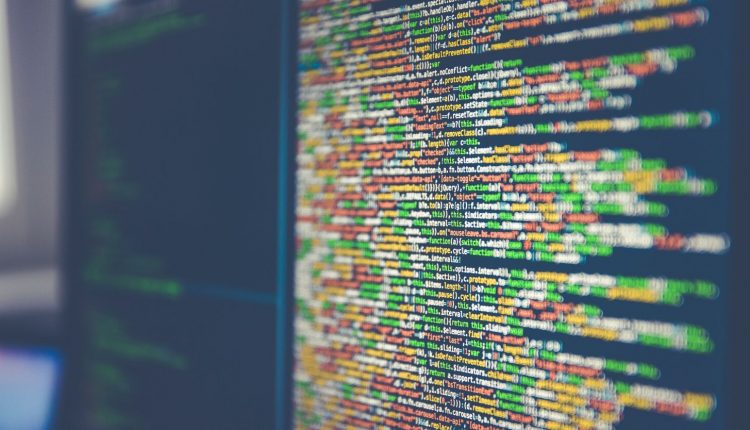 What’s Mike Lee’s TEAM Act and the way would it not reform Huge Tech? | Opinion

Conservatives across the country have grown increasingly distrustful of large online platforms. From content suppression during COVID-19 to the deplatforming of parlers to large-scale data breaches, high-profile incidents have led many on the center-right to question Big Tech’s influence over our lives.

With Republicans poised to gain seats in Congress in November, lawmakers should be looking ahead to the 118th Congress to address constituents’ concerns with Big Tech platforms without giving the Biden administration overreaching authority. Utah GOP Sen. Mike Lee’s Tougher Enforcement Against Monopolies Act, also known as the TEAM Act, should be a rallying point for lawmakers.

“America is facing a panoply of competition concerns, not just in Big Tech, but across the entire economy. We need a holistic approach that benefits all consumers in every industry,” Lee said on the Senate floor when introducing the legislation. “We need to deal with all the monopolists hurting competition. … The TEAM Act avoids the black-and-white pronouncements of other legislative proposals and instead updates the mechanics of how the antitrust laws are applied to address the enforcement gaps of recent decades.”

Indeed, the act takes a comprehensive approach to reforming federal antitrust laws to hold Big Tech and other companies accountable and to promote competition, while codifying the consumer welfare standard, which has been the foundational principle of American antitrust law for decades.

Federal Trade Commission Commissioner Christine Wilson outlined this principle at the George Mason Law Review Annual Antitrust Symposium in 2019. “Under the consumer welfare standard, business conduct and mergers are evaluated to determine whether they harm consumers in any relevant market. Generally speaking, if consumers are not harmed, the antitrust agencies do not act,” she said.

In order to determine if consumers are harmed by a business practice, antitrust enforcers at the FTC and Department of Justice use objective economic analyzes to identify actual or potential harms. They then conduct a cost-benefit analysis to determine whether the benefits of the business practice outweigh the harms to consumers. Finally, when the harms are determined to outweigh the benefits, antitrust enforcers seek legal remedies to correct the markets in question and punish offenders.

While antitrust enforcers can consider other market effects, consumer welfare is their north star.

It is clear that there are some instances where Big Tech’s business practices harm consumers. In fact, the FTC has taken dozens of actions against tech companies like Google, Twitter and Facebook for privacy violations. Most recently, the FTC filed suit against Facebook (now Meta) “alleging that the company is illegally maintaining its personal social networking monopoly through a years-long course of anticompetitive conduct.” All of these cases are based on the consumer welfare standard. In the case of Facebook, the FTC’s revised complaint argues that the primary harm of Facebook’s “monopoly” is that it “deprives users of personal social networking in the United States of the benefits of competition, including increased choice, quality and innovation.”

In many instances, antitrust law already offers a way for the government to step in and correct markets gone awry. Unfortunately, the advent of new business models like those of free online services makes antitrust enforcement more difficult than it is for traditional markets. Historically, one of the best methods used by antitrust enforcers to demonstrate consumer harm has been examining the cost of goods and services. But this calculation becomes more complex (if not impossible) when examining a free service like Facebook or Google Search.

To address these challenges, the TEAM Act would, among other things, codify the consumer welfare standard that currently only exists as a product of case law. This would clarify that courts can only consider consumer harms like price, quality of products, reduced choice and impact on innovation. Furthermore, it would specify that courts can only consider benefits that are in-market and likely to benefit consumers. Introducing such clarifications into statute should make it easier for antitrust enforcers to bring cases while weeding out frivolous enforcement actions not based in consumer welfare.

The TEAM Act is not perfect. Lawmakers should take steps to refine the legislation ahead of the next Congress. One issue that antitrust enforcers regularly face when handling online platforms and services is the question of market definition. For example, in its current case against Facebook, the FTC alleges that Facebook has effectively no competition in the market of “personal social networking services.” Facebook disagrees, arguing that it has lots of competition, including Snapchat, TikTok and other social media platforms. While case law will ultimately determine how certain markets should be defined, guidance from Congress could simultaneously aid enforcement agencies and simplify compliance.

With Congress now considering bills that would go much further in expanding the government’s ability to regulate competition in ways that will have unintended consequences, lawmakers should consider prudent solutions to update existing antitrust laws to promote competition consistent with the principles of American law. Lee’s bill is a good place to start.

Luke Hogg is policy manager at the Lincoln Network, a nonprofit that focuses on the intersection of technological innovation and public policy.

‘An Arm and a Leg’: One ER Physician Grapples With the Inequities of American Well being Care