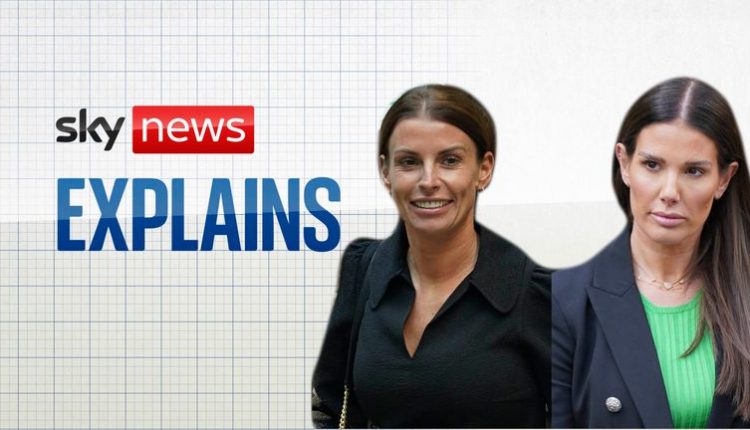 Not only has the Wagatha Christie trial kept many of us glued to our screens, desperate for the latest showbiz revelation, it also warns of the risks around what we post on social media.

Rebekah Vardy argued that Coleen Rooney damaged her reputation when in 2019 she posted on Instagram, Facebook and Twitter that Vardy had been directly leaking stories about her to the press.

Rooney says she has ‘no ill will’ against Vardy; follow live updates

It resulted in Vardy suing her fellow ‘WAG’ for libel in the High Court.

Rooney’s defense was that her claims were true and that there was public interest in the concept of celebrities still maintaining some degree of privacy.

Although Mrs Justice Steyn ruled in Rooney’s favourthe case has shone a fresh light on libel law and the risks it poses to everyday users on social media.

What is libel and how is it different to defamation?

There are two types of defamation – libel and slander.

Libel is when something is published in written form and slander when it is expressed orally.

Libel claims have become more common with the rise of the internet and particularly as we document our lives on social media.

It is a civil claim – not a criminal offense – so the person being sued could be forced to pay financial damages, to set the record straight, or publicly apologise – but it doesn’t carry a prison sentence.

To sue someone for libel you have to prove: 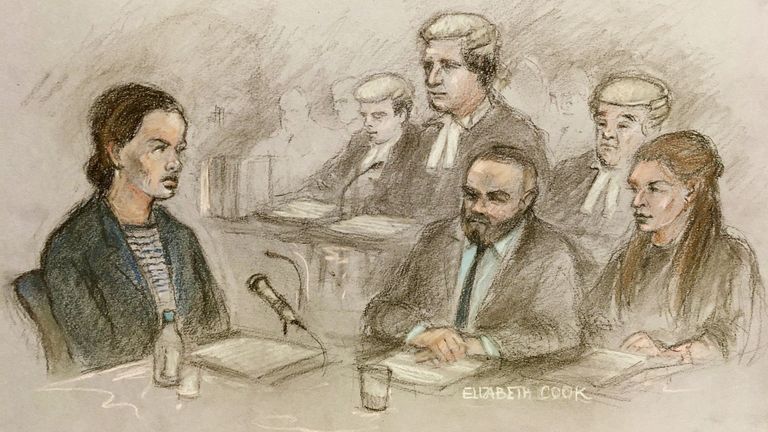 There is also a 12-month limitation period, so a claim about something that was published more than a year ago is automatically invalid.

In 2013 the wife of former Speaker John Bercow, Sally Bercow, was sued by politician and businessman Lord McAlpine for tweets that suggested he was linked to the sexual abuse of boys in care and she was forced to pay an undisclosed amount in damages.

What defenses are there?

When someone makes a libel claim the defendant (the person they are suing) has three main defenses they can use.

Under the Defamation Act 2013, people being sued for libel have a defense if they can prove what they said is “substantially true”.

“Mrs Vardy was party to the disclosure to The Sun of the Marriage, Birthday, Halloween, Pajamas, Car Crash, Gender Selection, Babysitting and Flooded Basement Posts,” she wrote.

She backed her further, by saying “the essential sting of the operation was shown to be true”.

People can claim the honest opinion defense if they can prove what they wrote about someone was based on the truth and was clearly distinguishable as an opinion – not fact.

This gives restaurant, film and any other critics the right to write a negative review.

It does not apply if it is proved that the defendant didn’t actually hold that opinion, for example if a controversial media personality writes something defamatory about someone just to be provocative.

In the Wagatha case, the judge also ruled in Rooney’s favor on the matter of public interest.

She wrote in her judgment: “Although Ms Rooney’s interest was essentially personal, on balance, I accept that the Reveal Post was on a matter of public interest, namely the undesirable practice of information (in the nature of mere gossip) about celebrities’ private lives being disclosed to the press by trusted individuals.”

Public interest also includes matters of national security, uncovering or stopping crimes, and stopping the public from being misled. 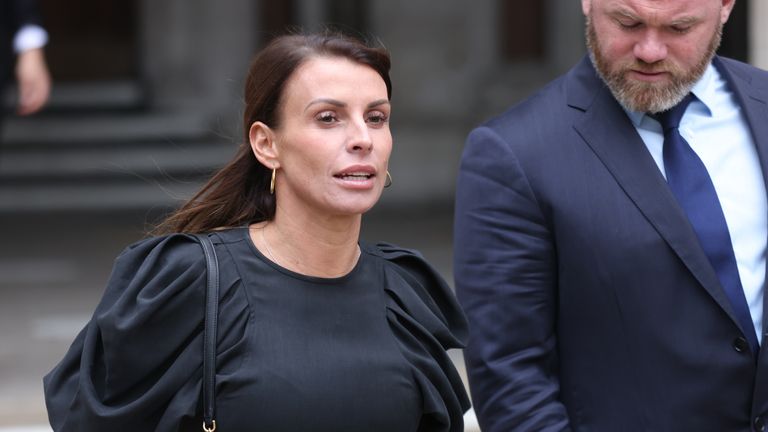 Could I be south for libel?

Court cases of any kind can be expensive, so often claimants might decide to accept a financial settlement out of court, an apology, correction, or removal of the offending social media post.

But when libel cases do reach the courts, they are very costly, as you can’t claim legal aid and have to pay for everything yourself.

Max Campbell, partner at Brett Wilson LLP and specialist in defamation and privacy, told Sky News: “Libel is very expensive, so it can be out of reach of ordinary people.”

But in some circumstances, people may still decide to pursue a claim, he adds.

“If the defendant is someone with financial means and the claimant has a strong case, lawyers might take it on a no-win-no-fee basis.

“But equally if the claimant is rich, and doesn’t need the money, they might still sue anyway just to have a court say it’s not true – for vindication.

“So the overall message is always be careful with what you say about other people on social media.

“Even if you don’t have much of a following or an online presence, you could just say the wrong thing about the wrong person at the wrong time.” 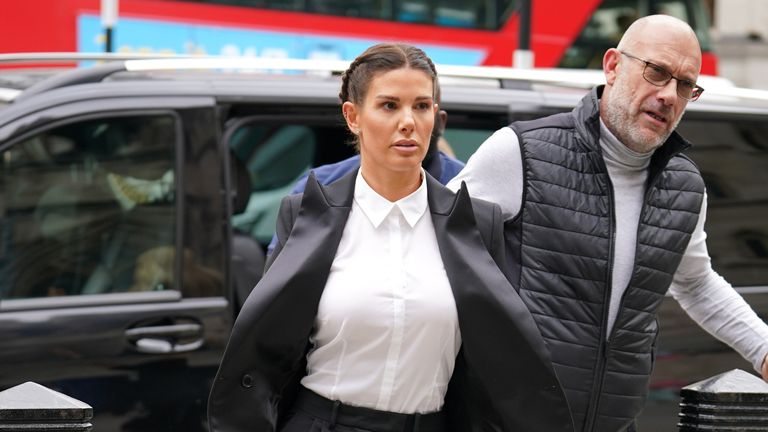 How has social media made things worse?

Under the Defamation Act, the claimant is entitled to bring a fresh libel claim every time the defamatory statement is repeated.

This increases the risk of reputational damage because more people can read the claims.

So by re-tweeting a potentially defamatory statement, you also leave yourself at risk of being sued.

Mr Campbell says that when something “goes viral”, the claimant can pick and choose who to sue in a bid to get the best outcome.

“You’re not duty bound to sue the original publisher,” he says.

“A lot of people do, but if a lot of people are saying something about you on Twitter, the lawyer will look at the claim and first establish who they can identify – some anonymous accounts might be unidentifiable.

“Then they’ll look at who is the richest.

“And also when there’s a social media storm, Joe Bloggs who posted something may only have 30 followers, but if it gets re-tweeted by a celebrity with 200,000 followers, the damage is more likely to have come from them, so they’ll choose to sue them instead.”

Social media platforms can only be sued themselves when the publisher of the defamatory statement is unidentifiable – for example a bot or anonymous troll account.

Action against tech giants such as Facebook is difficult and overwhelmingly expensive, but if they refuse to take posts down once notified, or don’t disclose details of the user when asked, it can happen.

What other risks are there?

Although a libel claim may be too expensive or difficult to prove for some people, they could pursue different legal action over offensive or intrusive comments written online.

They could claim a breach of privacy if lawyers think the claimant had a “reasonable expectation of privacy” at the time.

Although the Wagatha case did not involve privacy claims, which is a separate civil matter, it raises a debate about what level of privacy celebrities can expect when they document a lot of their lives on social media.

“You can pick and choose what you want to share and ringfence any aspect or your life as private.”

He says that just because someone has not set their social media profile to private, it doesn’t mean they are happy to have it shared with everyone.

“If you share something with your Facebook friends, you still might not want it published in a different forum or context where a different set of people will see it,” he said.

“The mere fact that it’s on social media does not give you carte blanche to share it elsewhere.”

Breach of confidence is another similar civil claim, which involves a formal or implied agreement of confidence between two or more people.

If defamatory or offensive online comments are repeated, they could form the basis of a harassment case.

This is a criminal offense which could carry a prison sentence.

Mr Campbell says: “Defamation and harassment overlap when you don’t just get someone saying something once, it’s a course of conduct.

“So you might want to seek an injunction to get that thing removed online – but also for them to leave you alone altogether.”

By sharing someone else’s data online without consent, they could risk a breach of GDPR claim.

Mr Campbell concludes: “Different courses of legal action overlap. You often see defamation cases with breach of privacy or confidence alongside, or GDPR and harassment as well.” 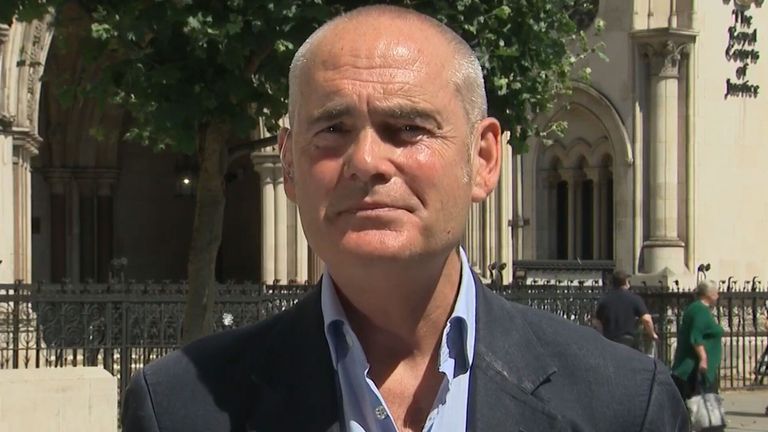 Vardy’s trial loss to own goal

What does the Wagatha ruling tell us?

While Vardy lost her case, the fact that she went against repeated warnings to drop it suggests she will appeal.

Media management and PR expert Jonathan Coad told Sky News she is unlikely to be granted one.

“It will be very difficult to appeal. Because this is a straight finding of fact by the judge it will very likely be dismissed,” he said.

He argued that people “cannot expect much privacy” if they post regularly on social media. “If you’re keen to protect your privacy, it’s best not to use social media,” he said.

“As in this case, a libel claim can result in a claimant’s own conduct being tried before the world, and the reputational damage which may arise from the process, and any adverse findings by the court, may be far worse than that caused by the statement complained of.”