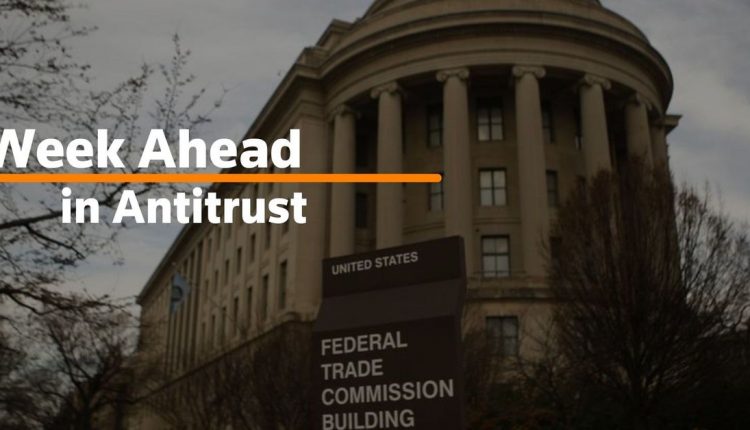 The company and office names listed above are automatically generated from the text of the article. We are improving this feature as we continue to test and develop the beta version. We appreciate your feedback, which you can submit using the feedback tab on the right side of the page.

(Reuters) – Here are some upcoming events of interest to the cartel community. Unless otherwise stated, all on-site times apply and court appointments are virtual due to the COVID-19 pandemic.

Facebook Inc. has a deadline to respond or otherwise respond to the antitrust lawsuit filed by the Federal Trade Commission in federal court in Washington, DC in August. The agency alleged in an amended complaint that the social media giant bought rivals to “bury” them in order to stifle competition. A company spokesman has described the FTC’s lawsuit as “baseless”. US District Judge James Boasberg will chair. He dismissed the FTC’s first complaint after concluding that the agency had not adequately demonstrated Facebook’s market power.

The case is Federal Trade Commission v Facebook, US District Court for the District of Columbia, No. 1: 20-cv-03590.

9:00 a.m. – The 9th district will decide on an appeal against the dismissal of an antitrust law by a district judge, which concerned an alleged non-solicitation agreement. A former San Diego purchasing partner alleged that HP struck a no-poach deal with a rival to “avoid a bidding war so that there are no additional labor costs.” HP’s attorneys deny the allegations. The plaintiff had “repeatedly tried to raise antitrust claims on his currently pending lawsuit for age discrimination,” said attorneys from HP to the court of appeal.

9 a.m. – US District Judge Jeffrey White will hear an offer to dismiss a lawsuit alleging Apple Inc. has monopolized the heart rate monitoring technology market for the Apple Watch. Apple’s lawyers argue that Plaintiff AliveCor “makes unsupported claims of market share that do not prove Apple has market power in the proposed markets.”

The case is AliveCor Inc v Apple Inc, US District Court for the Northern District of California, No. 4: 21-cv-03958-JSW.

12:15 p.m. – The Chicago Bar Association Antitrust Committee is holding a discussion on the Biden administration’s antitrust policy. McDermott Will & Emery partner Ashley Fischer will speak on a panel discussion with Spencer Walker, Professor at Loyola University Chicago School of Law and Director of the Institute for Consumer Antitrust Studies. More information can be found here.

Do you know of an event that could be included in Week Ahead in Antitrust? Contact Mike Scarcella at mike.scarcella@thomsonreuters.com.

From intern to FTE: 4 researchers share their journeys with the Fb Core Knowledge Science crew