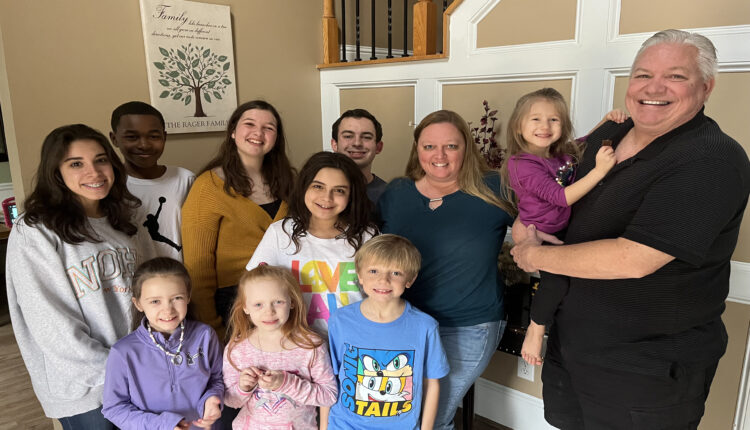 Need Help? If you or someone you know is in a crisis, please call or text 988 to reach the 988 Suicide & Crisis Lifeline.

One night last month, a 9-year-old boy who had autism and talked about killing himself was among about 70 foster care children and youth under state supervision sleeping in hotels across Georgia.

Georgia’s designated health insurer for foster care, Amerigroup Community Care, had denied the boy placement in a psychiatric residential treatment facility, said Audrey Brannen, coordinator of complex care for Georgia’s child welfare agency. He stayed in a hotel for more than a month before receiving a temporary emergency placement in a foster home, she said.

The boy and the other children staying in the hotels lacked permanent placements, Brannen said, and many weren’t getting help for their complex mental and behavioral needs.

The frustration over gaps in care had gotten so bad that Candice Broce, commissioner of the Georgia Department of Human Services, sent a scathing six-page letter to the state Medicaid agency in August — signaling an unusual interagency conflict. She argued that Amerigroup, a unit of Elevance Health, isn’t being held accountable for failures in care, and that its foster care contract should not be renewed.

Amerigroup declined to comment on Broce’s remarks specifically, saying it had not seen her letter. But Michael Perry, an Amerigroup Georgia spokesperson, said the insurer hosts collaborative monthly meetings with state agencies to hear any concerns and will “continue to work on behalf of these vulnerable individuals to ensure they have access to the appropriate healthcare and support services they need to be successful.”

Such problems extend beyond Georgia, according to Sandy Santana, executive director of the national advocacy group Children’s Rights. While foster care grabs headlines mainly in cases of abuse or neglect — even deaths — the failures of states and insurers in providing adequate health care for these children are widespread and occur largely without public scrutiny.

“These kids cycle in and out of ERs, and others are not accessing the services,” said Santana, whose group has filed lawsuits in more than 20 states over foster care problems. “This is an issue throughout the country.”

Nearly all children in foster care are eligible for Medicaid, the state-federal program for those with low incomes, but states decide on the delivery mechanism. Georgia is among at least 10 states that have turned to managed-care companies to deliver specialized services exclusively for foster kids and others under state supervision. At least three more — North Carolina, New Mexico, and Oklahoma — are taking similar steps. But regardless of the structure, getting timely access to care for many of these vulnerable kids is a problem, Santana said.

Obtaining mental health care for privately insured children can be a struggle too, of course, but for children in state custody, the challenge is even greater, said Dr. Lisa Zetley, a Milwaukee pediatrician and chair of the American Academy of Pediatrics’ Council on Foster Care, Adoption, and Kinship Care.

“This is a unique population,” she said. “They have experienced quite of bit of toxic stress prior to entering foster care.”

For states that use specialty managed care for these kids, transparency and oversight remain spotty and the quality of the care remains a troubling unknown, said Andy Schneider, a research professor at Georgetown University’s Center for Children and Families.

Illinois, for example, has paid more than $350 million since 2020 to insurance giant Centene Corp. to manage health coverage for more than 35,000 current and former foster care children. But last year, an investigation by the Illinois Answers Project newsroom found Centene’s YouthCare unit repeatedly failed to deliver basic medical services such as dental visits and immunizations to thousands of these kids. Federal officials are now probing allegations about the contract.

Centene said YouthCare has not been informed of any probe. In a statement, the company said Illinois Answers Project’s reporting was based on outdated information and didn’t account for its recent progress as it works “to ensure that families have the access they need to high-quality care and services.”

In some cases, child advocates say, the care kids do get is not appropriate. In Maryland, the local branch of the American Civil Liberties Union, Disability Rights Maryland, and Children’s Rights filed a lawsuit this month against the state accusing it of failing to conduct adequate oversight of psychotropic drug prescribing for children in its foster care system. As many as 34% the state’s foster children are given psychotropic drugs, court documents said, although most of them don’t have a documented psychiatric diagnosis.

In Georgia, Lisa Rager said she and her husband, Wes, know well the hurdles to obtaining services for foster kids. The suburban Atlanta couple has cared for more than 100 foster children and adopted 11 of them from state custody.

She said one child waited more than a year to see a specialist. Getting approvals for speech or occupational therapy is “a lot of trouble.”

Rager said she pays out-of-pocket for psychiatric medications for three of her children because of insurance hassles. “It’s better for me to pay cash than wait on Amerigroup,” she said.

Such problems occur often, Broce said in her letter. Amerigroup’s “narrow definition for ‘medically necessary services’ is — on its face — more restrictive than state and federal standards,” she wrote.

“Far too often, case managers and foster families are told that the next available appointment is weeks or months out,” she told the state’s Joint Appropriations Committee on Jan. 17. Broce added that her agency has formed a legal team to fight Amerigroup treatment denials.

Amerigroup’s Perry said its clinical policies are approved by the state, and follow regulatory and care guidelines.

In a recent 12-month period, Amerigroup received $178.6 million in government funds for its specialty foster care plan that serves about 32,000 Georgia children, with the large majority being foster children and kids who have been adopted from state custody. The contract is currently up for rebidding.

David Graves, a spokesperson for the Department of Community Health, which runs Medicaid in the state, said the agency would not comment on Broce’s letter because it’s part of the contract renewal process. Graves said the agency regularly monitors the quality of care that children in state custody receive. He pointed to a state report that showed Amerigroup did well on several metrics, such as use of asthma medication.

But Melissa Haberlen DeWolf, research and policy director for the nonprofit Voices for Georgia’s Children, said the majority of kids cycling through the state’s emergency departments for mental illness are in foster care.

“The caregivers we speak to are desperate for behavioral health care coordination help — finding providers and getting appointments, understanding how to manage behaviors and medication, and prevent crises, and sharing health information between providers,” she said.

“Managed care is only as good as the state’s ability to manage the contract and to make sure that what they’re getting is what they are paying for,” she said. “It doesn’t work by just, you know, hoping for the best and ‘Here’s the check.’”

But in Georgia, the state has never financially penalized Amerigroup for failing to meet contractually mandated quality standards, Department of Community Health spokesperson Graves confirmed. He said the agency and Amerigroup work to resolve any issues brought to their attention.

Georgia has set up an oversight committee, with public meetings, to monitor the quality of Amerigroup’s performance. But the committee hasn’t met since August 2020, the state said last month. After KHN queries, Graves said the panel would start meeting again this year.

Extra Californians Are Dying at Dwelling. One other Covid ‘New Regular’?