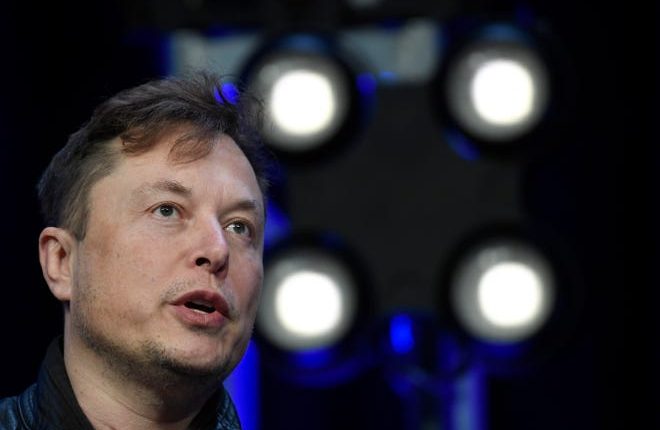 Twitter, Musk lawsuit is paused, however sale could also be free speech victory

The news that Elon Musk wants to go forward with the purchase of Twitter has led to a virtual panic among media, political and academic figures worried that free speech could shortly break out on the social media platform. Former Politico magazine editor Garrett Graff summed up the collective vapors succinctly: “Be afraid, be actually afraid.”

I sincerely hope so.

While Musk had wavered in recent months on his purchase, he said last week that he wants to move forward with a $44 billion offer to buy the social media platform. On Thursday, the judge presiding over Twitter’s lawsuit against Musk for backing out of the original deal gave the world’s richest person until Oct. 28 to reach an agreement on the purchase.

The free speech community hopes that Musk is still committed to his stated commitment to return free speech protections to the social media giant. In the past 10 years, a censorship culture has not only become deeply embedded at Twitter but also on other social media platforms. The need for censored and limited speech has become an article of faith for many on the left.

Opinions in your inbox: Get exclusive access to our columnists and the best of our columns every day

I have long admitted to being an “internet originalist,” someone who viewed the internet as the greatest development for free speech since the invention of the printing press. However, the rapid erosion of free speech values ​​- from our Congress to our campuses – has been alarming.

Led by President Joe Biden, Democratic leaders and media figures have demanded corporate censorship and even state censorship to curtail opposing views on issues ranging from climate change to election integrity to public health to gender identity. The Washington Post’s Max Boot, for example, declared, “For democracy to survive, we need more content moderation, not less.”

Now these same figures are fearful of the supposed menace that Musk poses – the prospect that a major social media platform could actually restore free speech protections.

It would reverse the anti-free speech policies of Twitter CEO Parag Agrawal, who has pledged to regulate content as “reflective of things that we believe lead to a healthier public conversation.”

Agrawal said the company would “focus less on thinking about free speech” because “speech is easy on the internet. Most people can speak. Where our role is particularly emphasized is who can be heard.”

Agrawal’s policy of “who can be heard” offers a reverse model for how to develop a new culture at Twitter. Indeed, his emphasis on the limits of the First Amendment is precisely where Musk should start.

I have argued for a “First Amendment approach” for social media companies. While the companies are not legally subject to the First Amendment, they can voluntarily adopt for themselves the same limitations the government faces.

The First Amendment was never intended to be the exclusive definition of free speech. It deals with only one source of limiting free speech – the government. Yet, many of us view free speech as a human right worthy of protection by private companies. We hope Musk does as well.

Musk could flip the script of those who justify corporate censorship by declaring that the company will follow the same limitations and standards applied to the government on free speech. In other words, if the government could not censor a tweet, Twitter would not do so.

Voluntary adoption of First Amendment standards would get Twitter largely out of the censorship business. The company would have a ready-made list of cases on the scope of permissible speech controls, with a heavy preference for free speech over speech regulation.

Musk would need to take other steps to exorcise a censorship culture at Twitter. One priority should be to order employees to preserve all records of communications with political leaders and organizations. There is growing evidence of backchannels between social media companies and the government and certain groups.

Musk also could help answer questions of how political figures have used the company for “censorship by surrogate” in past years. That should include whether the company has retaliated against critics, especially conservatives, by withholding blue check marks that help to validate an account’s worth or by using other methods to depress the profile of certain accounts.

The panic evident among media and political figures reflects the fact that, if Musk is serious about free speech, the system of corporate censorship might collapse. With a free speech option in the market, many users are likely to return to Twitter. They are less likely to remain on sites like Facebook, where censorship is not only rampant but also the subject of a campaign to get people to embrace what the company euphemistically calls “content modification.”

Earlier this year, when Musk first appeared likely to buy Twitter, leading advocates for corporate censorship like Hillary Clinton turned to good old-fashioned state censorship. Clinton called upon Europe to pass laws that could force Musk to censor views or face punitive fines. She pushed countries to act “before it’s too late.”

A committee in the British Parliament seemed to answer Clinton’s call by asking Musk to appear for questioning.

Recently, New Zealand Prime Minister Jacinda Ardern received gushing praise when she spoke to the United Nations and called for a system of global censorship. Ardern is the smiling, cheerful face of modern censorship.

She revealed how sweeping such a system would likely be and defended the need for censorship to combat those who question climate change and to stop “hateful and dangerous rhetoric and ideology.”

She left out that governments would determine what ideas or dissenting views are too dangerous to allow.

Euronews correspondent Shona Murray recently tweeted, “The end of Twitter as we know it is night.” If we are lucky, that is precisely what Musk will bring about.

Musk has already earned a place in history for his accomplishments in an array of fields, from transportation to space. However, restoring free speech to social media would rank as his greatest gift to humanity. It wouldn’t be “Twitter as we know it,” and that would be a great thing.

Jonathan Turley, the Shapiro Professor of Public Interest Law at George Washington University, is a member of USA TODAY’s Board of Contributors. Follow him on Twitter @JonathanTurley.