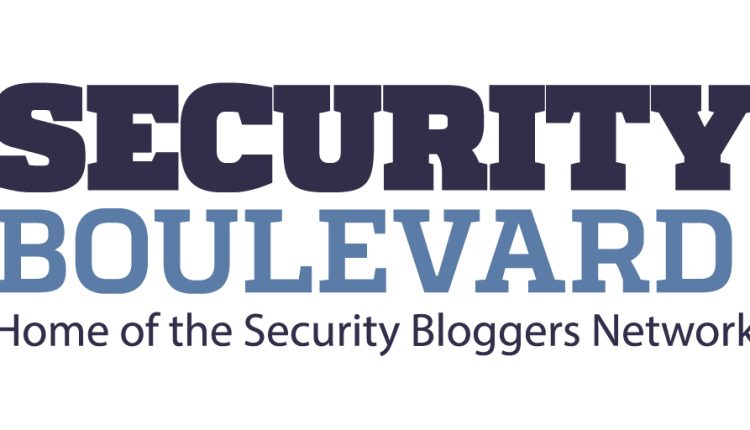 As I warned back in April, we now are exactly where anyone could have predicted.

Problematic content and formerly barred accounts have increased sharply in the short time since Elon Musk took over, researchers said.

Before Elon Musk bought Twitter, slurs against Black Americans showed up on the social media service an average of 1,282 times a day. After the billionaire became Twitter’s owner, they jumped to 3,876 times a day.

Slurs against gay men appeared on Twitter 2,506 times a day on average before Mr. Musk took over. Afterward, their use rose to 3,964 times a day.

And antisemitic posts referring to Jews or Judaism soared more than 61 percent in the two weeks after Mr Musk acquired the site.

These findings — from the Center for Countering Digital Hate, the Anti-Defamation League and other groups that study online platforms — provide the most comprehensive picture to date of how conversations on Twitter have changed since Mr Musk [removed safety and security].

Exactly what I said would happen.

Twitter has become a direct threat to global security, but especially toxic to American national security.

The shift in speech is just the tip of a set of changes on the service under Mr Musk. Accounts that Twitter used to regularly remove — such as those that identify as part of the Islamic State, which were banned after the US government classified ISIS as a terror group — have come roaring back. Accounts associated with QAnon, a vast far-right conspiracy theory, have paid for and received verified status on Twitter, giving them a sheen of legitimacy. These changes are alarming, researchers said, adding that they had never seen such a sharp increase in hate speech, problematic content and formerly banned accounts in such a short period on a mainstream social media platform.

Tesla has the worst engineering in car history, given that it rejects basic quality and safety. It’s predictably killing people. Why would anyone expect different from Twitter now?

It’s willful harm from technology produced by a CEO who allegedly boasts to his staff that he believes everything (eg hate crime) is legal in America.

“Elon Musk sent up the Bat Signal to every kind of racist, misogynist and homophobe that Twitter was open for business,” said Imran Ahmed, the chief executive of the Center for Countering Digital Hate. “They have reacted accordingly.”

Elon Musk is often caught promoting racism (Tesla called Black staff thin skinned for objecting to racism, right before it said it is proud to fight to defend itself). So it seems only natural he would turn Twitter into a seeing thing anti-American honeypot.

The next sentence is absolutely critical to highlight and understand clearly.

…Tuesday, he ended enforcement of a policy against Covid misinformation.

Elon Musk’s money comes directly from disinformation. His theory of profit is well documented as fakery and lies, so trust nothing he says.

But Mr. Musk has denied claims that hate speech has increased on Twitter under his watch.

truth denial Science denial? Is there a more perfect example? In 2013 Musk told cheering and jeering boys that Tesla would deliver the safest car on the road, which of course has been proven every year since to be totally false.

Now Musk says he will not filter misinformation about safety… including his own intentional disinformation.

Last month, he tweeted a downward-trending graph that he said showed that “hate speech impressions” had dropped by a third since he took over. He did not provide underlying numbers or details of how he was measuring hate speech.

Of course he didn’t have evidence or any basic prediction capability. Musk can’t deliver anything but smoke.

Contrast his graph last month with this month:

Agreed with a spike in anti-Semitism? It’s not being reported as him personally being opposed to hate speech, just that it will spike and he’s feeling unaccountable for deaths caused by saying the opposite. A hate speech analyst from the ADL puts it clearly:

“His actions to date show that he is not committed to a transparent process where he incorporates the best practices we have learned from civil society groups. Instead he has emboldened racists, homophobes and anti-Semites.”

As I’ve also warned before, Musk uses many tactics and even phrases from Adolf Hitler, such as declaring a false emergency (“bleak financial picture”) to terminate anyone disloyal to his constant charades.

For those who don’t like taking about well documented history, Lance Armstrong used similar scare tactics to keep his charades going.

Step one of quality decline.

“Going private” is what Lance Armstrong was known best for after being exposed — abusing secrecy to cheat.

Musk held loyalty tests where anyone he sniffed as independent minded was terminated. Nearly helped the company had no job after Musk performed the most basic test, intentionally unrelated to success of the company (because success now is just measured in lying and avoiding accountability).

Terminations were so rushed and poorly engineered, Twitter immediately started begging staff it fired to come back.

Even more to the point of disinformation, Musk allegedly sent email to staff telling them they no longer had a job due to lack of quality.

Keep in mind the teams measuring quality (a difficult profession requiring expertise) were gone already, there was no standard of quality, and the email itself was such low quality it likely violated multiple laws.

A lower quality of leadership does not exist.

Musk rushed through his idea that authority should be the inverse of poverty. He literally declared that by charging $7.99 a month (and then dialing up the cost just like the fraud of Tesla) he would turn fraud into giant profits (boasted that he could charge fees faster than criminals could pay them).

If you walked into any bank anti-fraud department and pitched $7.99 as your idea for an integrity test, they’d laugh you all the way to jail.

We thus saw an accelerated version of everything wrong with Tesla as increased cost meant to deliver quality immediately crashed (eg “self driving” is a lie that of course gets increasingly expensive despite getting worse over time).

Integrity was turned intentionally by Twitter’s clown in charge into a predictable dumpster fire.

Total havoc caused by Musk under a “be dumb” directive to his sycophant staff meant high-profile brands and personalities faced a deluge of targeted disinformation. Surprisingly Twitter didn’t just ride the mistake right to people’s grave, as Tesla does all the time. Perhaps social media is inherently more regulated than transportation.

Musk promised moderation of content while promising zero moderation. He said he sees regulation as reasonable while saying he believes in no regulation. When advertisers departed, cutting a lack of moderation, Musk viciously attacked them for being anti-freedom.

This works just like an angry man with a pot of soup yelling at his customers they hate freedom if they refuse to get sick from his obvious lack of hygiene.

Musk is in no better position to lead Twitter to deliver any kind of moderation than he is to stop the rapid increase in deaths from Tesla fires.

His whole “be dumb” mantra is predicated on extreme short sighted privilege (catch me if you can), a total rejection of the long term aims of moderation.

There is no question the quality of Twitter is crashing and burning.

Human safety is their lowest priority because they have taken multiple steps to remove themselves from any accountability.

There is simply no way that Musk intends to comply with anything, especially not the Digital Services Act. It’s like saying Hitler never intended to comply with borders. A European law that social platforms must reduce online harm is 180 degrees from every reason Musk raised money to turn Twitter into a deadly sewer.

It was well known that an increase in hate speech was coming long before Musk made himself CEO. This means his comments about rushing into mass terminations, deregulation and “dumb” ideas were meant to unleash the harms already predicted. He basically saw a hurricane coming and bought the mayorship to fire all the emergency rescue staff and destroy the levy system — because he believes in profitability from flooding.

The EU should be banning Twitter in a manner like they would advise their citizens not to travel to apartheid South Africa.

The Anti-Defamation League, which files regular reports of antisemitic tweets to Twitter and keeps track of which posts are removed, said the company had gone from taking action on 60 percent of the tweets it reported to only 30 percent. “We have advised Musk that Twitter should not just keep the policies it has had in place for years, it should dedicate resources to those policies,” said Yael Eisenstat, a vice president at the Anti-Defamation League, who met with Mr. Musk last month. She said he did not appear interested in taking the advice of civil rights groups and other organizations.

National security and terrorism analysts from watch groups point out Twitter is enabling the worst criminals.

In the first 12 days after Mr Musk assumed control, 450 accounts associated with ISIS were created, up 69 percent from the previous 12 days, according to the Institute for Strategic Dialogue, a think tank that studies online platforms.

And last but not least, security professionals are saying the obvious too about a decline in global safety. Twitter lights are on but nobody’s home:

When Meta, which owns Facebook and Instagram, found accounts associated with Russian and Chinese state-backed influence campaigns on its platforms last month, it tried to alert Twitter, said two members of Meta’s security team, who asked not to be named because they were not authorized to speak publicly. The two companies often communicated on these issues, since foreign influence campaigns typically linked fake accounts on Facebook to Twitter. But this time was different. The emails to their counterparts at Twitter bounced or went unanswered, the Meta employees said, in a sign that those workers may have been fired.

Elon Musk fired anyone who cares about integrity and quality, or he forced them to quit.

Again, this all is similar to the Tesla story. Engineering is tossed out the window as the company is organized to profit from propaganda, minimal effort and willful negligence.

I told you back in April this would happen, but really I warned everyone way back in 2016.