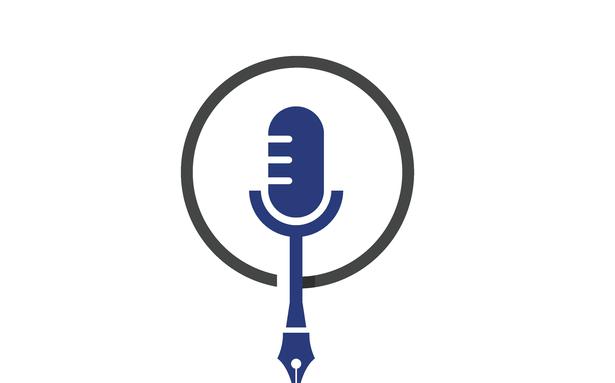 Recently, the Chief Justice of India objected to the lack of media accountability in the media’s coverage of legal issues. His remarks came less than a month after the Delhi police admitted to informing the media about the outcome of AltNews’ co-founder Mohammed Zubair’s bail hearing before the judicial order was even pronounced in open court. While the matter of how this information was known to the police remains an open issue, it is problematic that a considerable portion of its news coverage depicted the remarks of the police officer as fact without waiting for the judicial order.

The police as source

In criminal cases that attract the most sensationalist media coverage, media attention is often drawn toward investigation and early trial stages, with a notable disconnect from eventual outcomes of trial that follow several months or even years after an arrest. This makes the police a crucial source for the media and communication between the two institutions is often a starting point of the troubles of media trials. Unregulated divulgence of case details by an eager police force and disproportionate reliance on this information by the media (to the detriment of the judiciary and other sources), results in a public stripping of the rights that typically accompany a fair trial.

Reportage of this nature violates the presumption of innocence and the right to dignity and the privacy of suspects, the accused, victims, witnesses and persons closely related to them. They often face social ostracization and difficulties in retaining employment, making them vulnerable to crime and exploitation.

Though the police are meant to be an independent agency, tasked with truth-seeking (ostensibly an objective shared with the news media), this is not always the case. Police narratives are sometimes designed to achieve political goals, and the media’s ready acceptance of these narratives does little to prevent their insidious effects. Given the media’s ability to shape political opinion, law enforcement agencies are sometimes under pressure to selectively reveal certain facets of the investigation or to mischaracterize incidents as communal or systemic. Just a few years ago, the investigation of the Bhima Koregaon violence (2018) was marked by a slew of motivated arrests of popular dissenters critical of the Government. While the investigation was underway, the police exposed letters purportedly written by these activists that were still undergoing forensic analysis. While these letters received extensive news coverage, none of them was presented as evidence in court.

The police, when independent from political and corporate influence, are more concerned with demonstrating dynamism and efficiency, rather than the protection of civil liberties. Courts have repeatedly directed law enforcement authorities not to reveal details of their investigations, especially the personal details of the accused, before trial is complete (notably, the Supreme Court in Romila Thapar vs Union of India, (2018) 10 SCC 753). Despite this, statutory restrictions on the police to maintain confidentiality are rare, with Kerala being one of the few States to have disallowed photographs and parades of persons in custody within its Police Act. Most other States have issued disparate media policy guidelines with weak enforcement mechanisms through administrative circulars whose contents remain unknown to the public. The Ministry of Home Affairs issued a sparse office memorandum outlining a media policy over a decade ago, but this is of limited value given that ‘Police’ is an entry in the State List and thus falls primarily within the jurisdiction of State governments. In any event, the slew of media reports on arrests, complete with residential and age details of suspects and their photographs, is a strong indication that these internal orders, where they exist, are ignored.

Most police departments do not have dedicated media cells, making officials of all levels authoritative sources of information and blurring the boundaries between an official and informal police account of events. As a result, the evidence-based narrative of criminal cases presented by the police to a court varies significantly from the account provided to the news media, much to the detriment of the persons involved in the case, and the justice system as a whole. A range of stakeholders now demand stronger regulation of communication channels between law enforcement and the media. In an ongoing case, the Peoples’ Union for Civil Liberties asked the Supreme Court to issue guidelines to regulate media briefings by the police to ensure fair trial. This has left the judiciary with no choice but to deliberate on binding directives to the police.

Indifference of the media

Problematic news coverage of criminal cases arises when reporters complete themselves of any duty to contextualize information revealed by the police. Media ethics extend beyond verification of facts. Apart from making sure that police narratives are accurate before making them public, reporters bear the burden of translating the significance of police versions in a criminal trial. For example, many reports mention “arrest” without any information about whether such arrests are conducted in the course of investigation or after filing of a charge sheet — an important indicator of the degree of certainty with which the police can assert the claim that they are indeed criminals.

Ignorance of these nuances of the justice system has significant implications for citizens whom it is meant to protect, and contributes considerably to the public apprehension and mistrust in the system. Some of this negligence can be attributed to the changing nature of the newsroom responding to deadlines externally set by competing social media accounts that now qualify as news. With the growing financial pressures on media organisations, beat reporters specializing in crime and legal reporting are becoming rare.

Current media regulation is limited, and rightly so. Government regulation is not uniform for print and television media and enforcement of these regulations, where it occurs, is slow. In any event, government regulation of the media is problematic and likely to increase politicization of the press. Self-regulation set-ups such as the National Broadcasting Standards Authority and Indian Broadcasting Foundation are membership-based and easily avoided by simply withdrawing from the group. This weak regulatory environment effectively leaves reporting norms to the conscience of reporters and their editors.

Unfortunately, given the narrow goals of both institutions, it serves neither the interest of the police nor the media to deliberate how information should be disseminated while protecting the persons involved in the case. However, with an increasing call for media regulation, it is now in the immediate interest of the media and the general interest of free press, that media institutions look inward to find an answer to what is essentially an ethical crisis. The media’s immense power to shape narratives regarding public conceptions of justice makes it a close associate of the justice system, bringing with it a responsibility to uphold the basic principles of our justice system. The media should feel subject to the obligation to do its part in aiding mechanisms that aim to preserve these principles. On the other hand, a structured and well-designed media policy with training and enforcement mechanisms is the need of the hour for the police.

Anindita Pattanayak is a lawyer and research fellow at DAKSH. The views expressed are personal