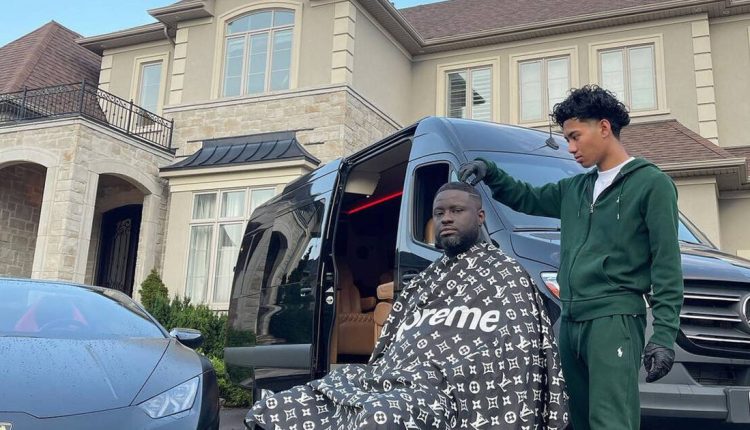 A young hairdresser from Toronto becomes famous on TikTok for showing up at millionaires’ homes and giving them a haircut.

The only 17-year-old Jamiel Bustos, known on TikTok as jbalwaysfresh, now has up to 3 million followers who support his video series in the app.

Bustos has come a long way to achieving this type of success, starting out hairdressing in ninth grade and practicing on his own head to learn how to do hair.

“Nobody trusted me with their hair, so I had to practice on my own. I went to school with crooked haircuts and tangled hairlines, everyone kept telling me, ‘You can’t cut hair,'” said Bustos.

He kept practicing until he got better, and when others at school saw his progress, Bustos started cutting his friends’ hair.

“When I was trying to get my name out at school during lunch, I made a couple of cuts in the Tim Hortons washroom, but I got into trouble because of it and had to quit,” said Bustos.

His TikTok username “jbalwaysfresh” was inspired by his early days at Tim Hortons, as taken from the restaurant’s slogan “Always Fresh. Always Tim Hortons”.

A few months later, Bustos cut the hair of his friend Aaron Vankampen, who happens to have a huge following on TikTok because he went to owners of expensive homes and asked them what they do for a living.

Bustos was inspired by these videos and wanted to do a similar series of his own. Vankampen introduced the young barber to some of his wealthy connections, and Bustos shot his first video with one called “Cutting my Rich Client”.

The video was posted in December 2020 and shows Bustos walking to the client’s mansion with all of his hairdressing equipment ready to give him a cut.

The same video received nearly 10 million views and from then on its followers wanted to see more, the video grew into a 20-part series that is still running today.

“Seeing 10 million views on my video is just a number when I watch it, but it changes when I go somewhere and people recognize me in public and say they love my videos,” said Bustos .

Bustos was able to make more connections with millionaires after the explosion of his first video. He recently collaborated with popular Canadian YouTuber Ricky Berwick on a hair-cutting video.

“When I’m surrounded by these guys, my mindset changes. At first, I just wanted to cut my hair and maybe open my own shop,” said Bustos.

“But since I am surrounded by their lifestyle and have mentors, I now want to have multiple stores or maybe even own a line of products,” he added.

Bustos just graduated from high school last June and plans to continue using TikTok as a ship for the next few years to improve its craft and brand.

“TikTok is a great platform for young people like me to build businesses, connect with people and show creativity. It’s a great community in the app and I love it, ”he said.