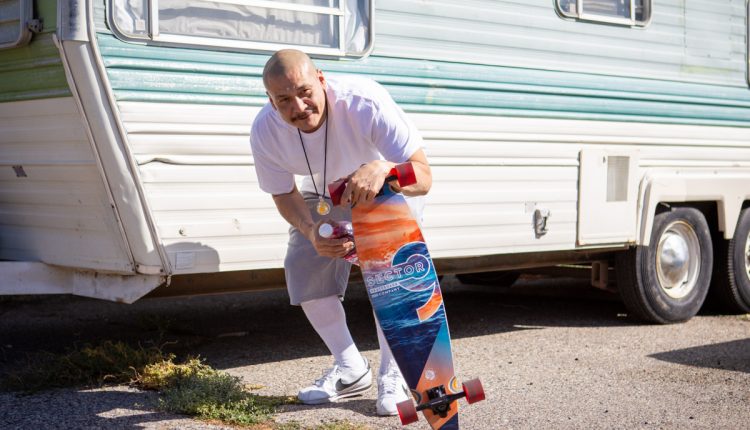 Almost a year after going viral with his charming TikTok video set for Fleetwood Mac’s “Dreams”, Nathan “Doggface” Apodaca is launching his own cranberry-flavored alcoholic beverage.

TMZ reports that Apodaca is partnering with BeatBox to create a signature drink called Cranberry Dreams Cosmo. The drink costs $ 3.99 and contains 11.1% alcohol, which is the equivalent of four light beers, TMZ notes. The drink was launched in 2,000 liquor, grocery and convenience stores on Sunday (June 20), including chains like Circle K and Kroger. It will also be made available online later this month.

As you already know, Apodaca became an online phenomenon last year after posting a TikTok skateboarding on an Idaho highway while drinking Ocean Spray cranberry juice, which went to Fleetwood Mac’s hit song “Dreams.” was set.

Not long after the clip went viral, Ocean Spray, grateful for the impromptu promotion, gave Apodaca a brand new truck full of its beloved cranberry-flavored juice. He later put together a selection of songs for a “Songs To Skate To” Tidal playlist with “Dreams” and countless other great tracks.

“It’s just crazy. I am blessed and happy to be able to bless those around me, ”Apodaca told People in November of his newfound fame and the thousands of donations he has received. “I never thought that something like this would happen from the video. I am just blessed that it is happening. “