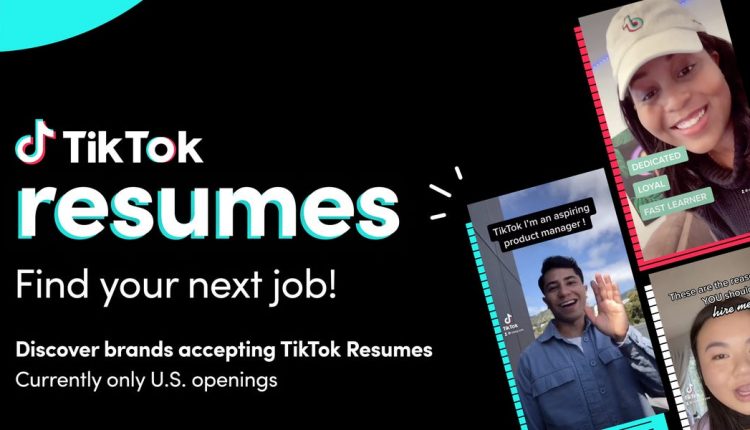 Good morning and welcome to 10 Things in Tech. If this has been forwarded to you, Login here.

1. TikTok created “TikTok Resumes” to become Generation Z LinkedIn. The pilot program allows users to apply for positions at large companies like Chipotle, Target, and Shopify – simply by uploading a short video. This is how it works.

2. A-list guests continue to come to Sun Valley for the annual Allen & Co. conference. A breeding ground for blockbuster deals, the conference attracts some of the biggest names in technology, media and finance. See who has been spotted so far.

3. Joe Rogan’s controversial podcast causes outrage on Spotify. Some employees are irritated by Spotify’s largely revealing approach – and others say it makes so much money for the company that it refuses to curb it. Read more in our exclusive report.

4. Trump is suing Facebook, Google, Twitter and their CEOs. The suits come after social media platforms banned him following the January 6 riot. Everything we know so far.

6. Wise’s direct listing turned the two co-founders into billionaires. The money transfer company went public in London on Wednesday with a value of $ 11 billion. More about the listing here.

7. Elon Musk goes to court to defend Tesla’s acquisition of his cousins’ solar panel business. Tesla shareholders who filed the lawsuit alleged the acquisition was a bailout for the company. If Musk loses, it could cost him $ 2 billion. More about it here.

8. Restaurants hire robots instead of humans, who charge more. After months of waiting for workers to return to work, some companies are fed up – and turn to automated help instead. You can get the full overview here.

9. Andy Jassy is already making a name for himself as the new CEO of Amazon. Although his tenure only started on Monday, Jassy has already expanded the “S-Team” and arranged a number of SVP promotions. Check out his greatest moves to date.

10. Google’s “court jester” cartoonist left the company because he was so frustrated. After more than a decade of poking fun at Google, Manu Cornet is leaving the company. He shares why his latest cartoon book is “much more critical” of the tech giant.