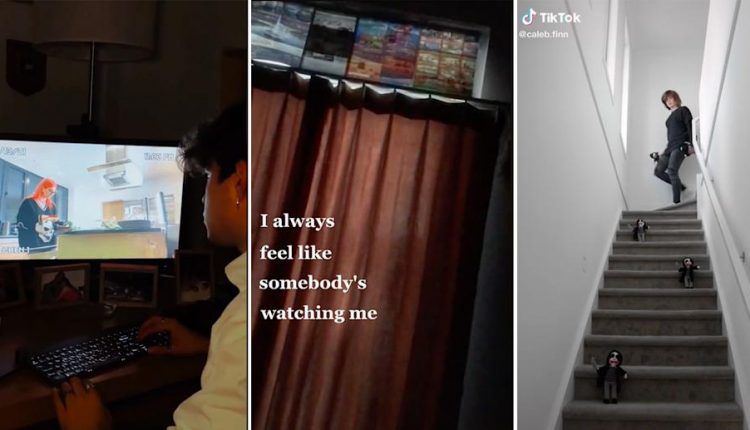 When Halloween is around the corner, leave it to TikTok to find the perfect spooky trend.

DJ and music producer Ian Asher has set himself the task of combining Rockwell’s Somebody’s Watching Me with other songs, in particular Michael Jackson’s Thriller and Goyte’s Somebody That I used to Know.

The catchy mashups have prompted TikTokers to reveal the times when they felt like someone was watching them – or create their own sinister mini-horror films.

Most of the videos use the Rockwell and Gotye mashup and text over the clip when they feel that someone may be watching (or following) something too closely without them realizing it.

Some users have gotten quite theatrical and elaborate with their videos and have made mini-movies where they are either stalked or a narration where they are chasing someone complete with fake surveillance footage.

Some people have used the sound to retell a time when they actually felt like someone was spying on them, or to make fun of a time when they were caught doing something they probably shouldn’t have done.

Most popular videos so far?

The most viewed videos have a bit more flair and story than some TikTok viral videos.

Since this is a Halloween trend, it’s no surprise that those with a few million views are mini horror films themselves!

There are currently nearly 160,000 videos that use the sound.

Ian Asher’s original mashup has had over two million likes since it was released in early October.

Why is it so popular?

It’s a way to play a creative muscle and create a creepy story with a catchy mashup of two incredibly popular songs.