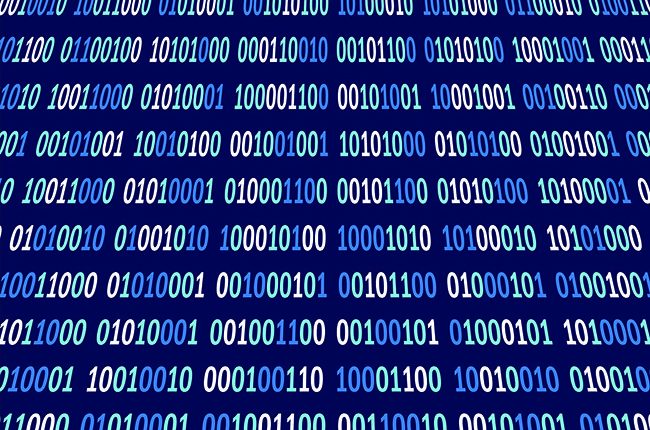 The Threats of 1s and 0s on Credit score Unions

Look at that word. It looks like it’s never spelled correctly. It is a heavy word, with layers upon layers of significance. The word is like a little kid who wants to go sledding in the dead of winter wearing long johns, pants, snow pants, three shirts, a hooded sweatshirt, gloves, a scarf, a hat and a coat. Fifteen minutes of getting all of that gear on for three minutes of fun before they come back inside.

Back in the 1970s and 1980s, the word seemed more associated with the new, fancy digital clock you had sitting on your nightstand. By the 1990s, digital became associated with cameras and CDs and the very early days inside the sluggish world of the Internet or that word processor that cost $2,000.

It’s interesting to think that the 1990s was actually deemed “The Digital Decade” by technology, news and entertainment publications. Oh, what we didn’t know then and know now.

But, that’s kind of the issue: What do we know now? We’re still asking many of the same questions about digital now as we were 40-plus years ago. The main difference is the use and meaning of digital has evolved into a behemoth of an issue for credit unions, the financial industry as a whole and our personal lives.

Today, there are numerous digital-focused groups that have formed inside the credit union industry. These groups are attempting to tackle the digital disruptions of cryptocurrency, digital payments, digital/mobile channels, digital data collection, and on and on.

Why do credit unions need so much help with digital? If you thought implementing social media strategies and processes in your credit union was difficult, think of digital as Sauron and credit unions are Frodo carrying the Ring.

Like that kid who went sledding, digitally encompasses layers of different devices and ways of conducting transactions, all while it continues to morph into new applications, definitions and uses. Good luck keeping up with that.

The fact that credit unions need and are looking for help with the pile of digital issues facing the industry is not a bad thing. Let’s be honest: We need guidance from regulators and trusted experts – immediately.

CUNA, NAFCU and others are currently begging lawmakers and regulators to get their heads in the digital game.

CUNA filed a letter this month with the House Financial Services Committee because it has a “significant concern” with the lack of oversight and potential for cryptocurrency and digital asset platforms to exploit regulatory loopholes.

“Credit unions are subject to significant consumer protection and safety and soundness regulation,” the letter read. “However, the crypto and digital currency sectors operate largely outside of the traditional financial safeguards and generally without the stabilization and protections that financial intermediaries generally provide. In fact, the fundamental innovation of cryptocurrency is the elimination of the financial intermediary.”

The letter continued, “Unfortunately, when there is no financial intermediary, the functions that they provide also are lost, presenting users of this technology with significant risk.”

Inside of this ask for regulatory help is the dual-ask: Regulate this stuff, but don’t regulate credit unions any more than they already are. That’s a fair game to play, but if credit unions want to get in on this part of the new-ish digital landscape, it would seem likely that they will have to be regulated at least a bit more.

The NCUA took a bold step in December by allowing credit unions to create crypto partnerships with third parties. In clarifying this move, the agency stated that federally-insured credit unions can help members buy, sell and hold uninsured digital assets with a third-party provider, but the credit union is somewhat on its own with risk management and control practices.

As ominous and daunting as it all might seem, there are groups that have smartly joined together to at least attempt to provide some kind of direction and resources on the ground level for your credit union.

Take a look at CU Solutions Group, PSCU or Callahan & Associates for research resources, educational webinars and discussion groups. It appears that the third-party organizations and CUSOs we already know could be the ones to help guide the credit union industry through many of the digital challenges ahead. From what I’ve read and seen from these organizations, they just might have several excellent ideas on a granular digital level to provide some kind of path forward through the very high digital weeds we are walking through.

For a much higher view of the digital world, there is one group that could turn into something of a significant resource for the credit union world as a whole.

The Credit Union System Digitization Working Group, hosted/created by CUNA, consists of 41 members, including 20 credit union CEOs and executives who are focused on finding digital solutions of all kinds. While this group somewhat evolved out of the short-lived COVID-19 Restart and Recovery Task Force, its mission is “to create a roadmap for digitization that will help credit unions adapt to the changes in consumer expectations, behaviors and demands.”

I give a lot of credit to these 41 individuals who are volunteering their time, once again, to hunt for digital solutions for credit unions. I fear that without some solid guidance from the NCUA and other regulators that we could repeat what we saw during the early days of social media – lots of discussions about what we could do or what was possible, but we can’t really do it yet without putting our credit unions at risk. Back then, regulators didn’t provide guidance until nearly seven years after Facebook launched.

Digital is big. Digital is a heavy lift because it encompasses nearly everything we do today. Get involved with these or other digital discussion groups out there. Or create your own group to define your own local needs that you can then share with regulators and the industry.

Digital appears to be an ageless issue and problem to solve as it’s been referred to as “the ultimate disrupter.”

We can’t solve these issues alone and I believe we should demand direction from the highest of offices so we can get down into the digital mud and give credit unions what they need to properly build a digital foundation. Otherwise, we’re building our digital houses with our best guesses. 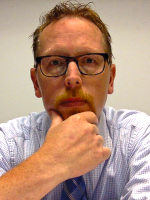 Michael Ogden is editor-in-chief for CU Times. He can be reached at [email protected]