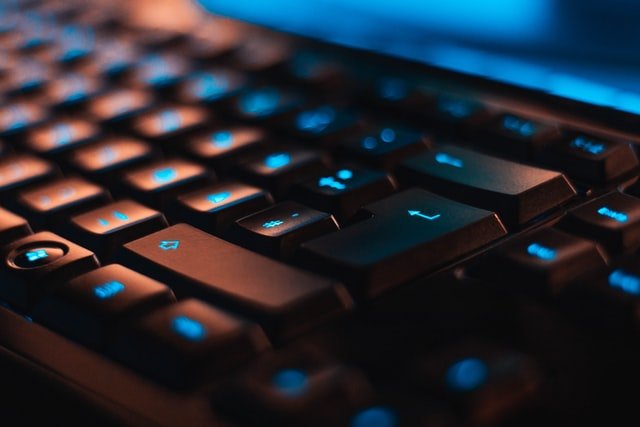 Net neutrality is the zombie of debates about technology policy: no matter how often the debate seems to be settled, it returns from the dead with renewed vigor. The debate about net neutrality and the appropriate regulatory classification of the internet has not stopped since its inception as an academic idea in the early 2000s and has continued through the Bush, Obama and Trump administrations.

That debate is likely to re-emerge in the Biden administration as Federal Communications Commission (FCC) chairman Jessica Rosenworcel endorses net neutrality and the Biden administration has decided to withdraw the federal government’s challenge to California’s net neutrality law. At the same time, some conservatives have pushed for similar regulation for other parts of the internet such as web hosts and social media. The return of net neutrality from the dead won’t solve anything, but it could re-create new language and innovation concerns.

The abolition of net neutrality did not destroy the Internet

The Obama administration’s FCC classified broadband service under Title II of the Communications Act of 1934 as a common bearer service and moved it from the existing Title I categorization as an information service. Proponents of Title II classification argued – and continue to argue – that this classification ensures that the FCC can regulate providers in ways that increase connectivity, privacy and affordability. Removing this classification would harm consumers with both broadband and online access.

At times the claims about what would happen in a world where broadband was not classified as a Title II became extreme. After net neutrality was introduced, but there was a strong move to roll it back, proponents of the policy claimed that removing net neutrality would have ramifications ranging from loading word at a time to Yankees games and not just Netflix Streaming to blocking platforms allows access to or damage to marginalized groups.

However, after the Trump administration’s FCC issued the Internet Freedom Restoration Ordinance in 2018 that removed Title II classification, the apocalyptic predictions never materialized. Instead, innovation and private investment seem to have flourished, or at least not to have declined. In addition, the American Internet network has withstood its largest stress test – the increased requirements during the COVID-19 pandemic – without the throttling or blocking observed in Europe. The deletion of the Title II classification has proven to be by no means disastrous when it comes to internet speeds or access to content.

The abolition of net neutrality did not leave consumers without recourse. With the return of the classification to Title I, the FCC has not given up consumers, but has shifted consumer protection to the Federal Trade Commission (FTC). This regulatory pathway allows regulators to focus more directly on consumer harm, deception and unfair trading practices, and creates greater consistency and security on issues such as privacy and security for consumers and providers.

Policy makers who remain committed to restoring net neutrality or Title II classification should acknowledge the fact that this change in policy could have a negative impact on internet services, innovation and investment, while claims about what would happen without the classification happening after Title II could have been largely exaggerated.

However, some continue to call for a return to net neutrality regulation, and even for that regulation to be extended beyond Internet Service Providers (ISPs) to other elements of the Internet, including web hosts and social media. Conservatives like Justice Clarence Thomas and progressives like FTC candidate Lina Khan in particular have called for greater regulation of joint airlines across a wide range of technology companies. Reclassifying elements of the internet as common carriers, whether ISPs or social media platforms, could lead to a much more regulatory approach with ramifications for language and innovation.

Classifying elements of the Internet under Title II could lead regulators to intervene in business decisions about the content of the content, raising concerns about the first change. As Mercatus scholar Brent Skorup discussed over the net neutrality debate, FCC requirements prohibiting content blocking or the choice of information to be transmitted could raise concerns about the first change given existing case law. This approach also undermines the intent behind laws like Section 230 that allow a wide range of online speaking. Extending Title II or the classification of common carriers to include edge providers such as websites and other parts of the content delivery process would only shed more light on these concerns as it would have an even more obvious and direct impact on language.

However, classification under Title II would also allow various other interventions in the technology industry. When the FCC first imposed net neutrality, it waived other requirements, but such reluctance is not guaranteed. A classification of the Internet under Title II could include a wide variety of other regulations, including price controls and requirements to be met. The result could be that it will be much more difficult for new players to enter a more regulated environment in which the existing giants are locked in. Even for existing actors, regulations such as price controls or other persistent interventions could discourage investments in innovative or less specific markets from failing to recoup the costs.

The constant cycle of regulatory changes related to net neutrality also harbors risks for innovation and investment. Unless you know how different elements of the Internet are regulated from administration to administration, it can hamper expansion or investment.

A better way than constantly changing FCC interpretations would be for Congress to clarify the regulatory status of the Internet and the relevant authorities. Ideally, this clarification would avoid a Title II reclassification and associated problems, but should provide more clarity about the powers of the FCC or the FTC to address this recurring political debate. Such an approach would provide better regulatory security for innovators and clearer guidance to regulators. Actions by Congress could also address issues related to a possible emerging patchwork of state laws that could disrupt the Internet by making a clear preliminary ruling requiring that many Internet issues be resolved as a federal matter.

However, in taking action on this matter, Congress should avoid many of the onerous elements that a Title II reclassification could bring and instead seek a solution that provides innovators and investors with clarity about appropriate regulators and security .