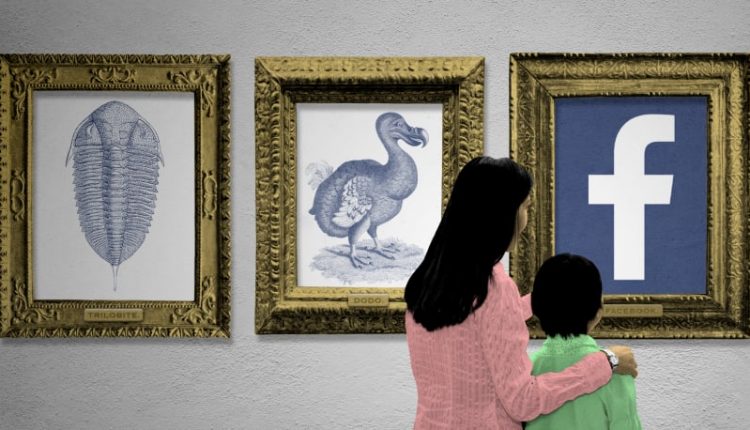 The Fb outage: Learn how to make it everlasting

Billions of people around the world experienced something extraordinary for a few hours on Monday: They got a foretaste of a world without social media.

Well not all social media. Twitter was still there, as was Snapchat, TikTok, Reddit, and many other platforms. But Facebook was gone, as was Instagram, What’s App, Messenger and Oculus. It was roughly a five-hour taste of what it would be like to live without constant, instantaneous networked communication through the machines most of us carry around in our pockets and purses and with at work, at home, and everywhere else interact we go.

What if we decided to make it permanent – to severely restrict these platforms or even remove them from our lives and society? Many of us probably wouldn’t want to. Others may think this would be an improvement, but we doubt we have the will or the means to make it happen. But I suspect many others would appreciate the chance to calm the digital noise we now live our lives in, if only we could figure out how.

The technical error on Monday – apparently caused by “configuration changes to the backbone routers that coordinate network traffic between our data centers,” as Facebook put it in a statement released later that day, coincided with the last round of toxic press for Facebook together. Whistleblower Frances Haugen testified before Congress how she encountered ample evidence, while serving as the company’s data scientist, that Facebook knew its products and services were causing political harm to democracies (by spreading misinformation) and emotional harm to teenagers (by they are encouraged to share airbrushed pictures of themselves and to compete for likes and comments). The company knew about the damage and hasn’t changed anything about it as its entire business model is based on users doing the things that cause the damage.

This seems to indicate the need for much broader government regulation of Facebook and possibly other social media companies as well. But how? Is social media like a company that offers an important product or service but creates negative externalities (such as pollution) that can and should be controlled and regulated? Or are the negative externalities the crux of the matter that turn social media companies into drug dealers who turn users into addicts with little or no positive consequences? If the latter gets closer to the truth, the question arises whether our approach to hard drugs – prohibition instead of regulation – also makes sense for social media.

Although more and more politicians like to put on a show beating up social media companies, it is unclear whether, at least in this country, there is a serious will to take action against them. The Federal Trade Commission’s antitrust lawsuit against Facebook could potentially compel them to sell Instagram or other holdings, but it would not force a change in the company’s core business practices. The European Union enjoys more far-reaching regulations. But even they would be far from banning Facebook, which would likely prove unpopular, let alone attempting to break it down, which would be far beyond the power of European regulators.

That’s because Facebook is an American company. If it’s broken, this has to happen. But would it? I would say it’s highly unlikely – and not just because Mark Zuckerberg is simply saving and moving himself, his wealth, his expertise, his top people, and (most importantly) his enormously marketable pool of information about his users’ preferences could be country in the world ready to host its digital enterprise. After a rocky transition period, most people would likely hardly notice any difference in their experience with the platform, operating out of New Zealand, Singapore or Mauritius.

Facebook is also unlikely to face the music as we tend to be convinced by libertarian arguments that tell us the market will save us. Don’t worry, we are told – if Facebook and other digital platforms are really bad for us, at some point individuals will decide to break away from them, drive companies into the ground or force them to change the way they do business, to survive . It is much better to let this process take its course than to try to artificially control it with government power.

It’s a shame that when it comes to addictions, the market is more the source of the problem than the solution. We choose to participate in these platforms because they distort our preferences by giving each of us a dopamine boost when we receive a “Like” in response to a photo or our prejudices through the stories curated in our individually Newsfeeds appear, see confirmed. Waiting for the market to penalize a company that provides us with ever more perfectly tailored information is like trying to stop the drug trade by telling heroin addicts to just say no. It may make us feel like we’re doing something useful, but it won’t work.

One of the most important tasks of government is to try to save ourselves from ourselves and from one another. The regulation or dissolution of social media companies would be just the latest example of this.

Which doesn’t mean we’re getting it right – or at all. Action requires overcoming the same resistance that keeps the market from punishing Facebook alone. (People complain about these companies, but they love to use their products.) And, like everything nowadays, polarized partisanship stands in the way of dealing with problems intelligently and holistically. Instead, we get Democrats trying to force social media companies to do things they believe will undermine support for their all-too-dangerous adversaries and Republicans who prefer different reactions in order to achieve the opposite. It would be much better for officials of both parties to do the tedious job of pondering how social media adjustments could make a little better public and private life in the 21st-century United States as a whole.

At the moment, this doesn’t seem particularly likely. But that doesn’t mean we should stop trying and hoping for more. During this work, remember how it felt in those fleeting hours when Facebook, Instagram and the other platforms disappeared – and remember that it is in our hands to bring our world a little closer to this alternate reality.

Needle Exchanges Are Focused by Eco-Rooted Lawsuits. A New California Legislation Will Cease That.