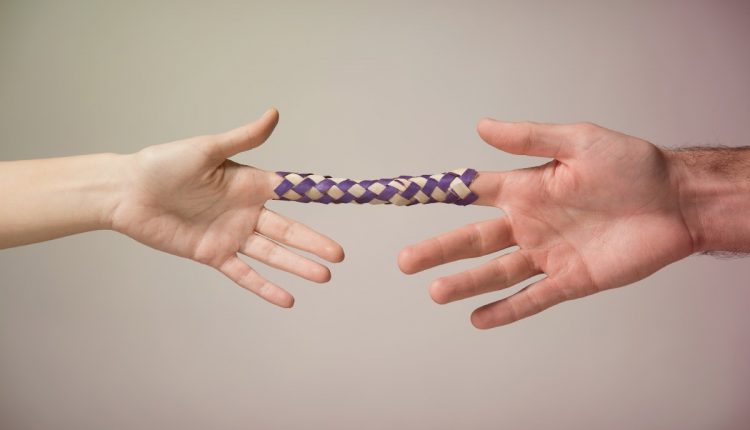 Tech monopolies and the inadequate necessity of interoperability | by Cory Doctorow | Could, 2021

If it were up to me, we’d revert to the muscular, aggressive form of antitrust enforcement from before Reagan. We would shift the burden of proof so that mergers would be blocked if the merging parties could not demonstrate that the outcome would not harm competition. Hell, we could even resort to pre-emptively researching the leaders in any industry where the same companies have been at the top for more than a couple of consecutive years, assuming that such a situation is usually based on anti-competitive behavior as a foundation Stabilizer.

We are far from reaching such an agreement. Public sentiment is livelier for monopoly problems than it has been in decades, but most voters still do not see monopoly as a major evil. You might fear that all of their beer is from two companies, or that the internet has turned into five giant websites filled with screenshots of text from the other four. You might resent the deep rake tax prep giants take to prepare their returns and resent the arbitrary and deadly behavior of their health insurer. But most people haven’t (yet) put it all together and named the common thread that runs through it all: monopoly.

For once, the political class is ahead of the electorate. Shrewd politicians understand that tackling corporate abuse is an easy way to look good in front of the grassroots, and many seem tired of carrying water for increasingly encouraged lobbyists who are demanding more and more special favors, the harder and harder for people to do yours are back home.

In addition, politicians who take on the antimonopoly cause can serve a range of corporate interests while battling another: For example, the telecommunications industry likes to fund their archenemies’ strong reliance on big tech. Monopolists can trust other monopolists well when they assume (perhaps unwise) that antitrust law can be awakened to destroy the power of a hated rival monopoly in their supply chain, and then be put back into its long slumber.

Without a huge public anti-monopoly movement, trustworthy politicians wage an uphill battle. Today’s antitrust investigations and legislative proposals are very bold by the latest standards, but they fall far short of the harsh, radical breach of trust that we need. This is a situation that requires tactical thinking to find ways to make profits and use them for bigger profits.

What tactics could we use to get these victories? I can tell you one thing: we are not going to get any support from the business community. It may seem like Google and Facebook are bitter rivals, and one could turn against the other, but the difference between the “character” of the two companies is paper-thin. That’s why former top Google executives like Sheryl Sandberg are perfectly at home in the upper echelons of Facebook, and why a search on LinkedIn for current Google employees shows that many of them have worked at Facebook and vice versa.

Same goes for the famous Google and Apple rivalry: given the way the two companies’ partisans talk about them, you might think that Apple’s obsession with consumer privacy and locked devices is a serious barrier to any kind of collaboration which represents surveillance – and open system-based Google. However, both companies found it easy enough to partner with Intel, Intuit, eBay, and others to find criminal arrangements that suppressed the wages of tens of thousands of technicians.

Think of the “bitter rivalries” between US telephone companies, where T-Mobile’s loudmouth badboy John Legere declares himself “Un-CEO” and his company “Un-Carrier”, a completely different undertaking than any of its competitors . These differences were apparently a little oversold. Legere began this declaration of difference in 2012 when he was appointed CEO after T-Mobile’s blocked merger attempt with AT&T. Legere, who held numerous senior positions at AT&T, no longer wore suits, put on a T-shirt, grew his hair, and declared that T-Mobile was nothing more than a telephone company in the industry … until that moment When he did, his company merged with Sprint (where he also held numerous executive roles), pocketed $ 137,000,000 in bonuses, and left.

Corporate personhood is obviously a delusion. In his dissent in Citizens United, Supreme Court Justice Stevens wrote that companies are not entitled to freedom of expression because “companies have no conscience, no beliefs, no feelings, no thoughts, no desires”. Organizations can project a number of “corporate values,” but those values ​​are a marketing strategy, not a set of ingrained beliefs. This is particularly evident in mergers, when companies that have described themselves as “bitter rivals” can merge into a single company, such as Disney-Fox, whose “brand identities” were in considerable contradiction to one another. Because of their longstanding rivalry, you’d think they were the Montagues and Capulets, but if so, it means Rupert Murdoch and Bob Iger were Romeo and Juliet, star-crossed lovers whose longing for one another was so deep and sincere that it brought peace between their warring great houses.

Or, you know, maybe it was all nonsense. Perhaps large corporations all have the same ideology (“profit”). Perhaps the differences between their characters are as significant as the “flavors” of the different marshmallows in a box of lucky charms. Perhaps John Legere worked at AT&T and Sprint before joining T-Mobile because they are interchangeable monopolies, the top echelons of which have all come together, know each other, go on vacation together and sponsor each other’s children. Maybe they’re not really rivals.

If we can’t rely on big companies to turn each other on, we need popular support to help address the cause of breaches of trust. To get this popular support, we need to take it step-by-step and make small profits that we can build and build on.

You won’t be surprised to learn that I think we should start with technology.

Tech has a very bad smell right now. The first priority of few voters is to do something against technology, but equally few voters trust or like the technology industry. Antitrust proceedings are pending against several large technology companies in several US states, at the federal level and abroad. Tech was the first new industry to grow up without meaningful antitrust enforcement (Apple)[+ hit the market the same year that Reagan hit the campaign trail) and there are people alive today who watched the industry go from this vibrant, dynamic, fast-moving thing to an ossified and chummy boys’ club run by a half-dozen CEOs who fit around a single board-room table at the top of Trump Tower in 2017.

But it’s not just the fact that tech is in trustbusters’ crosshairs that makes it the ideal first step in a path to total antitrust victory. The most important thing about tech, from a competition perspective, is the underlying, technical nature of networked computers.

For while it’s true that every industry took the same path to monopolization (runaway mergers followed by anticompetitive conduct), industries all have different paths out of monopoly, because each industry’s technical characteristics provide us with a different set of handles we can yank on to change their course. Think of this as antitrust’s answer to Anna Karenina: “All happy families are alike; each unhappy family is unhappy in its own way.”

Interoperability is an inescapable fact of life, but when it comes to digital systems, interop gets profound. That’s because all digital computers are “Turing-complete Von Neumann machines,” which means that all computers are capable of running all programs. The laptop I’m typing this on can run the programs I wrote on my first, Reagan-era Apple ][+, and the programs I’m running on this laptop will also run on that old Apple ][+whereveritis(evenifsoslowlythatwecouldexperiencetheheatdeathoftheuniversebeforetheprogramhasfullyloaded)[+whereveritis(albeitsoslowlythatwemightexperiencetheheat-deathoftheuniversebeforeitfinishedloadingtheprogram)[+woimmeresist(wennauchsolangsamdasswirdenHitzetoddesUniversumserlebenkönntenbevoresdasProgrammvollständiggeladenhat)[+whereveritis(albeitsoslowlythatwemightexperiencetheheat-deathoftheuniversebeforeitfinishedloadingtheprogram)

This basic flexibility gives digital systems an intrinsic level of latent interoperability that physical systems cannot achieve. It has been 150 years since a lack of coordination between the new Australian states created the “middle-gauge mess”: a nation whose railroad tracks vary in width depending on the part of the country. In 150 years no one has figured out how to make a railcar that can change its wheelbase halfway, and after hundreds of tries, Australia is giving up interoperable rolling stock. Instead, they tear open rails worth thousands of kilometers and lay new ones.

That’s not how it works digitally. Despite all of the encroachments on the inaccessibility of old digital data, new computers can emulate old computers and run the programs that were used to create and read that data in the past of computing (removing data from old storage media that is physically deteriorated is another story). If Australia’s muddle of middle lane were a matter of digital incompatibilities, some programmers could set up a “translation layer” that mediates between different routes and cars and unifies the system. If we can connect billions of devices running millions of versions of numerous operating systems over the Internet, it will be child’s play to get six railcars from one state to another to connect to each other’s (digital) tracks.

To understand what interop has to do with digital monopolies, we need to understand the role that “network effects” play in the growth of these monopoly services. A system has “network effects” when it becomes more valuable as more users are added. Nobody would use Facebook if they were the only user of the system, but once everyone you need to talk to is on Facebook, you can’t afford not to use it. Network effects can lead to a situation where, once a system has reached “critical mass”, it grows on its own and registers new users, which become lures for even more new users.

These network effects have certainly contributed to the growth of various types of tech giants, not just social media services. iPhones keep getting more valuable as software vendors create new apps for them. The more apps there are, the more reasons there are to buy one, and the more people have iPhones, the more potential customers there are for new apps.

“Network effects” often appear when economists talk about competition in digital markets. However, there is an even more important concept that receives much less attention: “switching costs”.

Switching costs are all you have to give up in order to move from one situation to another. Moving conversion costs include moving companies, boxes, brokerage fees, a moving truck, the time it takes your child to enroll in a new school, the cost of finding a new job, and the losses you suffer from the penalties for Late bills arise that you missed When your mail forwarding goes wrong … the whole package.

This is where interoperability comes in. There’s no technical reason why leaving Facebook means leaving your friends behind. Finally, you can switch from T-Mobile to Verizon and still stay in touch with your T-Mobile subscriber friends. You don’t even have to tell them you switched! Your phone number will be carried from one company to another, and apart from the billing modalities nothing will change.

Why can’t you switch from Facebook to a rival and still stay in touch with your friend on Facebook? This is not due to the technical limitations of networked computers. It’s because Facebook won’t let you.

Standard niches to get followers on TikTok