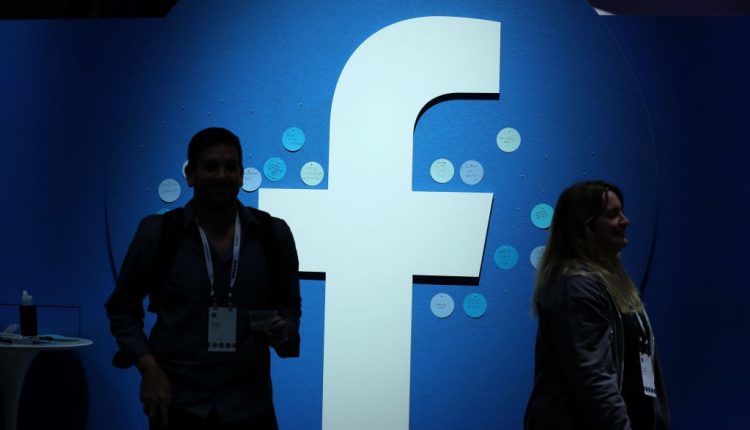 standing up for social media

Eliot Wilson is a co-founder of Pivot Point and a former House of Commons officer.

Facebook is related to the collection and use of advertising data

Last year wasn’t a good year for social media when it came to reputation. When lawmakers began cracking down on the tribal warlords of Silicon Valley – most notably the King of Kings Mark Zuckerberg – veteran comedian David Baddiel toured the UK on a comedy show called “Trolls: Not the Dolls” and co-presented a BBC documentary entitled “Social”. Media, anger and us ”.

In parliament, the government released its draft online security law and sent it to a joint committee chaired by MP Damian Collins, the self-proclaimed scourge of tech giants. His conclusion in characteristic bravado was, “We need to get the time online in the Wild West … the era of self-regulation for big tech has come to an end.” To continue his analogy, anyone reading the smoke signals would have no doubt that that Internet was up to date and social media would be its wounded knee.

I don’t want to defend the worst excesses on social media (which really are the worst excesses of us all, magnified a million times). I have no doubt that platforms like Twitter, Instagram and TikTok can harm the weak and the unwary, and that they have influenced the way we talk to each other in public places. But I want to make a low murmur of support for social media, and perhaps point out that the landscape is not incessantly bleak.

Caused “psychological damage” is added to the online safety bill

I was a mid-stage adopter. I came to Facebook about 15 years ago when it was almost entirely on campus (I still had a university email address by accident), but I didn’t take Twitter seriously until a few years ago. As an author and commentator, I consider this to be absolutely indispensable.

Since joining Twitter, my online news consumption has plummeted: that is, if I want to follow events in real time, I won’t turn to the BBC – they are an impeccable source of news, but they are relatively slow because they are multiple Sources – or some other news website, but Twitter, which I use to navigate to the highlights of a number of media outlets. You may need to stock up on a pinch of salt and keep your wits about it, but this way you can monitor events much more accurately and quickly. Every journalist I know says the same thing.

But there is more. The breadth of comments – let’s use this collective term – that I now consume is infinitely greater than before social media. I’m exposed to so many other opinions: some of them certainly rubbish, but many more at least interesting and often convincing. Not only can I read different perspectives on the news that instantly interest me, I can experience moments of chance every day reading fascinating articles about Dostoevsky or the New York art scene or the latest in science. These are subjects I would not seek out, but my greedily curious mind consumes them at the sight.

Current social media reminds me of the cabinets of curiosities that were so popular with the wealthy and educated classes from the 17th century onwards. For example, we all “curate” our own timelines on Twitter, but each is still what John Evelyn called a “cabinet of paradise and rarities”. It reflects our interests, but is not tied to our interests, and it plucks its artifacts from the deep ocean of world media.

Of course, it’s more than that. Social media can become a place of screaming, screaming, and moaning, a kind of ceaseless echo room of angry disagreement. It empowers us, but it also makes us literally irresponsible: we type things into social media that we would never say to people’s faces if we met them in person. But this is us, society, abusing an inert and naturally value-neutral platform. Twitter enlarges and warps, but it doesn’t make clay monsters.

From time to time, people I follow on Twitter will explain that they are going on vacation or that they are leaving the platform altogether. That is of course your choice. Some have the feeling that they can no longer cope with the energy generated in this way, and in social media parlance they no longer let it live rent-free in their heads.

With another year ahead of us, I will not resign. I probably spend too much time on social media apart from other improvement activities. But what a bountiful harvest there is if you carefully gather the harvest. There are bubbles and echo chambers, but also large forests of knowledge. We’re back to our cabinet of curiosities: for some it’s too much and they pull the covers over it. I am greedy for its content and always looking forward to new additions.