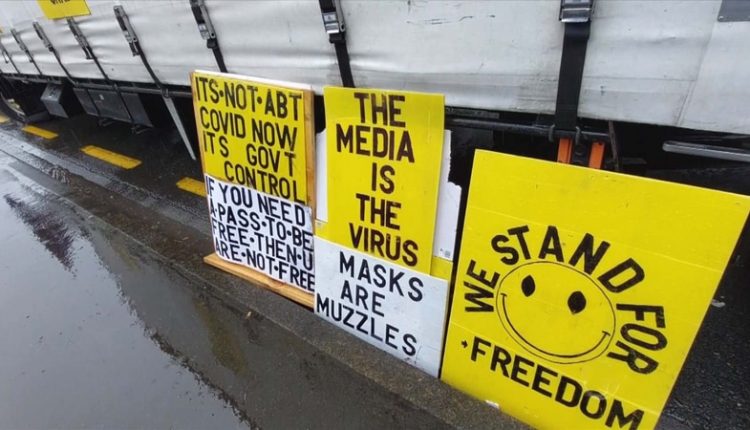 Experts are calling for more regulation online as Kiwis are increasingly anxious about misinformation on the internet.

Misinformation around Covid-19 has continued to spread.

InternetNZ’s new research shows 66 per cent of New Zealanders — up from 56 per cent last year — are extremely or very concerned information on the internet is misleading or wrong. 58 percent are also worried about conspiracy theories.

But there is still no jurisdiction over most internet content.

Chief Censor David Shanks says the gap is growing between this traditionally regulated content and digital media, leaving “what is effectively an unregulated digital space”.

“A broadcast news program can be held to account for publishing seriously misleading and potentially dangerous disinformation. Where is the equivalent accountability for the online platforms?”

He is concerned by the potential for automated algorithms to cause digital harm through “hatred, racism, misogyny and extremist content”.

Shanks wants an overarching media regulator, which would be independent of government and have the power to look across all media, including social media networks.

InternetNZ Chief Executive Jordan Carter agrees the New Zealand regulatory system is “out-dated” as social media has few rules, except for terms and conditions set by platforms themselves.

However, while he thinks we “urgently need better answers”, a local response is crucial.

“We probably need a mix of approaches including regulation. One thing that’s clear, is that any answers must be responsive to local communities, and we can’t rely on big overseas-owned platforms to listen to communities by themselves.”

“Our current regulatory system – largely designed over 30 years ago – can respond to specific forms of media but is not able to treat the same types of harmful content over different channels consistently,” she says.

Broadcasting Minister Kris Faafoi is due to publish a review later this year. (Source: 1News)

Tinetti and Broadcasting Minister Kris Faafoi have been reviewing the system since June 2021 and plan to release a discussion document for public consultation later this year. The scope is broad, with a focus on harm minimization.

This need for more accountability is highlighted by increasing volumes of BSA accuracy complaints. Since 2020, 223 out of the 404 complaints received by the BSA have been around balance or accuracy – or both.

This has been particularly evident in Covid-19 related issues – including vaccines – where the BSA has received 55 complaints, with people challenging broadcast content both contrary and aligned with the scientific consensus. Only three cases have been upheld, and 11 are ongoing.

A regional station in Nelson – Mainland TV – was fined in mid-February for broadcasting Covid-19 vaccine misinformation and conspiracies.

The complainant said he had a “real concern” after seeing the channel promoting “falsehoods and misinformation about the Covid vaccines”.

The BSA found both Daystar – the rebroadcast program at the center of complaint – and Mainland were liable for inaccuracies in content.

As stated in the BSA report: “Aside from a brief reference at the end (‘I can’t tell you what to do, but make an informed decision, make a prayerful decision’), the hosts effectively provided a platform to draw out , endorse and reinforce the various falsehoods as fact.”

Instead, hosts described the doctors as “fighting for truth”, “having the courage to speak the truth” and “an instrument of righteousness that God is using”.

Due to a breach of its accuracy standard, the BSA determined Mainland Television Limited must pay the Crown $500 before 16 March and also ordered Daystar to broadcast an approved statement containing a summary of the BSA’s decision.

Although this standard has consistently been raised the most by complainants in recent years, a BSA spokesperson explained: “In the 2020/21 year we received about double the usual volume of accuracy complaints (97 compared with 51, 56 and 48 in the previous years ) as Covid-19 and elections here and in the US drove high engagement with broadcast content.”

This trend is again indicating the importance of regulation and highlighting the potential for harm in the unregulated online space.