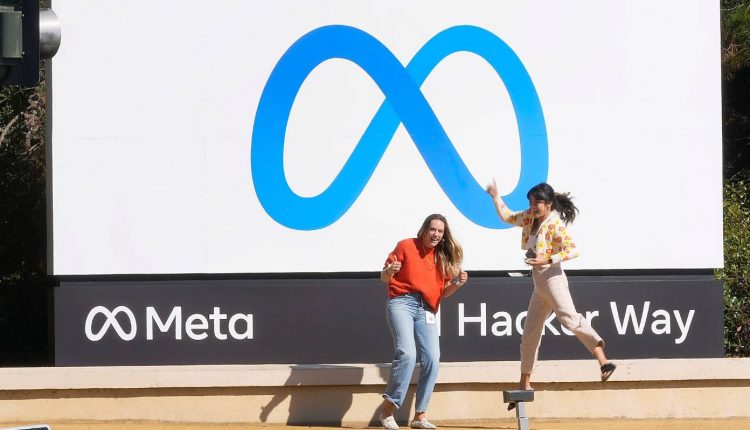 OPINIONS: InternetNZ has surveyed New Zealanders about their use of and concerns about the internet and the Meta platforms – the new name for the Facebook corporation – have complete domination.

Seventy-nine per cent of us are using at least one of the four Meta platform apps at least daily. These are Facebook, Facebook Messenger, Instagram and Whatsapp.

When we look at all of the social media apps that New Zealanders are consuming, the picture is even stronger. Meta Platforms take out the top four spots – creating a monolithic monopoly for most internet users in New Zealand.

Is this a new trend? No. We’ve seen Facebook – now called Meta – dominate the social media industry for many years. But this domination is not only growing in time, the risks and harms it is causing are also becoming more prominent.

READ MORE:
* Facebook ‘support’ for NZ media won’t include paying for content
* What’s going on with Facebook’s new Meta rebrand and why should we care?
* Facebook whistleblower testifies: Five highlights

For the past few years, we have been living a different sort of life. One that is filled with daily case numbers, changing regulations on how we move around our motu, and constant conversation about vaccines and boosters.

These conversations happen in real life, with our friends, whanau and colleagues. But they also happen online – with a far bigger audience.

The role that social media plays in most of our lives is really astonishing. There are a lot of benefits – like connecting communities and keeping in touch with family and friends we can’t see as much as we’d like. But alongside those benefits, are a lot of harms.

One of the biggest harms is the proliferation of misinformation that is online. It is everywhere, and social media platforms like Facebook pose the perfect breeding ground for this false information due to its heavy use by so many New Zealanders, and the ease of sharing posts far and wide.

What harm is all this misinformation really doing? Unfortunately, I think an accurate answer is nearly impossible, but I would be confident to say that it’s having a hugely negative impact on New Zealand – and the entire world.

Seventy-nine per cent of us are using at least one of the four Meta platform apps at least daily.

And what we do know is that the level of concern about misinformation has risen dramatically this year. A huge 66 per cent of New Zealanders – up from 56 per cent last year – are either extremely or very concerned that information online is misleading or wrong.

When misinformation starts to affect people’s decisions about major personal decisions – like whether they should get a vaccine or not, or what political party to vote for – you can soon imagine the huge and sometimes unsafe effect on people’s lives.

So, we are using Meta more and more every day. And the harms that are created and posted on these platforms, alongside the impact of smaller niche platforms like Telegram, are being shared at a bigger rate than ever. Given this huge power, it is very hard to accept that the Meta platforms (along with many other online platforms) are almost entirely unregulated in New Zealand.

And therefore, there doesn’t seem to be any lawful consequences for big platforms causing harm online.

What we have seen is reputational damage from their high-profile failures causing them to act and speak out about regulation themselves. We have also seen some advertisers who have been able to gain some influence by boycotting with demands.

While this community-led pressure has motivated platforms to look at some changes, they seem small scale and without impact.

Yes, we need to rise to the challenges we’re seeing and set some smart, workable regulations that can protect the public interest effectively. The future of social media should not look like a sole company with 3 billion users.

We need to set conditions for a fair playing field. And there should be no excuse for hosting content that is directly harming people, communities, or society as a whole.

Whatever these regulations look like, that should not be for social media companies to decide – as it is now.

Our latest research reinforces that we are facing major challenges online – a lot of them with broader themes of misinformation and hate – and we need to come together to try and solve these.

This is not a problem that Aotearoa is facing alone, but I believe that we can show some international leadership in this space if we can shift the dial and start to overcome these challenges.

If we are to make any ground here, we need to work together. People from government, civil society orgs, tech companies, and communities who are facing harm online, all need to have a say if we are to succeed.

Op-Ed: It is too late to check a future with out Fb