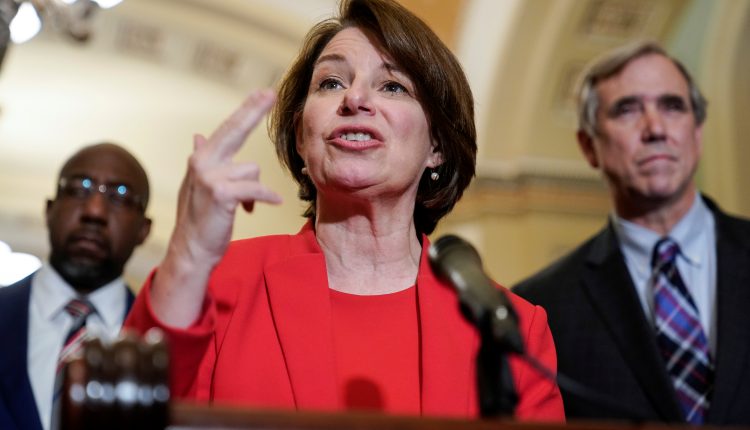 Like Howard Beale, the angry TV executive on the Film Network, Senator Amy Klobuchar is angry and won’t take it anymore. She is fed up with Facebook not controlling the spread of health misinformation on its social network. Last week she tabled a bill to do something about it. Under their proposal, Facebook will lose its immunity from litigation under Section 230 of the Communications Decency Act if it algorithmically promotes health misinformation, as defined by the Department of Health and Human Services (HHS), during a health crisis.

It’s important to understand that Klobuchar’s proposal doesn’t make it illegal for Facebook or any other tech company to post health misinformation on their systems. Under the bill, HHS would be empowered to define what constitutes health misinformation, but the bill would not make it a violation of the law to distribute material that conforms to that definition. Instead, it suggests that if an underlying law makes the dissemination of health misinformation illegal, a lawsuit could be brought against Facebook or any other company suspected of violating that law. Previously, Facebook and other tech companies were immune from such action under Section 230 of the Communications Decency Act.

So what’s up? Politically, this is an attempt to get Facebook to do more to suppress dangerous misinformation. Senator Klobuchar also makes a political argument. Like President Biden, she is trying to convince the progressive elements of the democratic grassroots that this administration and Congress are on board for their tech regulatory agenda. It’s part of the same signaling that made Lina Khan head of the Federal Trade Commission and Jonathan Kanter a candidate to head the Antitrust Division.

The Klobuchar Act could have gone further. It could have created a new ground for action making it illegal for any person to disseminate, facilitate or promote health misinformation, as defined by HHS, during a medical crisis, as also defined by HHS. Creating a new plea is what Congress did when it created an exception to Section 230 immunity for facilitating or promoting sex trafficking.

This new plea would have given teeth to the Section 230 waiver of immunity by the Bill. It would also have had the benefit of applying to both traditional media and online platforms.

But that approach would have created problems with the First Amendment. The difference between publicly disseminating a legitimate scientific disagreement about the effects of vaccines and running a deliberate disinformation campaign to undermine public health is a paper thin. Do we really want a government agency to legally pursue this line between scientific truth and falsehood?

Should a bill with such a new cause ever come into force, it would result in what is known as a “rigorous review,” a constitutional challenge that claims that such a substantive restriction on freedom of speech is not closely tailored to an overriding government interest. As the well-known legal saying goes, this type of review of the First Amendment is theoretically rigorous but, in fact, fatal. Under existing First Amendment case law, the courts would almost certainly reject such a measure as unconstitutional.

“Do we really want a government agency to define this line between scientific truth and falsehood in such a way that it has legal consequences?”

What can then be done about incorrect health information? Facebook’s response to the Klobuchar Act recognizes that clarifying questions about health misinformation would be helpful. But it is difficult to develop a good health policy for misinformation. If the Biden administration or members of Congress had good regulatory ideas to reduce the spread of misinformation, we would have heard of it by now. Outsiders suggest various techniques, such as slowing the speed of new or suspicious information in hopes of reducing the reach of misinformation. But nobody really knows what works, mainly because the social enterprises have all the information and refuse to share it with outsiders. Perhaps one way forward would be a legal requirement to be transparent so that regulators and outside researchers can examine how good companies are in addressing misinformation through content moderation and other initiatives.

Such a slow build-up of public knowledge through transparency could point the way to an effective strategy. It is not a cure for today’s misinformation about COVID 19. But perhaps policymakers should seek a longer term solution that puts in place institutional mechanisms to regulate the behavior of social media companies in the public interest. Much more transparency about what they are doing to protect the public from health misinformation would be an element of these public interests.

Facebook is a general, unreserved donor to the Brookings Institution. The results, interpretations, and conclusions published in this article are those of the author only and are not influenced by donations.