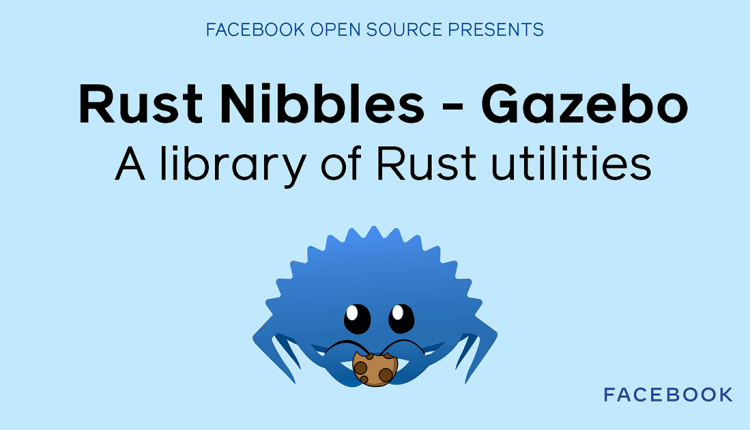 The Rust Gazebo Library contains a collection of proven Rust utilities. These aren’t deep or complex ideas, just small things that we believe can make a Rust programmer’s experience a little easier. This post is the first in a series that will explore some things in Gazebo. Let’s start with Prelude.

The Gazebo Prelude includes 5 extension features that add additional methods to Vec, Slice, Option, Str, and Iterators. These are intended as little helpers that make common patterns more concise or less prone to errors. We hope that some of these methods could be useful enough to get into the standard library one day. For example, it’s not uncommon to see the following pattern in Rust code:

We have a vector of integers and we want to create a vector of integers by mapping over each element. To do that, we first convert it to an iterator, then we map it, and finally we collect it back. Unfortunately, Rust can’t figure out the type of the result, so we need a type annotation for the collect call. Rust iterators are powerful, efficient, and composable, so it’s great to be able to do such a transformation so easily.

While this code isn’t terrible, this pattern shows up a lot, so it’s worth simplifying a little:

Now the code expresses our intention much more directly. The map function works on both Vec and Slices, with a corresponding into_map taking ownership of the elements, but only works on Vec. Under the hood, it does the exact same thing using iterators.

Other extension methods in Prelude apply to str and provide more flexible ways of splitting strings. For example:

We’ve found that these methods provide some help when trying to parse a string “lightly” – simpler and less powerful than a regex or a full parser-combiner library like nom, but still useful. Unfortunately, these string methods are only available with Rust nightly, as building on the flexible string pattern matching requires the unstable pattern function.

Earlier versions of the Gazebo library contained the functions that appeared in the standard Rust library as strip_prefix and strip_suffix, so they are no longer available in Gazebo.

While there are other methods in the Prelude, we’ve found these to be the most common in our code. To see the others, visit the documentation.

We hope this blog helps you understand the Prelude module, how to use it, and gives you a good look at its features. Look out for our next blog in this series where we discuss the Dupe module that encodes the cheap clone pattern.