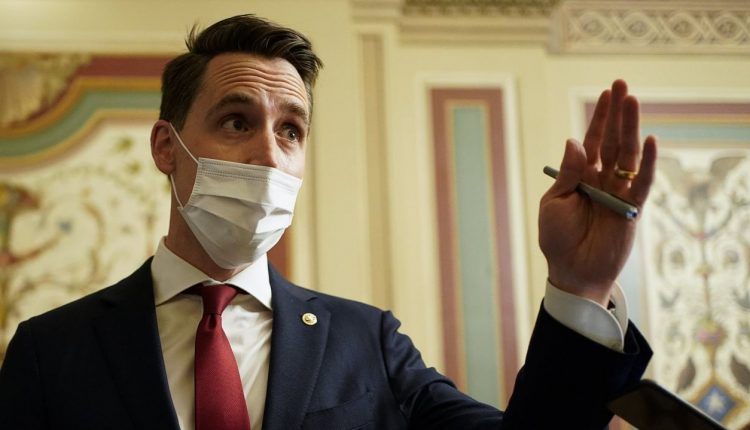 As the author of a book-length love letter to big business, I have long viewed the Republican Party as more corporate-centered than the Democrats. This is certainly the case from both a rhetorical and a political point of view: it was, after all, the administration of former President Donald Trump that pushed through a significant cut in the corporate tax rate.

Yes, the real picture is much more complicated. Big corporations usually want high-quality immigration, which is preferred by the Democrats, and the Democratic Party has at times done more for free trade than the Republicans.

In any case, everything has changed. Many large US corporations have sided with the Democrats on some aspects of the Culture Wars, and leaders of the Republican Party have responded with vitriol. Within a few years, they no longer apologized for big business, but made threats against it.

The final straw may have been Major League Baseball’s decision last week to move the All-Star game from Atlanta to Denver over concerns about a new voting law in Georgia. Many Republicans in the state endorsed the changes, and some Republicans in Congress responded by talking about lifting the antitrust exemption for baseball.

Such is the case in 21st century America: activists on the left harass companies through social media, while critics on the right threaten them with the law.

The move to baseball from the all-star game was most likely a business decision rather than a political one. If the game had continued in Atlanta, some players would undoubtedly have opposed the new electoral law or boycotted the game. The event could have been dominated by politics. So baseball had a shared crisis management strategy and decided to get a PR hit now rather than grappling with a slow drop of unpleasant revelation over the next several months.

There is a simple solution for the Republican Party if it is interested: give up its opposition to such electoral laws. Even if it defies some parts of the law, or if the negative aspects of the law have been exaggerated, it hardly seems worth the price to be pushed into these ideological corners. In practice, the best evidence suggests that such laws aren’t a big deal anyway.

Baseball itself has something to offer too. This is the institution that so helped improve racial relations in America by paving the way for Jackie Robinson. You don’t have to agree to every decision made by MLB to rate its overall social impact as strongly positive. There is hardly a historical villain who needs restraint.

Beyond sport, there is more evidence of a dispute between Republicans and big business. When more than 100 big business executives had a conference call last week to discuss what to do with electoral laws in Georgia and elsewhere, JD Vance’s answer was the social media equivalent of slamming your shoe on the table. “Raise your taxes and do whatever it takes to fight these idiots,” tweeted the best-selling author and likely Republican candidate for the Ohio Senate. “We can have an American republic or a global oligarchy and it’s time to choose.”

Meanwhile, Missouri Senator Josh Hawley has come up with a “trust busting” plan to curb big business. The plan aims to increase antitrust prosecution and prevent mergers and acquisitions for companies valued at $ 100 billion or more. That can be expected from the left wing of the Democratic Party, not a leading Republican senator.

Of course, this is not a serious suggestion. Do Republicans really want Democratic governments to dominate cartel decisions for four or more years? Does the US want to discourage large pharmaceutical companies from acquiring smaller, more innovative companies with pharmaceuticals of potential importance? Hawley’s bill is supposed to send a message, “Good business you have here. What a shame if something happened.” It is both a plea and a threat to the corporate slide to the left.

I am not trying to debate Georgia’s voting rights or that of any other state. But I know a little about sports. Baseball has long been America’s least political and traditional pastime, and has a relatively old fan base. So the question Republicans might want to ask is not how to punish Major League Baseball. Here’s how to get it back. Right now, Republicans are heading in exactly the wrong direction.

Tyler Cowen is a columnist for the Bloomberg Opinion. He is Professor of Economics at George Mason University and writes for the Marginal Revolution blog. His books include “Big Business: A Love Letter to an American Antihero”.