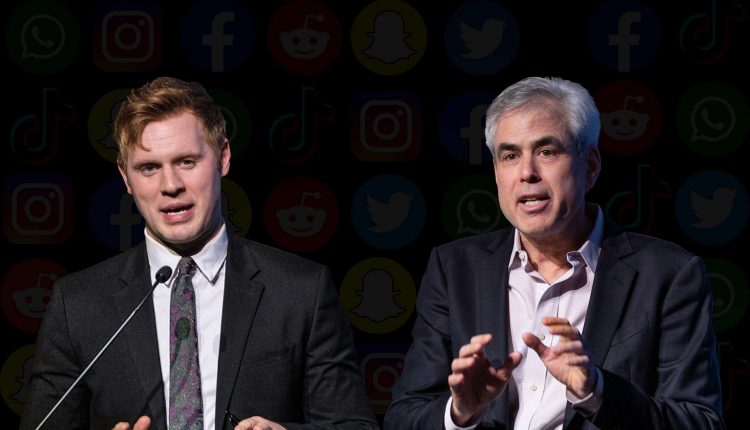 On Thursday, February 17, Jonathan Haidt and Robby Soave had an Oxford-style debate on the role of government regarding social media before a capacity crowd at the Sheen Center in downtown Manhattan. It was hosted by the Soho Forum, a monthly debate series sponsored by Reason. Soho Forum Director Gene Epstein served as moderator.

Haidt, professor of ethical leadership at New York University and co-founder of Heterodox Academy, defended the debate resolution, “The federal government should increase its efforts to reduce the harms caused by social media.”

Soave, who took the negative, is a senior editor at Reason and author of the recently published Tech Panic: Why We Shouldn’t Fear Facebook and the Future. hey argued that Widespread criticisms of social media stem from our innate—and misguided—distrust of new technology. Soave also contended that, for all its flaws, social media confers huge net benefits, and that the application of “government force” is likely to do far more harm than good.

Haidt, author of a recent article in TheAtlantic on social media’s harm to mental health, pointed out that while the platforms were not initially designed for people under 18, those individuals have arguably been its victims. Haidt likened the platforms to sugar—best taken in moderation.

Watch: Seniors Share How They’ve Made It Via the Pandemic