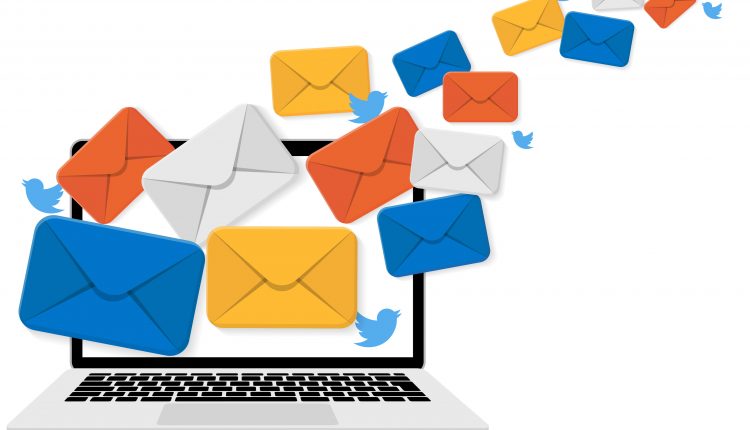 
Letters to the Editor is a periodic feature. We welcome all comments and will publish a selection. We edit for length and clarity and require full names.

A Cure for Ambulance Sticker Shock

This is a comment about your recent story on ambulance surprise bills (“The Ambulance Chased One Patient Into Collections,” July 27). In the story, three siblings were taken from an accident in three separate ambulances, then charged vastly different rates.

In Oklahoma City, we pay $3.65 a month on our water bills to fund EMSA (Emergency Medical Services Authority), a public ambulance service. If you need a ride in one, that premium covers it for anyone in your household. The payment is opt-out, so most everyone pays it. Non-water customers (like those in apartments whose rent covers utilities) can buy in, too. It might still be expensive for out-of-town visitors, however.

The EMSA premium works. You should report on it.

It’s a mad, mad, mad, mad healthcare ‘system’. “The simple answer is that these bills are all made up,” https://t.co/4m8X1eMoEO

This essay (“The Debt Crisis That Sick Americans Can’t Avoid,” Aug. 2) compares student loan debt to medical debt but doesn’t seem to grasp how predatory the student loan industry is. For example, I have paid back close to $70,000 (more than I borrowed) and still owe $282,000.

There are thousands more in the same situation. It’s why we’re pushing for relief from the uniquely predatory and exploitive student loan debt.

The piece’s conclusions are based on data representing fewer than 1% of health centers. Framing an argument on a cherry-picked handful of centers out of nearly 1,400 nationwide skews the facts.

Health centers fought on the front lines of the pandemic. Fewer people were infected with, or died from, covid-19 when a health center was nearby. Such efforts came at a cost: Most centers operate on thin margins, struggling to retain staff even while battling health crises.

Financial resilience for centers is essential because federal support has never been as certain as the challenges associated with caring for low-income communities.

The centers’ financial reserves are not secreted away but are regularly reported, available for scrutiny and subjected to annual audits. In some cases, dollars go toward site expansions, staffing, or expanded services. One lesson learned from the pandemic is that centers are the “canaries in the coal mine” of public health and require funding to nimbly adapt care. Private donations have also helped health centers stay afloat, a fact barely mentioned in KHN’s reporting.

The average health center CEO salary is far less than what this reporting on outlier centers suggests. There are far more profitable jobs in health care that do not involve fighting for every dollar to care for the underserved. For health center staff, it’s about dedication, not dollars.

KHN’s reporting amplifies misconceptions about the 340B prescription program — which has provided a crucial lifeline to uninsured and underinsured Americans who otherwise struggle to afford prescriptions. By law, all savings resulting from that program must be reinvested in patient care. As a result, health centers report vastly improved health outcomes among their patients.

Accountability is also baked into the health center model. Site visits by regulators ensure that patient care and clinical data is consistent with national standards. Additionally, health centers are governed by local boards, for which patients mostly serve as the directors.

The health center model has been quietly addressing every public health crisis for more than 50 years.

When most private-practice physicians limit or do not accept Medicaid patients, roughly half of health center patients are covered by Medicaid and would, without access to health centers, likely seek costlier emergency room services. As we continue to struggle with public health threats, health centers’ efforts to test, vaccinate and treat hard-to-reach populations deserve support and investment.

The National Association for Community Health Centers will continue to stand up for our valued health care heroes. No other health system stands as a living legacy that health care can be patient-driven, effective, and trusted stewards of federal dollars. We stand by this model.

Some FQHCs driving 20+% net profit margins. “No one is tracking where all their money is going” https://t.co/KhScFj44BA

Mental Health for the Incarcerated: When Hands Are Tied

I am a psychologist and the director of mental health services for a medium-sized (around 800 inmates) jail in Indiana. I have been dealing with this frustrating problem for the past five years (“When Mental Illness Leads to Dropped Charges, Patients Often Go Without Stabilizing Care,” Aug. 4). We often run into this issue when police/prosecutors fail to file charges, and we’re stuck dealing with an inmate who is psychotic and homeless with no family. The local hospitals won’t take someone on an emergency detention order, or EDO, unless the individual is verbally saying they’re suicidal. With regard to the wait for a state psychiatric bed, we’re averaging four to five months now for forensic beds, and 11 months for civil commitment beds. I’ve seen inmates serve nine months or more (including time at the hospital) for a trespassing charge.

We’re often stuck in a situation in which we have to release someone who is psychotic and the hospital won’t take them. They usually have no family to help. This is extremely dangerous, especially in the winter months when it can drop below zero (all of the warming shelters in my area have closed since covid started). Sadly, the best outcome is that the patient refuses to leave the jail lobby and is arrested for trespassing and brought right back into the building.

Anyway, I wanted to say thank you for writing this article.

As #courts lose jurisdiction with dismissal of #criminal charges, they lose control over defendants with #mentalillness and no longer be able to provide or mandate #mentalhealth care. This creates a rapidly revolving door to #arrest and #criminalcourt. https://t.co/rrOFjSqme7

On Psychiatric Hospitalizations and Suicide Risk

I was disappointed to see that the author of the story “Social Media Posts Criticize the 988 Suicide Hotline for Calling Police. Here’s What You Need to Know.” (Aug. 11) implied that psychiatric hospitalization causes death by suicide in the following paragraph: “Research shows suicide rates increase drastically in the months after people are discharged from psychiatric hospitals. Those who were sent involuntarily are more likely to attempt suicide than those who chose to go, and involuntary commitments can make young people less likely to disclose their suicidal feelings in the future.”

You may wish to read a recent meta-analysis in which the researchers synthesized data from randomized control trials, or RCTS. RCTs are the gold standard for evaluating causality because they can rule out third-variable explanations, such as severity. Their article states: “Indeed, a small number of RCTs have examined means restriction/safety programs and acute psychiatric hospitalization. Notably, these interventions produced effects that are similar to those of more commonly studied interventions.” Overall in their meta-analysis, they did not find evidence that interventions for suicidality are iatrogenic or cause increased suicidality.

Very much appreciate that this article included non-carceral resources. Once you’ve survived involuntary “care” you will never look at the system the same way. https://t.co/pg3aOcbqjx

An important comment regarding your article “‘My Body, My Choice’: How Vaccine Foes Co-Opted the Abortion Rallying Cry” (July 6). It is purposely deceptive. You say “anti-vaccine” activists — which is incorrect. The people gathering in Los Angeles (and elsewhere across the country) are anti-forced vaccine — not necessarily “anti-vaccine,” as your article repeatedly insists. To be against being forced to submit to an experimental medicine is not the same as being against a vaccine — or those who choose to take it. You, of course know this: No medicine is right for everyone. Why are you deliberately choosing to deceive people by your careful, not-accidental choice of words?

But the “COVID precautions” have ended. It is more like white nationalists trying to recruit new members. https://t.co/UViycE926A

Extra Communities Are Giving Flavored Tobacco the Boot. Will California Comply with?