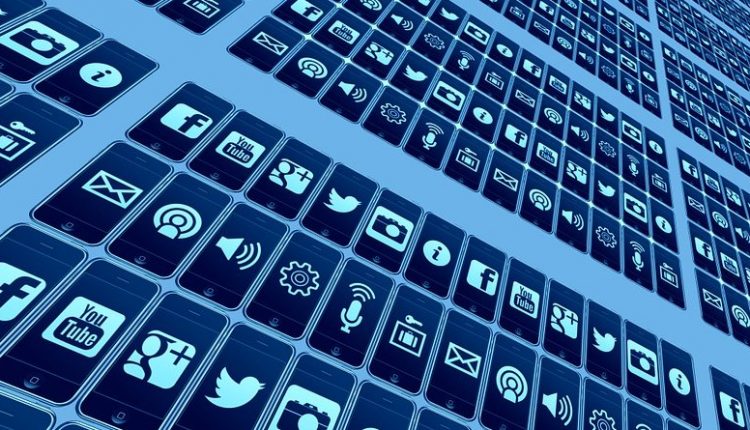 Social media has become a pivotal tool of entertainment and information. People of all walk of life are using this platform for different purpose in order to get some cherish moments and information. There are approximately 4.3 billion users worldwide who are actively using this platform. The social media has been playing a crucial role in policymaking as well as building perception. It has also become an important pillar of the state. Different groups, states and organizations are proactively using social media platforms to proliferate their own agendas and policies. There are various social media firms available now who are working on others’ payroll to create trends and perceptions of their own choices.

From academicians to showbiz personalities and sports starts, all are present on this platform to let the people know about their routine and schedule. Apart from the presence of state actors, there are some non-state actors as well who have been using social media platform such as Twitter, Instagram and Facebook to spread venom against people and particular states by using religious ideology of specific group. They are openly threatening state institutions and people, instigating their sentiments to accomplish targeted objectives. Their activities are increasing inserting panic and chaos in people’s mind. Unfortunately, top authorities of these social media giants have failed to stop them from harassing and threatening people.

As mostly young generation is using social media platforms, the activities of non-state actors can surely have negative implications on their minds with increasing extremist tendencies. The role of social media has massively increased in our society and we need to sensitize our families regarding misuse of this platform. For example, former spokesperson of Tehreek e Taliabn Pakistan (TTP) Ehsan Ullah Ehsan is currently using social media platform to spread misinformation regarding the role of Pakistan’s state institutions in war against terror. He is acting at the best of anti-Pakistan elements. His statements are politically motivated. But at the same time, his comments are being misused to malignant Pakistan’s security forces and political leadership. It is up to ownership of these social media giants to stop such kind of people to use their platform for political motives. No one should be allowed to target any particular state, organization and group for mere political interests.

In today’s globalized and multipolar world, Non-State Actors play a key role in national and international security. Until the turn of the 21st century, the world was very much dominated by states. Nowadays, Non-State Actors such as The World Bank, Gazprom, Al-Qaeda, TTP and many other such organizations command the international headlines as much as states do, and are often able to decisively influence state decision-making processes.

It is high time for international organizations and other watchdogs to formulate mechanisms to stop misuse of social media platforms, especially at the behavior of someone else, who is espoused with extremist and terrorist ideologies. This trend not only for current generation and government, it will likely to have negative spill-over effects on your generations to come. So, there is a need to establish international consensus against the presence of non-state actors and misuse of social media platforms.

It is evident that non-state dissident actors do seek to use the Internet for political action. Even in the Middle East, where one finds rather limited Internet infrastructures and active censorship regimes, dissident actors are clearly seeking to use the Internet to engage in political activities. MIRA and the Muslim Brotherhood in Jordan and in Egypt maintain all websites and operate e-mail lists for political purposes.

Likewise, contrary to the conventional wisdom, the social media can be censored. While the internet is often portrayed as free for all, where groups and individuals can express limitless range of opinion and beliefs, this view doesn’t reflect the reality of the situation. These are mere observations of some individuals and groups. Likewise, dissident actors are clearly seeking to use the Internet to engage in political activities while states are constantly trying to contain and limit these potentially threatening political activities.

Similarly, mapping and tracking the resources of state and non-state actors can help to understand the roles and contribution of policy networks to the development and implementation of public policies, and help to plan future strategies. Socially, uncivil and manipulative behaviors on the social will persist – and may get worse. This is likely to lead towards a splintering of social media into Artificial Intelligence-patrolled and regulated ‘safe spaces’ separated from free-for-all zones. This will hurt the open exchange of ideas and compromise privacy.

Because of the virtually unlimited opportunities for the negative use of social media globally, we will experience a rising worldwide demand for restrictive regulation, which is indeed becoming a need of the hour.

The writer is Islamabad based expert of strategic affairs

Elon Musk desires to save lots of the ‘public sq..’ Tech veterans have a reality-check for him.