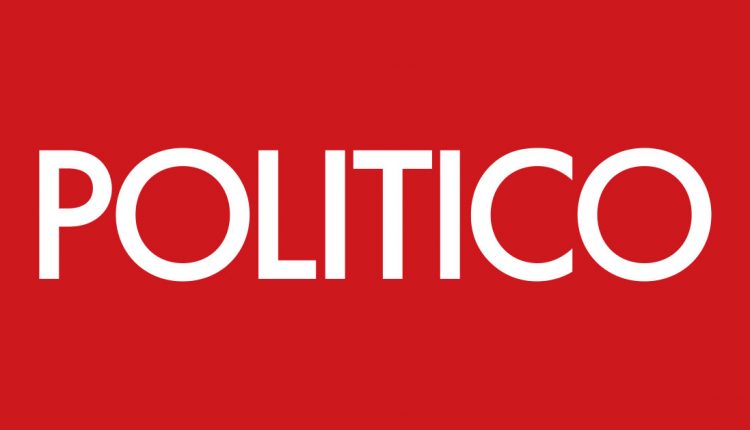 A STAFFING SHAKEUP AT PHRMA: PhRMA is parting ways with the top Democrat in its Washington office following the pharmaceutical lobby’s defeat on drug pricing earlier this month, POLITICO’s Megan R. Wilson reports. Debra DeShong, who joined the trade group in 2020 as its executive vice president of public affairs, managed PhRMA’s “internal and external communications — including its social media presence, branded advertising and message development.”

— “It’s one of the two staff moves involving Democrats at the Pharmaceutical Research and Manufacturers of America, with lobbyist Mike Woody rejoining the organization after more than a decade, four people with knowledge of the move told POLITICO. Woody’s hire has not yet been announced.”

— DeShong tells Megan she’s moving on to a “new challenge,” and hasn’t ruled out running for office. “As DeShong departs at the end of this month, the association is also working to replenish the population of senior Democrats on its advocacy team, which has been diminished over the last couple of years. PhRMA lured back Woody, who has been at lobbying firm East End Group since 2010, to serve as a vice president in its lobby shop.” He’s a House and Senate alum who most recently worked for the Senate HELP Committee.

THE FORMULA LOBBYING BUMP CONTINUES: A New Zealand-based dairy company looking to break into the US market for baby formula has hired lobbyists for the first time. The a2 Milk Company last month enlisted FTI Government Affairs for help seeking approval to sell infant formula in the US, according to a lobbying disclosure filed Thursday.

— a2 Milk Company is the latest baby formula manufacturer to turn to K Street in recent months as policymakers scramble to keep US shelves stocked. The company has sold other dairy products, which it boasts do not contain a certain protein linked to digestive issues, in the US since 2015, but amid the formula shortage it’s looking to take advantage of relaxed standards for importing baby formula to the US

— Last week, a2 Milk Company announced that FDA had deferred its request, but that the International Dairy Foods Association informed the company “that equivalent letters have been sent to all pending enforcement discretion applicants, indicating that the FDA is deferring any further review at this time of all pending applications.”

Happy Friday and welcome to PI. It may be recessed, but we’re still around — let us know what’s going on out there: [email protected]. And be sure to follow me on Twitter: @caitlinoprysko.

DEMOCRATS DANGLE SUBPOENA THREAT IN CLIMATE DISINFO PROBE: FTI’s public affairs poor, meanwhile, is facing threats from Democrats on the House Natural Resources Committee, who warned this week that the firm could be subpoenaed if it is not more forthcoming with documents requested as part of an investigation into potential climate change disinformation pushed by PR firms on behalf of fossil fuel companies, E&E News’ Timothy Cama reports.

— “Natural Resources Committee Chair Raúl Grijalva (D-Ariz.) and Rep. Katie Porter (D-Calif.), chair of the panel’s Oversight and Investigations Subcommittee, said in a letter sent yesterday to FTI Consulting Inc. that the firm ‘ has not wavered in its blanket refusal to provide even the most basic information about its clients or descriptions of the grounds for its refusal beyond the vaguest assertions of confidentiality and privileges.’”

— “FTI told E&E News it takes the Democrats’ probe ‘very seriously.’ ‘We continue to be in regular contact with subcommittee staff as we progress our efforts to be responsive to the chair’s request in a manner consistent with our legal obligations to preserve our clients’ confidentiality and privileges,’ spokesperson Matthew Bashalany said in a statement, adding that the company is ‘committed to ensuring that all professional services we deliver align with our firmwide position to support action to address climate change.’”

— “Bashalany did not say whether the firm would meet lawmaker demands to produce documents by Aug. 24,” while the committee did not respond to questions about why, out of four other PR firms and the American Petroleum Institute that received similar document requests, FTI is the only one to be threatened with a subpoena.

ANNALS OF RULEMAKING: “Advocates and former growers are accusing some of the country’s largest poultry companies of pressing farmers to oppose a proposed USDA rule they say could help raise their pay and give them more control over their farms,” our Marcia Brown reports.

— “Growers contracted to raise chickens are increasingly weighing in against that rule through form letters. Some poultry processors have acknowledged sharing the pre-written letters with farmers, urging them to submit them through the public comment process or asking them to weigh in individually. In an industry already under scrutiny for wage fixing and other practices, that’s raised concerns among advocates and USDA. The large processors hold significant sway over contract growers who often take on immense debt to raise chickens for these companies under contract.”

— “The Agriculture Department raised red flags about the potential pressure campaign when it announced an extension of the public comment period for the proposed rule earlier this month. The agency emphasized the need for ‘all parties’ to be able to comment on the rule free from ‘coercive actions that compromise the free flow of facts and viewpoints into important agency actions.’ … USDA confirmed that it did receive ‘multiple complaints about fear of coercion’” and the rate of form letter submissions has slowed since the agency’s announcement.

IF YOU MISSED IT THURSDAY: “As Senate Majority Leader Chuck Schumer decides whether to hold a vote on legislation aimed at forcing more competition on big tech firms, he’s become the beneficiary of a wave of personal donations from lobbyists for the internet giants,” Bloomberg’s Emily Birnbaum reports.

— “After receiving no money from any of the top lobbyists for Apple Inc., Amazon.com Inc. or Alphabet Inc. in the two previous election cycles going back to 2017, Schumer’s attracted some $30,000 in direct donations to his campaign from the lobbyists and executives of the companies opposed to a bill that would curb how the platforms operate.”

— “With Apple facing opposition to its iron-clad grip over its App Store, the company’s director of federal government affairs, Tim Powderly, tripled his campaign contributions from the previous election cycle, donating a total of $41,500 between 2021 and 2022” to “ the campaigns of lawmakers who publicly voiced concerns about the tech bills, including Representative Zoe Lofgren and Senator Mike Lee. He also donated to Kevin McCarthy, an antitrust skeptic who could become the next House Speaker if the GOP retakes control, and Frank Pallone, the chair of the tech-focused House Energy and Commerce Committee.”

— Jeff Holmes has started as the new senior vice president of public affairs at the New York City Economic Development Corporation. He most recently was an associate at the Brunswick Group and is a Bill de Blasio administration and SKDK alum.

— Melissa Lavinson is joining National Grid as New England vice president of corporate affairs, based in Boston. She was most recently senior vice president of federal government and regulatory affairs and public policy at Exelon and is a Pepco and PG&E alum.

— Maggie Grove has been named chief strategy and impact officer at Public Agenda. She previously was interim president and vice president for strategy and operations at Campus Compact.

— Justin Mark O’Leary is now scheduler/office manager for Rep. Norma Torres (D-Calif.). He most recently was principal at JMO Strategies.