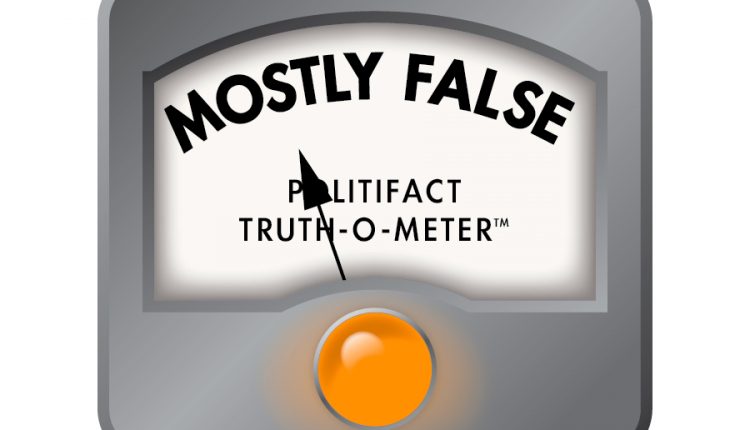 “With Proposition 1, the number of abortion seekers from other states will soar even higher, costing taxpayers millions more.”

California Together, a campaign led by religious and anti-abortion groups, is hoping to persuade voters to reject a ballot measure that would cement the right to abortion in the state’s constitution. The group is warning that taxpayers will be on the hook for an influx of abortion seekers from out of state.

Proposition 1 was placed on the ballot by the Democratic-controlled legislature in response to the U.S. Supreme Court’s decision to overturn Roe v. Wade. If passed, it would protect an individual’s “fundamental right to choose to have an abortion,” along with the right to birth control.

California Together’s website says: “With Proposition 1, the number of abortion seekers from other states will soar even higher, costing taxpayers millions more.”

The campaign raised similar cost concerns in a voter information guide that will be mailed out to every registered voter ahead of the Nov. 8 election. One prominent argument is that Proposition 1 will turn California into a “sanctuary state” for abortion seekers, including those in late-term pregnancy — and that would be a drain on tax dollars.

We decided to take a closer look at those eye-catching statements to see how well they hold up when broken down.

We reached out to California Together to find out the basis for its arguments against the measure. The campaign cited an analysis from the pro-abortion rights Guttmacher Institute, which estimated before Roe was overturned that the number of women ages 15 to 49 whose nearest abortion provider would be in California would increase 3,000% in response to state abortion bans. The Guttmacher analysis said most of California’s out-of-state patients would likely come from Arizona because it’s within driving distance.

California Together does not cite a specific cost to taxpayers for the measure. Rather, it points to millions of dollars the state has already allocated to support abortion and reproductive health services as an indication of how much more the state could spend if the proposed amendment passes.

Sources indicate that people are already coming to the state for abortion services.

Jessica Pinckney, executive director of Oakland-based Access Reproductive Justice, which provides financial and emotional support for people who have abortions in California, said the organization had experienced an increase in out-of-state calls even before the high court ruled in June. Pinckney anticipates handling more cases as more states restrict abortion — regardless of Proposition 1’s outcome.

Will It Cost Taxpayers Millions?

In its fiscal year 2022-23 budget, California committed more than $200 million to expanding reproductive health care services, including $20 million for a fund to cover the travel expenses of abortion seekers, regardless of what state they live in. Once it’s up and running in 2023, the fund will provide grants to nonprofit organizations that help women with transportation and lodging.

However, none of that spending is connected to Proposition 1, said Carolyn Chu, chief deputy legislative analyst at the nonpartisan Legislative Analyst’s Office. It’s already allocated in the budget and will be doled out next year regardless of what happens with the ballot measure.

In the end, the Legislative Analyst’s Office found “no direct fiscal effect” if Proposition 1 passes because Californians already have abortion protections. And people traveling from out of state don’t qualify for state-subsidized health programs, such as Medi-Cal, the state’s Medicaid program, Chu added in an interview. “If people were to travel to California for services, including abortion, that does not mean they’re eligible for Medi-Cal,” she said.

Still, Proposition 1 opponents see the cost argument playing out in a different way.

Richard Temple, a campaign strategist for California Together, said a “no” vote will send lawmakers a mandate to stop the support fund. “Defeat Prop. 1, and you send a loud signal to the legislature and to the governor that you don’t want to pay for those kinds of expenses for people coming in from out of state,” Temple said.

What About an Influx of Abortion Seekers?

A key element of California Together’s argument is pegged to the idea that California will become a sanctuary state for abortion seekers. Opponents assert that Proposition 1 opens the door to a new legal interpretation of the state’s Reproductive Privacy Act. Currently, that law allows abortion up to the point of viability, usually around the 24th week of pregnancy, or later to protect the life or health of the patient.

An argument made in the voter guide against the constitutional amendment is that it would allow all late-term abortions “even when the mother’s life is not in danger, even when the healthy baby could survive outside the womb.”

Because the proposition says the state can’t interfere with the right to abortion, opponents argue that current law restricting most abortions after viability will become unconstitutional. They contend that without restrictions, California will draw thousands, possibly millions, of women in late-term pregnancy.

Statistically, that’s unlikely. The state doesn’t report abortion figures, but nationwide only 1% of abortions happen at 21 weeks or later, according to the Centers for Disease Control and Prevention.

Whether there will be a new interpretation if Proposition 1 passes is up for debate.

UCLA law professor Cary Franklin, who specializes in reproductive rights, said that just because Proposition 1 establishes a general right to abortion doesn’t mean all abortion would become legal. Constitutional language is always broad, and laws and regulations can add restrictions to those rights. For example, she said, the Second Amendment to the U.S. Constitution grants the right to bear arms, but laws and regulations restrict children from purchasing guns.

“The amendment doesn’t displace any of that law,” Franklin said.

But current law was written and interpreted under California’s current constitution, which doesn’t have an explicit right to abortion, said Tom Campbell, a former legislator who teaches law at Chapman University. If Proposition 1 passes, courts might interpret things differently. “Any restriction imposed by the state on abortion would have to be reconsidered,” Campbell said.

The Legislative Analyst’s Office concluded that “whether a court might interpret the proposition to expand reproductive rights beyond existing law is unclear.”

California voters will soon have their say.

Polling has found widespread support for the constitutional amendment. An August survey by the Berkeley IGS Poll found 71% of voters would vote “yes” on Proposition 1. A September survey by the Public Policy Institute of California pegged support at 69%.

California Together warns voters: “With Proposition 1, the number of abortion seekers from other states will soar even higher, costing taxpayers millions more.”

Proposition 1 would protect an individual’s “fundamental right to choose to have an abortion.”

While it could lead to more people coming to California for abortion services, that’s already happening, even before voters decide on the measure.

In addition, Proposition 1 doesn’t allocate any new spending. So the $20 million state fund to cover travel expenses for abortion seekers would exist regardless of whether the constitutional amendment is adopted. Bottom line: A nonpartisan analyst found there will be no direct fiscal impact to the state, and out-of-state residents don’t qualify for state-subsidized health programs.

It’s speculative that Proposition 1 would expand abortion rights beyond what’s currently allowed or that the state would allocate more money for out-of-state residents.

CalMatters, “California Fails to Collect Basic Abortion Data — Even as It Invites an Out-of-State Influx,” June 27, 2022

Purchase and Bust: After Platinum Well being Took Management of Noble Websites, All Hospital Employees Had been Fired