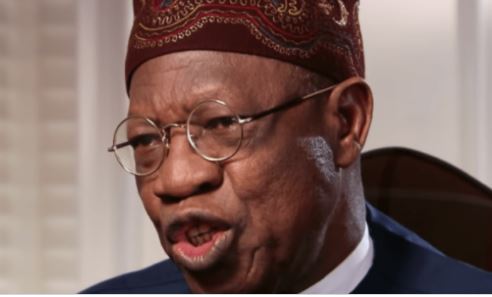 One of the things we learned from the last year’s Twitter ban is that Nigeria has the ability to tell global companies what to do when it comes to who should access their platforms. In 2021, the Nigerian government shut down Twitter for deleting a presidential tweet that threatened some southeastern secessionists. Now, the Nigerian government is warning Google to block the Indigenous People of Biafra (IPOB) and its affiliated groups from communicating via Youtube and other Google platforms.

Last week, Nigeria’s information minister, Lai Mohammed, told Google executives in a meeting in Abuja that certain groups, some of which the government had declared illegal, should no longer be allowed to use Google platforms. He maintained that some of these groups have been labeled as terrorists and could thus jeopardize national integrity.

“Channels and e-mails containing names of banned groups and their affiliates should not be allowed on Google platforms,” Mohammed said explicitly.

Notably, the Nigerian government has been on an ambitious mission in the past few years to control technology-enabled social conversations in the country. Before the Twitter ban, there was the attempted social media bill that sought to hand the regulation of all social media conversations to the Nigerian government. The bill, officially termed the ‘Protection from Internet Falsehood and Manipulation and for other Related Matters Bill 2019’, was met with vehement opposition by citizens and corporate organizations.

Again, in July 2022, the Nigerian government struck another regulatory spear using the National Information Technology Development Agency (NITDA). The agency released the draft of a “code of practice” to regulate online conversations, which was again met with Nigerians’ disappointment.

This time around, though, it seems like Nigeria’s attempt to regulate Google is more specific to the online activities of the Indigenous People of Biafra (IPOB). The group, which is campaigning for the secession of Nigeria’s south-east, has been labeled by the federal government as “terrorists.”

According to the minister, the government was particularly interested in curtailing IPOB’s online activity, asserting that the regulatory attempt was born from the need to protect internet users from the harmful effects of social media, especially as the 2023 presidential election approaches.

Through its sub-Saharan African director for government affairs and public policy, Charles Murito, Google responded to the minister’s demands by maintaining that the company already has measures that address the government’s concerns.

The global technology behemoth did not communicate whether or not it would block the groups called out by Mohammed. Rather, it expressed an understanding of the government’s concerns, asserting that Google platforms are not to be used for harmful objectives.

“We share the same goals and objectives,” Murito said in a post. “We do not want our platform to be used for ill purposes.”

Get the best African tech newsletters in your inbox