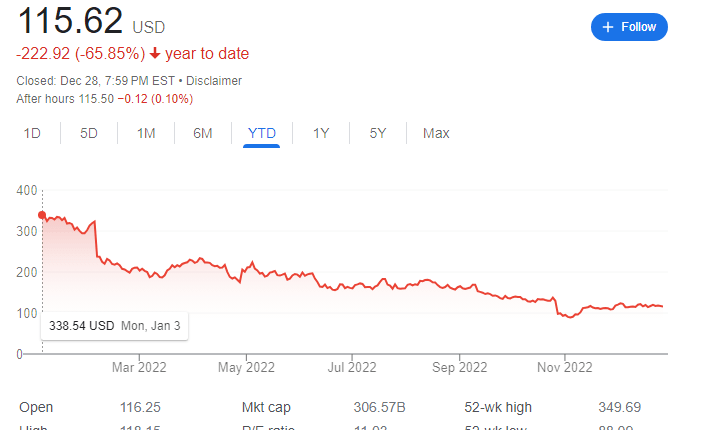 from the best of times dept

Long term readers of Techdirt know that, since 2008, I’ve written a final post of the year on reasons to remain optimistic. It started when some people kept telling me that when they read what I wrote I sounded angry and frustrated, but when they’d meet me in person, I always seemed optimistic about the prospects for the world. As I’ve noted, I don’t see this as a contradiction at all. I remain incredibly optimistic about the potential for innovation, and generally frustrated and angry at whatever is getting in the way of making that optimistic vision a reality.

If you’d like to read past year’s New Year’s messages here they all are:

For large parts of this year, I actually wondered if there was really that much to be optimistic about in tech, but over the last few months I have to admit that I’ve been the most optimistic I’ve been in a long time. I previewed just some of my thinking just about a week ago when I noted that I can’t see any reason for anyone to invest time in building up a social graph on yet another centralized social media network, now that we’re seeing how a decentralized one can actually work, and work well.

When I posted that, someone on Mastodon joked that they had no idea that I was a secret optimist, but again, that’s the spirit of these posts.

And now is a fantastic time to be an optimist about tech innovation, even as it sometimes feels like the world is falling down around us, and there are tons of terrible regulations being proposed (and sometimes, tragically, being turned into law). Also, some will argue that with high inflation, an apparent economic recession, and much of the tech industry contracting, it’s one of those nuclear winter scenarios.

But, I disagree. Yes, all of those things are bad, and it’s having a real impact on many people’s lives. But having lived through multiple tech “crashes,” I’ve learned how this is the time when things tend to get more interesting. The most interesting innovations almost always come out of the “dark” times in tech. Sometimes it’s because of those dark times, whether it’s because more tech folks have extra time on their hands, or because an industry (or wider economic) recession just clarifies new opportunities.

Over the last five or six years or so, people kept insisting that the big internet companies were too big and too powerful to ever fail or get disrupted. I kept pointing out that people have said that over and over in the past with regards to tech and they were always wrong. Yet, “this time is different” was the refrain I’ve heard over and over and over again. And… while the big companies are still big, none of them look invincible at all any more.

These giants are not quite so invincible any more.

This is crazy exciting. I know that Techdirt haters keep (falsely) claiming that we’re “big tech shills” or whatever, but watching the natural order of things take down these giants and open up new paths to innovation is one of the most thrilling developments for innovation in recent years. I don’t think any of those companies will disappear, of course, but having them fade into the background and allowing some new entrants to lead the innovation train for a while is a compelling thought (just as happened with previously dominant firms like Microsoft and IBM).

We’re seeing opportunities ahead. I already talked about the rise of Mastodon and the opportunities for pushing power away from internet giants and out towards the users. That remains one of the most exciting things to happen in the last year, especially since people had predicted it for years with little to show for it. Until now. The innovation currently happening on Mastodon is fun to see, especially as Facebook and Twitter seem to be flailing in spectacular ways.

And it’s not just in social media.

Over the last few years, we kept being told that “big tech” companies had an impossible-to-close lead in artificial intelligence. We were told that only Google, Meta, Amazon, and Microsoft could possibly “lead” in AI, because they had access to the best talent, and the most data, and no one else could possibly catch up. We were told over and over Again that antitrust had to look at these big companies and how they were going to control the AI ​​world.

And yet, by far the most interesting AI developments this past year came… not from any of those companies, but from OpenAI, a for-profit entity that is owned by and started as a non-profit. Earlier this year it unleashed DALL-E 2 on the world, showing just how powerful and creative one could be with AI generated art. And almost immediately we saw a bunch of similar offerings (many building on OpenAI’s initial work) popping up, such as MidJourney, and the open source Stable Diffusion. And while Google and Meta have previewed their own versions of this technology, both are playing from (way) behind, rather than leading the way.

Just as the year was coming to a close, OpenAI’s ChatGPT got the world excited about advances in generative text as well, to the point that some are even talking about how ChatGPT could actually eventually challenge Google’s core search business. It’s way too early for that, and ChatGPT is nowhere near in a position to make a dent in Google’s search business… but, there’s an opening. An opening that just a year ago many people insisted was impossible.

There have been some other fun surprises in the hardware world as well. While it launched in 2021, 2022 is when the Framework laptop seems to have really started to take off, showing that a brand new laptop company can enter what had felt like a mostly closed market with an innovative take that is focused on (yet again) putting more power in the hands of the end users: shipping a laptop that not only is designed to be modified by the owner, but where the user is specifically encouraged to repair and modify their own laptops. In an age where the big companies are still fighting a right to repair, we’re seeing smaller companies step in and see the right to repair as a market opportunity to come in and beat the big guys.

Meanwhile, another thing that some people think bodes poorly for tech may be just the opposite: the collapse of cryptocurrencies capped off with the complete disintegration of FTX showing that it appeared to just be three different frauds stacked upon each other in trench coat pretending to be an actual financial firm… is great news. I have strongly mixed feelings about much of the cryptocurrency space, because I do think there actually are some potentially useful opportunities in (once again) moving some level of power out from giant central players (banks in this case) towards a more decentralized world that empowers those who used to be kept out of the system.

And there have been kernels of interesting ideas built into some of the innovations around smart contracts and decentralized finance. But…almost all of that has been completely buried in frauds, scams, and get rich quick ponzi schemes. So I think it’s also great news for most of that to be destroyed, and for most people to turn their attention elsewhere, to see how people who aren’t in it for the monetary aspect can make some useful things with the technology. Or, maybe they won’t do that at all. But we have a better chance of finding out if the scams and nonsense are cleared away and everyone thinks it’s dead and buried.

In short, all of the stuff that lots of people seem to think is really “bad” for tech is really only bad for the old way that things were done, which had very real problems. And that means we have a huge opportunity to rebuild things in a better way. Like we’re seeing with Mastodon and more decentralized social media, and which we might see with new innovations in AI and elsewhere.

Things may be bad for “big tech,” but that’s the perfect time for us to fix all that went wrong over the past decade. So it’s time to be optimistic again. It’s time to innovate and to focus on doing things better this time around.

Last year, I talked about the idea of ​​an Eternal October, and… at that point it was wishful thinking. Now, I can actually see the path to it coming true, and that’s incredibly exciting.

Separately, this has been a wild year for Techdirt and the Copia Institute. Copia launched our first browser based game, called Startup Trail, to go along with many other game related projects we’ve been doing (and there are so, so many more in progress that we look forward to sharing soon). We’ve also been astoundingly busy on about half a dozen different papers and reports, many of which should be coming out soon.

On the Techdirt side, we’ve had some huge stories that received tons of attention. We were the only ones really covering some terrible legislation in California. We’ve done some important debunker stories, and I’ll pat myself on the back and say we’ve had the most thorough and comprehensive coverage of everything that Elon Musk is fucking up at Twitter over the course of a crazy, crazy year.

We also went through the somewhat Herculean task of moving 25 years of legacy Techdirt over to an entirely new platform. That wasn’t without some hiccups, but given how much went into it, the move was relatively smooth (though we’re still finding and squashing some bugs many months later), and are looking forward to doing more now that we’re on a more extensible platform. Oh yeah, we also celebrated our 25th anniversary and had a really fun event for Techdirt Insiders. We’re planning to do more of those, so I’ll put in one final pitch to consider becoming an Insider, joining the Discord and participating in future events. Or there are lots of other ways to support us.

As always, my final paragraph of these posts is thanking all of you, the community around Techdirt, for making all of this worthwhile. The community around Techdirt remains an amazing thing to me. I’ve said in the past that I write as if I’m going to share my thoughts into an empty void, not expecting anyone to ever pay attention, and I’m always amazed when anyone does pay attention, whether it’s to disagree with me, add some additional insights, challenge my thinking, or even reach out to talk about how to actually move some ideas forward. So, once again, thank you, who are reading this for making Techdirt such a wonderful and special place over these past 25 years, and as we push forward into this wide open world of new opportunities.

Weighing Dangers of a Main Surgical procedure: 7 Questions Older People Ought to Ask Their Surgeon

Massive Tech regulation in 2022 centered on monopolies, M&As, and enlargement