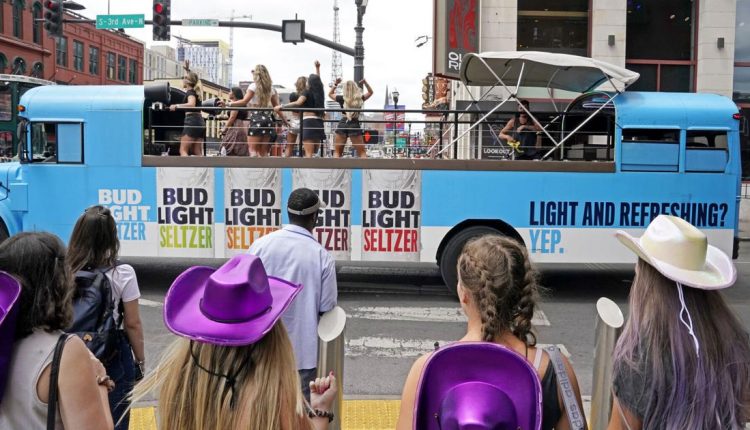 Party buses and barges hauling many alcohol-drinking tourists down Lower Broadway could be subject to local regulations if a Metro Council bill tabled on Friday is passed.

Sponsored by Councilor Freddie O’Connell, whose borough encompasses much of the downtown area, the bill aims to regulate larger transpotainment vehicles like party buses, tractors and hot tubs in much the same way that smaller vehicles like pedal cabs and carriages are already regulated.

It would also ban alcohol consumption in unlocked transpotainment vehicles.

“As with too many disruptive industries, the operators of many of these vehicles have taken advantage of our legal framework and have become worse than a nuisance; they have become a security risk, “O’Connell said in a statement on social media. “I am confident that Metro has sufficient legal powers to better protect our residents and the quality of life.”

In July, a tourist fell from a party bus and was run over on Lower Broadway. The incident sparked new calls from local officials to regulate the industry. Last month, the Metro Transportation Licensing Commission denied all permit applications for new transportation entertainment vehicles.

The draft law lays down safety standards for such vehicles and provides that vehicles and their drivers are approved annually by the approval committee. Vehicle drivers would have to undergo a criminal background check and attend a hospitality training program with safety briefing before being granted a license.

O’Connell said he had consulted with attorneys from Metro Council, the Metro Legal Department, state partners, and downtown stakeholders, including the Nashville Convention & Visitors Corp. and The DISTRICT Nashville.

“We’re proud to see a real first step towards making downtown a safer place to live, work, study and play. Councilor O’Connell’s legislation will not only close the loopholes that have allowed the worst transportation felons to ramp up, but will ensure that Nashville remains a vibrant, safe place for visitors and residents alike, ”Jim Schmitz said , Co-organizer of Safe Fun Nashville, said in a statement. “Now is the time for the rest of Metro Council and Mayor Cooper to pass this bill and clean up the party vehicle scene before anyone else lands under the wheels of a bus.”

Councilor Sean Parker also tabled a bill banning alcohol in party vehicles, which was passed on initial scrutiny last Tuesday. It would have to cast two more votes before it becomes law.

State law allows local governments to regulate vehicles that carry fewer than 14 passengers, including bike taxis, pedal taverns, and horse-drawn carriages. However, it currently prohibits regulation of transpotainment vehicles if they are carrying 15 or more passengers – that excludes most party buses and larger vehicles.

In recent years, state lawmakers on both sides of the aisle have tried to change state law to prevent local regulation of the industry.

Mayor John Cooper has long been a supporter of security reforms for the industry and promised on Friday to continue working on the necessary changes at the state level.

“Now is the time to address the glaring quality of life issues arising from aspects of the entertainment transportation industry,” Cooper said in a statement released Friday. “I will continue to work with stakeholders to ensure a successful outcome in the upcoming state legislature.”

That year, a bill tabled by Senator Jeff Yarbro, D-Nashville, was heard on a committee but was postponed to the 2022 legislature. Yarbro’s bill would allow local governments to regulate transportation entertainment services as long as they comply with state safety regulations.

Governor Bill Lee recently said he was open to change, but his support would depend on the details of a bill submitted.

“I would definitely want to see it,” Lee told reporters during a briefing on Thursday afternoon. “There are times when local decisions are the best way to make a decision and sometimes the state has to intervene.”