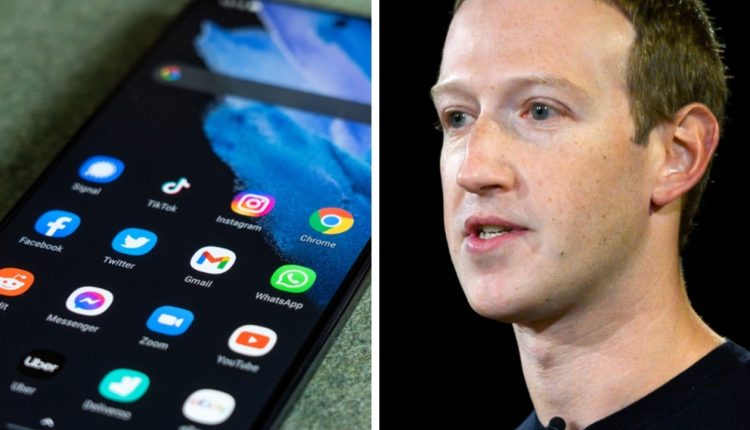 Meta threatens to close down Fb and Instagram in Europe

Meta has warned that Facebook and Instagram could be shut down in Europe if it is unable to transfer data to US servers.

Meta has warned it could shut down Facebook and Instagram in Europe if it is not able to transfer data to American servers.

The parent company of Facebook made the declaration in its annual report to the US Securities and Exchange Commission on Thursday.

The tech giant blamed evolving laws and regulations from European regulators, courts and legislative bodies — that have increasingly scrutinized the social media company — and which Meta said was impacting its “critical operations”.

In particular Meta cited a 2020 decision by the Court of Justice of the European Union regarding the so-called “Privacy Shield.”

That agreement allowed for a framework for data transfers from the EU to the US and was invalidated by the CJEU.

The EU has strict data protection requirements regarding the transfer of personal data from Europe to the US.

Meta currently relies on Standard Contractual Clauses to transfer data, which the company cautioned could be subject to “regulatory and judicial scrutiny.”

Meta said a decision limiting its ability to transfer data to the US could be suspended from the first half of 2022.

“If a new transatlantic data transfer framework is not adopted and we are unable to continue to rely on SCCs or rely upon other alternative means of data transfers from Europe to the United States, we will likely be unable to offer a number of our most significant products and services, including Facebook and Instagram, in Europe, which would materially and adversely affect our business, financial condition, and results of operations.” Meta said in the report.

Sharing data is crucial for the provision of services and targeted advertising, Meta warned.

The company said new privacy laws, such as the California Consumer Privacy Act, which creates new data privacy rights for users, limits how Meta can use sensitive personal information and allows for more user control on how their data is shared with third parties, could adversely affect the social media company.

Meta said the new laws and regulations could lead to “unfavorable outcomes”, adversely affect the development of new products, lead to “negative publicity and reputational harm” and force the company to modify or cease its existing business practices.

Meta did not immediately respond to a request for comment from news.com.au.

Meta shares fell sharply on Friday, plunging nearly 27 per cent in a rout unlike anything seen on Wall Street before.

The drop began after Facebook revealed its user growth had stalled.

More than $US250 billion ($A350 billion) was wiped off the company’s paper value.

Newly-renowned Meta is investing heavily in its futuristic “metaverse” project, but for now, relies on advertising revenue for nearly all its income.

So when it posted sharply higher costs but gave a weak revenue forecast late Wednesday, investors got spooked.

The 37-year-old’s personal wealth plummeted by more than $A43 billion.

A Dialog with Eszter Varsa

A pivotal second: The web is in a state of uncertainty proper now