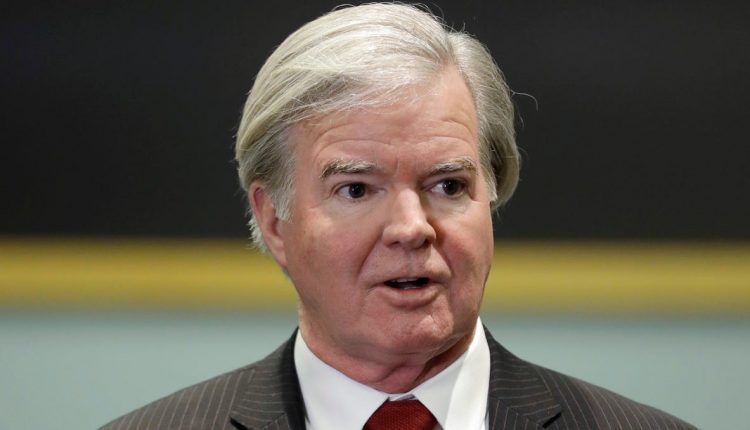 Mark Emmert was not the chief the NCAA wanted; his successor higher be

When NCAA President Mark Emmert’s contract was extended last year, the news was met in circles around college athletics with a mood somewhere between ambivalence and displeasure.

Emmert’s replacement has an enormous job to do. The coming years will, for better and worse, probably define at least the next quarter century of college athletics.

More: Doyel: Under leadership of outgoing president Mark Emmert, NCAA has careened out of control

In an announcement posted on social media after 6 pm Tuesday, the association confirmed Emmert plans to step down either on June 30, 2023, or when a new president is selected. It will, for Emmert, conclude well over a decade in the NCAA hot seat, during which time the landscape around the association and its mission have changed dramatically.

“With the significant transitions underway within college sports, the timing of this decision provides the association with consistent leadership during the coming months plus the opportunity to consider what will be the future role of the president,” John J. DeGioia, president of Georgetown and chair of the NCAA Board of Governors, said in a news release: “It also allows for the selection and recruitment of the next president without disruption.”

Emmert’s tenure will be remembered for the unrest and evolution — sometimes bordering on revolution — that beset college athletics during his time leading the NCAA. Expansion of athletes’ rights, the continued push by the nation’s most powerful conferences for more governing autonomy, dramatic and sometimes mishandled scandals, the explosion of athlete transfers and the introduction of name, image and likeness policies have all changed in different ways the face of college sports since Emmert took office in November 2010.

Often, Emmert acted as a lightning rod for criticism surrounding these big issues, both he and the organization he led being perceived as obtuse, myopic and reactionary. But, while there were moments when he was not in lockstep with the administrators and ADs he served (the autonomy push a prime example), so often, Emmert was simply presenting the positions the NCAA’s member institutions wanted the association to hold.

This is not to complete Emmert of responsibility. At best, the NCAA under his guidance moved too slowly to respond to important developments in college sports. At worst, the association could sometimes be heavy handed and out of touch with popular sentiment, even at times within its own membership.

Now, that membership needs a new leader to guide it into an uncertain future.

DeGioia’s statement referring to “significant transitions underground within college sports” hardly does justice to the ways in which college sports are being fundamentally altered almost daily.

Since the difficult 2020-21 academic year — probably better described as “the COVID season” for NCAA athletics — there has been a feeling that a number of longtime fixtures in college sports could step back.

NIL rules are changing the relationships among athletes, coaches and schools in foundational ways. The transfer portal, coupled to the one-time eligibility exception, has thrown out the old ways of thinking about program building and roster management, and therefore the fundamental athlete experience.

Just in the past two years, college basketball has seen three of its most respected elder statesmen, Roy Williams, Jay Wright and Mike Krzyzewski retire, and at the local level there has been just as much movement.

All of this is happening at a time when college athletics’ need to define the terms of its own future has arguably never been greater.

The NCAA pushed for a federal solution to the NIL issue, in no small part so governing the practice might be handed to another body. Most of the momentum behind a national NIL law now apparently dead, the association is left with a hodgepodge of state laws (some of which are currently being rewritten) and individual schools’ policies. Athletes are now being compensated for, if not their performance, then certainly its attendant notoriety, a reform that cuts at the heart of the NCAA’s notion of amateurism.

There also exists across college sports a feeling that the association might not have much stomach for major punishment of bad actors, in NIL or any other space previously under its jurisdiction.

The NCAA may have played down Justice Brett Kavanagh’s cutting, thorough criticism in a concurring opinion in the Supreme Court’s unanimous ruling against the association in NCAA v. Alston — an antitrust challenge to NCAA authority — last year. But there has been a growing belief since Alston that the association is wary of welcoming further legal challenges, lest it lose once again on the national stage, and that the NCAA might therefore not have much stomach for strict rules enforcement right now.

All of which builds to the fundamental question facing Emmert’s eventual successor: Where will the NCAA fit in a college sports future that remains impossible to forecast?

Will those conferences continuing to gather further autonomy, both financially and at the governing level, pull them further away from NCAA headquarters in Indianapolis? Will further legal challenges to the NCAA’s authority weaken the association’s power over college sports? How will NIL, the transfer portal and the national mood continue to affect athletes’ rights in issues like long-term medical care, collective bargaining and, perhaps, even direct pay-for-play employment in the future?

These are no longer Emmert’s questions to answer, not his problems to solve. They will fall on someone else’s desk soon. Emmert doesn’t seem destined to be remembered fondly for his dozen years in charge of the NCAA, though his failings have not always been his and his alone.

But the task facing his successor is vast. Their leadership will likely define the role of the NCAA in college sports for the next quarter century, if not longer.

Name It ‘Mexicare’: Fed Up With Excessive Medical Payments, a Household Crosses the Border for Well being Care