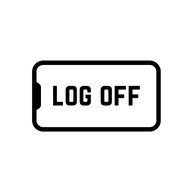 Emma Lembke, a freshman at Washington University in St. Louis, didn’t need a Facebook whistleblower or neuroscience researcher to tell her that social media messes up teenagers’ brains. She lived it.

“The more time I spent on social media, the more anxious and isolated I felt, which is of course ironic because people turn to social media to avoid feeling isolated,” said Lembke, who is from Birmingham, Ala. originates. I knew it couldn’t be just me. Why haven’t more people been discussing how negative social media can be? Why is everyone turning to their screens and not each other? This anger catalyzed my desire to solve the problem or at least to have the conversations that I missed. “

In high school, Lembke founded Log Off, an organization for and by young people who want to raise awareness of the effects of social media on mental health. Members from around the world have started a blog, podcast, character education curriculum, and hope to start a network of school and campus chapters. Lembke also recently launched Tech (nically) Politics, an advocacy group that will push for regulatory change.

“The spirit doesn’t go back into the bottle,” said Lembke. “The question is how we live with it and how we produce social media in a humane way.”

Here Lembke tells how she deals with social media, what prompted her to start Log Off and why she will never follow Olive Garden again.

How were your first interactions on social media?

I started Instagram in sixth grade. I remember the moment so well because I was the last one in my group of friends to get Instagram. I’ve spent hours following people. I followed everyone – Beyonce, Olive Garden. It was in that amazing moment that I felt connected to everyone in the world.

And that took a while. But soon I was on social media for five or six hours a day. I was obsessed with the number of followers I had and the number of likes and comments I received. My feed presented this strange reality where everyone looked perfect and lived this perfect world. I have measured myself by these standards all the time.

When did you know you had to break the cycle?

I remember hearing the buzz of my phone and the Pavlovian reaction to reaching and grabbing it. I remember thinking, “Why can’t I get out of this cycle? There has to be a little more. ”And then I started researching. I found all of this information about how social media works and how it affects young people. But the only thing I couldn’t find was a community where people could come together and talk about how social media was affecting their mental health. That led to the logout.

And now you’ve launched Tech (nically) Politics, which advocates laws and regulations to protect young people. How will this group affect?

We don’t have the voice, but we do have these stories that are so powerful and can help keep the younger generations from suffering further harm. I really see this beautiful wish among members of my generation, Generation Z, to protect their younger siblings and the closest people, because something like this shouldn’t happen again. We were the generation that was really harmed because there was no regulation. I don’t blame the government. I don’t blame any particular people because I don’t think anyone knew the extent to which this could really invade society and harm children. But now we do. The action must begin. We should examine what other nations have done and examine what would be effective here. Can we regulate the automatic scrolling? Neuromarketing? The algorithms that manipulate us?

Do you use social media?

Absolutely. I love getting funny memes from my sisters and sending selfies to my friends. But I try to resist this pull, to react to everything. It was tough during the orientation week. Everyone said, “What’s your Snapchat? What’s your Snapchat? “There was a feeling I had to answer a billion people I didn’t know. And in college, you feel like you have to curate that online personality because that’s the first impression people get see of you.

What strategies have helped you control your usage?

I unfollowed a lot of celebrities and that made a difference. I’ve downloaded apps that ask me if I want to be on my phone right now. I did grayscale. Setting those smaller boundaries that create friction between me and these addicting platforms made me feel like I could use social media in ways that actually benefit me.

So no olive garden?

My best interaction on social media was when I posted “I ♥ ️ Olive Garden” and they replied, “We ♥ ️ you”. That’s how Olive Garden stays.

The ER Charged Him $6,500 for Six Stitches. No Marvel His Critically Unwell Spouse Averted the ER.