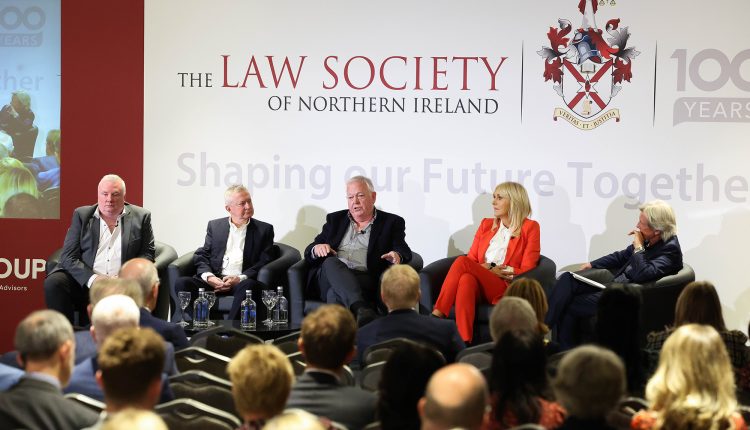 Social media companies must be held legally responsible for what users post on their platforms in order to protect individuals from defamation, harassment and abuse, the Law Society of Northern Ireland’s centenary conference heard.

Introducing the discussion, Mr Tweed told delegates: “President Biden last week made a pronouncement that something has to be done about making social media companies more accountable. It’s the only thing where Biden appears to agree with Trump, because he made the same demand in 2016 […] Needless to say, nothing’s happened.”

He also criticized the slow pace of progress in both London and Dublin on new online harms legislation.

As public figures, Mr Nolan and Ms O’Callaghan shared their experiences of politically-motivated harassment and abuse on platforms like Twitter — while Mr Walsh told the conference that he steered clear of social media altogether.

Mr Nolan highlighted one incident in which a Twitter user threatened to shoot him, but he was told by Twitter that it had not broken the platform’s guidelines.

Ms O’Callaghan told the conference: “[Social media companies] have always said they don’t publish anything, they’re just putting it out there but they’re not responsible for it.

But “they haven’t done it yet”, Ms O’Callaghan pointed out.

Mr Ogilvy said: “We’re so far behind the times here. The media and the law have been very dilatory in meeting the challenges of the digital revolution.

“We’ve got Ofcom as a body which supervises television and radio — it should be given real teeth and be allowed to supervise also the social media companies.”

A recording of the full conference proceedings will be made available by the Law Society later.