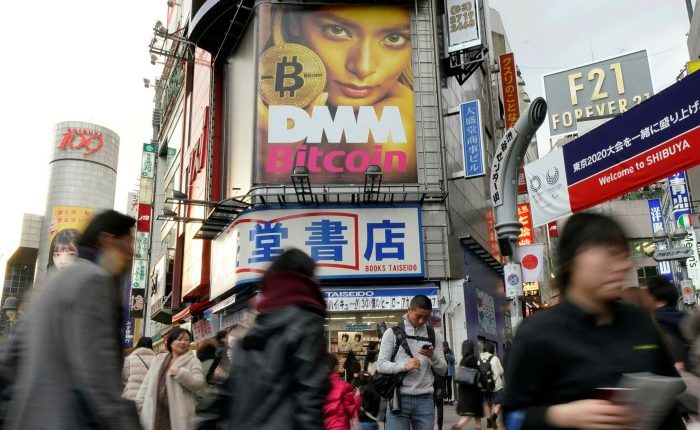 Visions of a deepening crypto crash and the ruin of global investors were set aside at a luxury hotel in Okinawa recently where one of the industry’s most important annual conferences celebrated the opportunities of blockchain technology with influencers like Mr Block and Miss Bitcoin.

At the invite-only jamboree, more than 1,600 executives and industry gurus gathered to celebrate all things virtual. “The future has arrived,” declared the conference slogan. The mood of the three-day event in Naha, said the head of one online Japanese exchange, was “alcoholic and optimistic”.

But back in Tokyo, where the drier and quietly pioneering work involved in the country’s bold digital currency experiment takes place, the tone was very different.

In extensive interviews with the Financial Times, industry executives, lawyers and current and former financial regulators sounded the alarm over a spiraling regulatory crisis in Japan’s multibillion-dollar virtual asset business.

“When Japan decided to experiment with self-regulation of the cryptocurrency industry, many people around the world said it would not work. Unfortunately, right now it looks as though they may be correct,” said one person close to both industry and the government.

Over recent months, major disagreements have opened up at the Japan Virtual Currency Exchange Association — the body established in 2018 to create a global precedent for crypto industry self-regulation.

The organization itself, said members drawn from the country’s 32 licensed crypto exchanges and including former government officials, is in the grip of a crisis that threatens its entire purpose.

The Japanese Financial Services Agency has repeatedly criticized its poor governance and, in a stunning act of defiance for Japan, the staff of the JVCEA’s secretariat have even formed a union to try to protect themselves.

The origins of the current crisis, which involves a stand-off with regulators, corrosive infighting and a chronic lack of resources, lie in Japan’s approach to cryptocurrencies and the country’s status as a pioneering global center of activity for virtual asset trading.

Shortly before it imploded spectacularly in 2014, the Japan-based crypto exchange MTGox was the most active in the world by traded volumes of Bitcoin and other early cryptocurrencies.

As part of its subsequent efforts to protect individual investors while securing the country’s status as a global center for a fast-growing business, the government became the first in the world to recognize cryptocurrencies as financial assets in 2017.

Shortly afterwards, amid an explosion of new exchanges and a massive boom of investment by younger Japanese customers, the FSA established the first system for licensing crypto exchanges.

At the same time, it began its experiment with industry self-regulation, hoping that, given its own limited resources, it could rely on the JVCEA to police its own members and evolve dynamic new policies for the industry.

Four years later, the regulator does not seem happy with the results.

Board meeting minutes from December obtained by the FT describe JVCEA receiving an “extremely stern warning” from the FSA over two meetings at the end of last year.

People familiar with the situation said the regulator has been concerned about delays to crucial anti-money laundering regulation and, the minutes show, was not “clear what kind of deliberations the body was having, what the decision-making process was, why the situation what the way it was, and what the responsibility of the board members were”.

The FSA also pointed to a lack of communication between JVCEA directors, its secretariat and member operators, resulting in poor management of the organisation.

The recent market turmoil has meant that both new and well established cryptocurrencies have had to go through a full review process before new operators could deal in them. In some cases, it has taken six months to a year for a single currency to be reviewed by the JVCEA.

“The regulators have pushed to establish anti-money laundering regulations. . . but the industry has been taking its time to work on it. There’s a very strong request from the FSA to move on this,” said Meiji University professor and JVCEA board member Masao Yanaga.

Yanaga said the JVCEA lacked resources to move quickly. He also noted concerns that crypto exchanges were small operators “so if they’re asked to implement high-level measures, it’d be really difficult for them to respond” because of a lack of resources.

He added that anti-money laundering rules were hard to implement in the absence of international agreements on sharing customer data between exchanges.

“The operators of the exchanges worry that even if we create these rules, they won’t be able to implement them,” he said.

One person close to the JVCEA said that office staff mostly consisted of retired people from banks, brokerages and government departments rather than secondees from member companies.

“That is why no one there really understands blockchain and cryptocurrencies. The whole mess shows it is not a simple problem of governance. The FSA is very angry about the whole management,” said the person.

In response to a request for comment, the JVCEA said it was making improvements in response to the FSA’s concerns.

The JVCEA is chaired by Satoshi Hasuo, president of industry giant Coincheck, with appointed representatives from various operators and external experts serving on its board.

Although it has been working to speed up the approval process, people opposed to Hasuo in the JVCEA said that delays in approving coins are creating an unfair disadvantage for newer entrants as they seek to compete with longer-established players, such as Hasuo’s Coincheck.

The JVCEA admitted that the process has been taking a long time because of a lack of skilled staff and that this “caused inconvenience” for new members. But it added that it had no intention of favoring more established exchanges.

Those with knowledge of the labor union said it was created by staff unhappy about personnel decisions made by the management. Its demands, which it has published on social media, include the removal of key figures at the JVCEA. 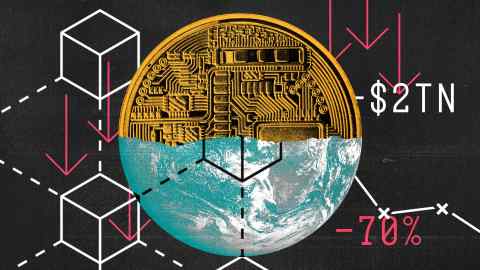 Board member Yanaga admitted it was “very unusual that a labor union was being established in such a small organisation”, adding that he “suspected that people from the understaffed managing office have come under a lot of pressure to process a lot of coin applications quickly ”.