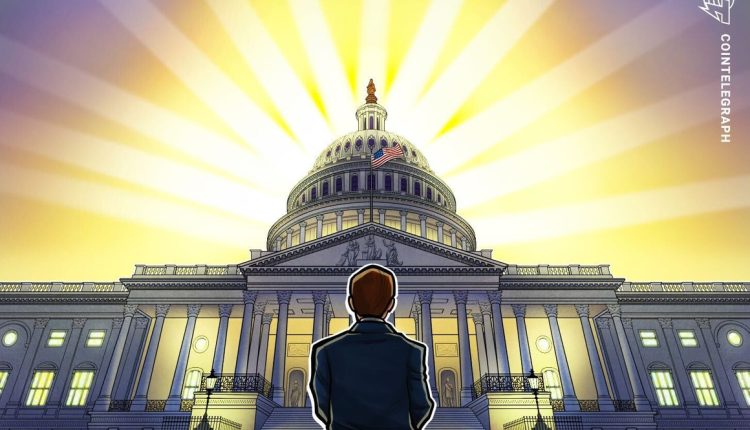 It’s time for the feds to outline digital commodities

This month, the European Union (EU) agreed on the text for a unified licensing regime for cryptocurrency exchanges to operate across the EU bloc as part of its Markets in Crypto Assets Regulation (MiCA). The United States — despite being a traditional global leader in legal frameworks for technological innovation — has not provided that same regulatory clarity.

National cryptocurrency exchanges in the US are regulated at the state level through a patchwork of money transmission laws that overburden companies while under-protecting consumers. In our view, many digital tokens are properly characterized as digital commodities rather than securities. Yet, a unified federal regime for cryptocurrency exchanges listing digital commodities does not exist.

To create one, Congress must pass legislation that clearly defines “digital commodity” and creates jurisdiction for the Commodities Futures Trading Commission (CFTC) to supervise national digital commodities exchanges. Recent bipartisan bills addressing the topic suggest that this achievement may be within reach.

Don’t let a thousand flowers bloom at the state level

The individual states, rather than the federal government, are the primary regulators of cryptocurrency exchanges and other online payment providers under the rubric of money transmitters — a category of businesses that traditionally contemplate money wire providers with brick-and-mortar locations in the state.

These laws are aimed at ensuring that money transmitters do not lose, steal or misdirect a customer’s money and impose penalties on those who do.

Because cryptocurrency exchanges have customers across the country, they must understand and abide by the unique money transmission statute of every state.

Letting a thousand flowers bloom in “state laboratories of experimentation” may spur legal innovation in some contexts, but it is a poor fit with cross-border networked goods like money transmission. As a result, state-by-state licensing of modern money transmitters is inefficient, burdensome and underprotective.

More importantly, money transmission laws are not designed to protect consumers from market manipulation in spot trading of speculative digital assets among millions of people as occurs on cryptocurrency exchanges.

In that regard, the Securities and Exchange Commission has indicated that exchanges listing digital securities should be treated as national securities exchanges, which would bring them under the investor protection regime of the securities laws.

However, the question of whether tokens currently listed on domestic exchanges are securities remains unanswered and is vigorously contested in the courts. Coinbase insists that it does not list securities — end of story.

Tokens that are not securities would appear to fall under the jurisdiction of the CFTC as commodities. However, the CFTC’s supervisory authority extends only to derivative markets for commodity tokens and not to spot markets, including exchanges, where it has only investigative and policing powers.

Using a comprehensive definition of “digital commodity,” Congress can create jurisdiction for the CFTC to supervise spot markets and address market concerns — such as investor disclosures, market transparency, fraud, manipulation and insider trading — present on exchanges. At the same time, it can establish unified licensing rules relating to the role of exchanges as custodians and payment providers.

A unified federal regime to rule them all

With legislators from both parties taking up federal crypto regulation, the time is ripe for Congress to act. We believe that a federal “digital commodity” regime that, among other things, governs domestic cryptocurrency exchanges should accomplish at least three major goals.

First, it must clearly disentangle a “digital commodity” from a security by making clear that while an investment scheme involving digital assets (usually the initial sale) triggers the application of the securities laws, the object of that scheme is more often a digital commodity rather than a security. That distinction underscores the novelty of blockchain technology: that tokens are intended to outlast their issuer and to be traded among the community of users of the blockchain outside any initial investment scheme.

Distinguishing digital commodities from securities in this way is not only correct as a matter of securities law but is also critical for maintaining a sustainable blockchain ecosystem in the United States. Treating parties engaged in standard commercial transactions involving tokens as broker-dealers transacting in securities would chill user growth and lead to the de-listing of many popular tokens like Axie Infinity (AXS) from Coinbase. The Gillibrand-Lummis bill is one draft proposal pending before Congress in which the text purports to disentangle “ancillary assets” from their investment schemes. This conceptual distinction is a step in the right direction.

Related: Federal regulators are preparing to pass judgment on Ethereum

Second, a CFTC-supervised regime of digital commodities exchanges should provide meaningful consumer protections appropriate for cryptocurrency exchanges. While treating tokens as securities and restricting them from flowing on the blockchain and trading on the secondary market in the United States would be fatal, failing to clearly and adequately address market abuses and manipulation in an industry that was valued at $3 trillion last year is similarly unacceptable. In this regard, the EU’s MiCA could be instructive.

Third and finally, any new digital commodities regime must not unduly burden industry actors and respect their constitutional rights. In August, Senate leaders introduced the bipartisan Digital Commodities Consumer Protection Act of 2022, which aims to regulate cryptocurrency exchanges as CFTC-supervised commodities brokers, dealers, custodians and trading facilities. While this renewed attention from lawmakers was welcome, it raised fresh concerns about overreach and unintended consequences on constitutionally protected activity (eg, publishing software and relaying transaction messages) and on persons who are merely buying and selling cryptocurrencies on their own accounts.

The appearance of ambitious digital asset legislation, such as MiCA, gives the United States and its domestic industry the opportunity to learn from legal approaches in other countries before they become the standard globally. (MiCA will not take effect until 2024.) It is also a reminder that the maturing blockchain industry is driving legal innovation in other markets. On the critical topic of regulating digital commodities exchanges, the United States has not been left in the dust, at least not yet, but it is undeniably playing catch-up.

Chen Li is the CEO of Youbi Capital, a digital asset VC and accelerator.

Ivo Entchev is a blockchain attorney and legal adviser to Youbi.

This article is for general information purposes and is not intended to be and should not be taken as legal or investment advice. The views, thoughts, and opinions expressed here are the author’s alone and do not necessarily reflect or represent the views and opinions of Cointelegraph.

Getting the information straight on on-line misinformation