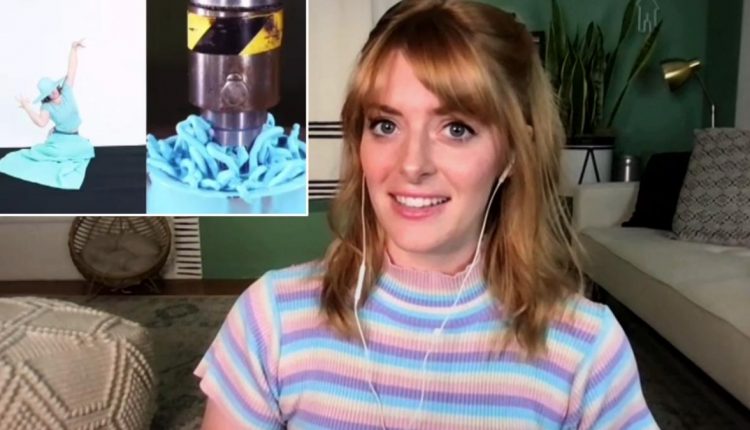 Los Angeles-based Australian actress and dancer Sarah McCreanor has had a formidable career doing commercials for some well-known brands, but it is her TikTok videos that made her famous online.

Her amazing videos, in which she performs interpretive dance that mimics unusual footage, like a hydraulic system crushing objects like a plastic ball and a toy elf, has earned her over 1.6 million followers on TikTok.

McCreanor told The Morning Show how surprised she was that the offbeat videos had attracted so much attention.

“To be honest, I have to pinch myself every now and then because it’s just crazy. And I don’t think I really understand how far it has gone, but every day I get messages from friends and family saying, ‘I just saw it again’ or ‘just saw it there again’ and it is just strange, ”she said.

When asked why a video would go viral, McCreanor stated that there was no way to predict how something might be captured.

“Personally, I think I’ve had a couple of rounds of ‘going viral’ but it’s just my stupid ideas, I just do them without questioning and it just happens so I don’t know.

“I feel like I just don’t doubt myself and sometimes it works,” she revealed.

“To be honest, I thought, ‘People just react with the expression on their faces and don’t say anything.’ And I was like, ‘This is kind of boring,’ so I was like, ‘Let’s just go a step further and be the object,’ ”McCreanor said.