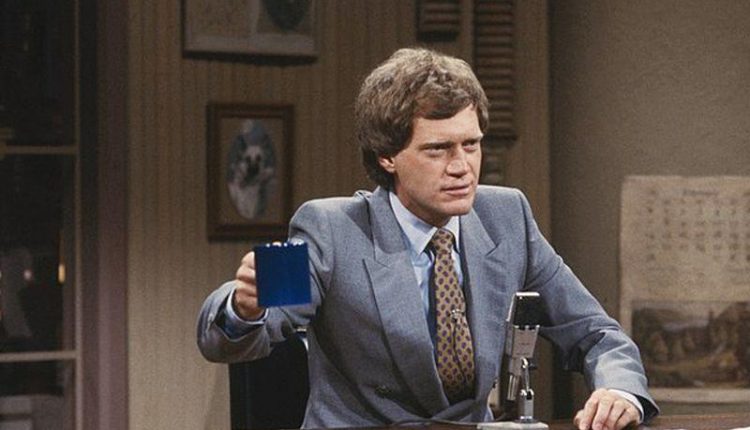 How the Metaverse Will Change Society

The year is 1995. It’s 11:35 pm and the “Late Show with David Letterman” is airing across the nation. Tonight’s guest? A still-young CEO of Microsoft (MSFT), one Bill Gates, a few years ahead of the antitrust woes he was soon to weather. Tonight’s subject? the internet

Letterman kicks things off. “What about this internet thing… What the hell is that exactly?” A brief pause, the audience bursts into laughter. Young Bill puts on a brave if somewhat bemused face. It’s certainly not his first time explaining the importance of technology to an unyielding audience.

Winston Robson is the co-founder of WeMeta. This article is part of “Metaverse Week.”

“It’s become a place where people can publish information,” Bill enthusiastically replies. “It’s wild what’s going on!” Letterman, unfazed, continues to push. “I heard that on the internet or on some … computer … they were going to broadcast a baseball game.”

Letterman pauses for effect. “And I just thought to myself … Does radio ring a bell?”

The audience bursts into laughter.

In 1995, the internet – an aspect of our lives now so critical that in 2016 the United Nations General Assembly declared access to it is a human right – was a joke. History is littered with similar stories.

See also: ‘We Blew It.’ Douglas Rushkoff’s Take on the Future of the Web

The electric lightbulb was “unworthy of the attention of practical or scientific men.” The telephone was “hardly more than a toy.” And television – “people will soon get tired of staring at a plywood box every night.” In 2010, astronaut Neil Armstrong testified before Congress that privatized space travel would cost the US its status as a space pioneer.

And yet, even if met with dogma or incredulity, innovation is rarely curtailed. The truth gets out. And so too will this happen with the metaverse, the latest technology declared dead on arrival.

Similar to the internet in 1995, the metaverse has recently entered a breakout stage of functionality. The metaverse is a way to unlock the freedom of embodied experience online, transcending the constraints of our physical lives. One way to think of it is like living social media.

Imagine it’s 1:00 pm on Dec. 31, 2021, you’re in downtown Brooklyn, NY, and your partner’s flight from London got canceled. The NYE Ball Drop is in 11 hours, and you were hoping to catch a glimpse of it. Barriers to entry are high, even if you’re riding solo. To watch live at One Times Square, you’ll need to catch the 7 subway train into Manhattan, have acquired one of the limited tickets, socially distance, dress warm, etc.

Or, you could simply log into Decentraland, and experience it live in the metaverse with her. Tens of thousands of people did, in fact, just this last New Year’s Eve. That’s nearly as many as showed up IRL under coronavirus considerations. Soon, you will even be able to order food as apps like Uber Eats or DoorDash enter the metaverse. Sounds a lot better than Twitter to me.

After the fireworks, you’re still keen to hang. Well, sports are another aspect of connection the metaverse hooks up. Think back to Wii Sports. Tennis was fun but the game got too easy, movement was limited, the cognitive dissonance was high and my mom was always terrified the remote would slip from my hand and crash into her vase.

Now, with a virtual reality headset, you can hop into Somnium Space, a leading VR city of the metaverse, and be immersed in a 4K digital reality. With the suit, your full body movement is reflected in the game. Let’s play Wimbledon?

Kayaking, car racing, paintball and pole dancing are a few of the go-tos for Somnium; as the tech develops, linking up with your crew or new friends for a game of basketball or baseball will be as simple as logging in, no matter where you are.

Past live environments, spaces in time, like conferences or public announcements, can be digitized and preserved through the metaverse, meaning they can be re-lived by anyone in the future. IRLArt did this for ETHDenver 2022, and you can go back forever to the conference’s key attraction, the Sports Castle – artwork, booths, artifacts and all.

More than events, e-commerce is rising to new levels in the metaverse. Similar to Web 2, for both big brands and mom and pop, there’s a lower cost to provide goods and services than physical real estate. In the metaverse, however, the social excitement of shopping with friends, family and other people takes things to the next level.

At Samsung 837X, for instance, players can transpose into a spectacular light show, and see their purchases rendered 3D instead of scrolling a flat page. Fashion Week in Decentraland, another example, saw participation from names like Vogue and Forever 21.

Fourteen years ago, when I created my Roblox account, I found a community. We’d play social games with sub-economies like Plane Wars or Divide & Conquer. In both of these, players earn digital currency for completing tasks, defeating an opponent or farming resources, and then use that money to invest and develop their own empires. It’s similar to Civilization or Grand Theft Auto, but with entirely player generated content. Some of my best friends and I spent hours, days even, trying to develop similar experiences in hopes of making the main page of roblox.com.

Years later, big brands are lusting to do the same.

Society makes connections, technology creates new landscapes for these connections. It started in person, went to letters, then newspapers, the telephone, the internet and now it’s the metaverse.

Right now, the metaverse seems simple, more of a cartoon. However, engines like Unity and Unreal are improving immersion everyday. Soon, social engagement and shopping will default to decentraland.com/zara instead of zara.com, I believe.

How the Metaverse Could Be a Game Changer for NFT Gaming

Rather than letting players port weapons or powers between games, non-fungible tokens will more likely serve as building blocks for new games and virtual worlds.

The Metaverse Will Make Gamers of Us All

Fundamentally, the “metaverse” is a game – but one with real consequences and opportunities.

What Can You Actually Do in the Metaverse in 2022?

The Blackfeet Nation’s Plight Underscores the Fentanyl Disaster on Reservations