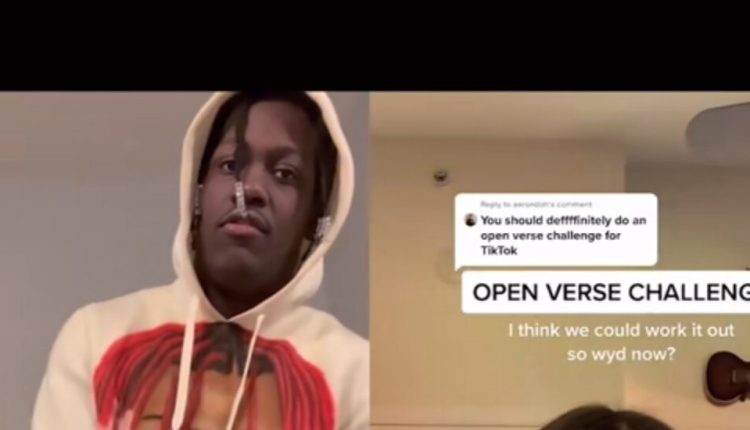 In October, Sadie Jean, a singer-songwriter and sophomore at New York University’s Clive Davis Institute of Recorded Music, set out with a couple of friends to write songs. A certain number, a plea for reconnection with someone who had escaped, began to take shape.

Jean has a sweet but powerful voice, and the song “WYD Now?”

I don’t want to be over 20 and still be in my head
17 in my bedroom talking, you said that we now
Paint the walls of our flat share
You are still everything I want and
I think we could do it

The chorus ends with a cold call question: “So what are you do now?”

Jean has been doing TikToks along the way, and in one of them, a friend prompts her to share the song with the theme, “You have to send it to him.”

Maybe she did, maybe she didn’t. But what she did next almost certainly got his attention. She released a snippet of “WYT Now?” as a sound that TikTok users could attach to their own heartbreak videos.

Then, on Thanksgiving, she issued an “open verse challenge,” a trusty TikTok gimmick to boost a song’s virality, in which a musician performs a song but leaves a gap for a staff member in hope , that others in the app could duet the video and fill the empty space with something special.

Challenges like these have become routine, but Jean’s Refrain, a searching question in need of an answer, proved perfectly suited to the format. In her video, she lip-synched her chorus into a wooden spoon and then, with a plaintive look in her eyes, held the spoon up to the camera to seek resolution.

In the weeks since, dozens have taken on the eight-stroke challenge using a wide range of approaches. Last week, the best-case scenario unfolded: a real star took the bait. Rapper/singer Lil Yachty provided a synthetic, adoring response. He toyed with the structure first, jumping in before the eight bars began, betraying emotional directness and urgency: ‘Fiiiiiiinallyyyydoingggggbetttttterrrrr.’ And his verse was delicate, meeting Jean’s despair with a deep sigh of resignation.

The yachty-verse capped six wild weeks for “WYD Now?”, which has become something of a micromem on TikTok. The reactions strike a wild arc between music and comedy, sincerity and absurdity. (Also a de rigueur comment by Charlie Puth.)

First there were the well-matched duets – @theofficialkristylee wrote from an older sister’s perspective; an intricate sigh from @zakharartist; a flash of lame ex-skepticism from @heyitsjewelss; seductive therapy talk by @davinchi; and an early Drake-style rap by @lucasstadvec (“My pettiness is that I try not to get back with you/You’re bad for me and it’s unfair that I’m not bad for you”). Those who chose to rap the eight bars took more thematic leeway, with vividly detailed verses about sex and violence comically contrasted with Jean’s seriousness.

The most striking and natural performance came from @zai1k_, whose voice is like an engine purr but sings with a slight sting. “You wanna go girl then I won’t hold you/Don’t say you need me Bae ’cause I told you so/You keep walking around you act like I owe you but I owe you nothing you girl.”

Consuming these duets in one big gulp underscores not only the abundance of raw talent that pulses through TikTok every day, but also the collective power of countless approaches. Singers found unique counter-melodies; Rappers explored fascinating counter-rhythms. A few songs picked up on the age theme in Jean’s original, and more than a few referred to the spoon.

As the weeks went by, the collaborations became more absurd — Jean repeated some of the funny ones in a duet to reinterpret the joke she’d inadvertently made — and even opportunistic. This slight thirst began to professionalize the challenge and was somewhat reminiscent of the early energy and promise of American Idol, when contestants were challenged to impose limitless standards of personality. Last but not least, @hashtagcatie – this is Catie Turner, the affable eccentric from “Idol” season 16 – also did a Lucy Dacus-esque duet. So does @franciskarelofficial, who rose to fame in a similar challenge by pop star Meghan Trainor on TikTok last year.

The finished Sadie Jean-only version of “WYD Now?” was released for streaming services on December 10; it exists as a duet only within the walls of the app. But perhaps another young singer, Stacey Ryan, sensed a moment and launched a challenge for a scintillating, cabaret-style number in late December.

@zai1k_ accepted this challenge as well, his verse was just as seamless as the one he wrote for Jean. And he and Ryan also upped the ante, announcing that a full version of their collaboration would be released for streaming services later this week.

Taking the buoyant energy of impromptu collaboration to a more formal level is a smart move. But it also opens up the idea of ​​what exactly a song release could be at this creative moment. You can hear Jean’s solo version on streaming services, but all of the above collaborators are also part of the song’s journey. Why not release an EP with all the different duets, the modern equivalent of the old remixed EP, or a dancehall riddim album? Nobody gets ahead alone anymore.

TikTok Is Unimpressed With This Chick-Fil-A Lemonade Reveal