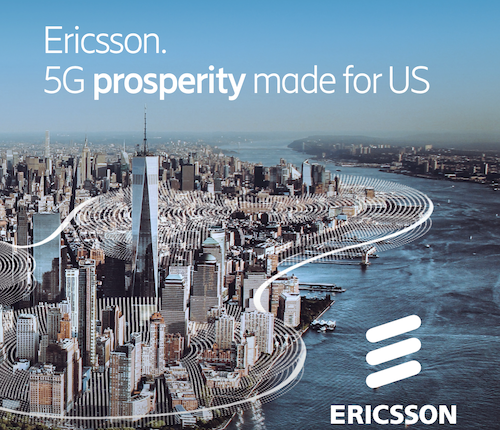 With help from Emily Birnbaum

Editor’s Note: Morning Tech is a free version of POLITICO Pro Technology’s morning newsletter, which is delivered to our subscribers each morning at 6 a.m. The POLITICO Pro platform combines the news you need with tools you can use to take action on the day’s biggest stories. Act on the news with POLITICO Pro.

— Spectrum wars on deck: A House hearing is set to reignite debate over how the FCC and executive branch can better manage wireless airwaves — but the White House still hasn’t named agency leaders to tackle the job.

— White House backs FTC fix: As the House prepares to vote on restoring consumer protection power to the FTC, the Biden administration says it’s on board.

— Carpe broadband: A Southern governor cautions Congress not to let the opportunity to close the digital divide slip away as infrastructure consensus teeters.

HERE WE GO, TUESDAY. John Hendel here as your guest host once more, wishing I were eating as well as space-bound Jeff Bezos.

Share your best bets on infrastructure with me at [email protected] and follow me on Twitter @JohnHendel. Got an event for our calendar? Send details to [email protected]. Anything else? Team info below. And don’t forget: Add @MorningTech and @PoliticoPro on Twitter.

A message from Ericsson:

TODAY: HOUSE EYES FIGHT TO MANAGE AMERICA’S AIRWAVES — The House Science Committee will today dive into the thorny issue of how much wireless spectrum is needed for earth and space sciences. But the session is likely to raise tougher underlying questions — how the U.S. governs its airwaves and steps that the Biden administration and Congress should take to fix what’s increasingly proven a messy system.

— Spectrum wars among U.S. agencies dominated the Trump era, partly a consequence of competing demands for a limited resource. Spectrum is needed not only for feeding data-ravenous wireless demand — you can thank 5G and the rise of Wi-Fi — but also for satellites, intelligent transportation, GPS and other critical infrastructure needs. These disagreements have pitted the FCC, which regulates commercial airwaves, against federal agencies including the Commerce, Defense and Transportation departments.

— The Biden administration, however, has yet to name leaders to spearhead the management of this resource at two critical agencies — the FCC as well as the National Telecommunications and Information Administration, which manages government-held spectrum on behalf of the executive branch.

— Witnesses will sound the alarm about the state of spectrum affairs: One witness is the author of a Government Accountability Office report, released Monday, that makes 11 recommendations for improving the United States’ chaotic management. It notes “protracted interagency disagreements” that create confusion over what global telecom positions the U.S. even holds.

And EchoStar Senior Vice President Jennifer Manner will urge lawmakers to have the FCC and NTIA meet more frequently, according to written testimony shared with MT. She’ll also lament that U.S. representation in global telecom standards bodies “is often outnumbered by our Chinese competitors.”

— GAO “makes clear that a number of federal agencies have a lot of work to do to improve the process,” committee Chair Eddie Bernice Johnson (D-Texas) will say in her opening statement. “This Committee will be asking for accountability from both federal science agencies and the FCC as we all learn to live in a more crowded spectrum neighborhood.” Her panel had requested the GAO review following concerns over whether commercial 5G in the 24 GHz band would disrupt weather forecasting.

— Although the administration has said it wants a comprehensive spectrum strategy (as the prior one did), it has yet to unveil anything. “NTIA needs to drive the bus on coming up with that whole-of-government strategy,” Commerce Secretary Gina Raimondo told Congress more than two months ago. We’ve already seen the lack of Biden nominees snarl Senate-side efforts to reform U.S. airwaves management.

AND ON THE HOUSE FLOOR: 13(B) FULL STEAM AHEAD — The White House on Monday threw its support behind House legislation aimed at restoring the FTC’s 13(b) authority to seek monetary relief from companies that defraud consumers. The White House said the legislation — which comes after a Supreme Court decision vacated the FTC’s powers — would “ensure that the cost of illegal practices falls on bad actors.”

— The legislation is set for a floor vote later today, but a House Rules Committee hearing on Monday revealed the partisan divide over how it’s written, which could preview trouble in the Senate.

Rep. Gus Bilirakis (R-Fla.), the ranking member of the House Energy and Commerce consumer protection subcommittee, unsuccessfully offered an amendment to create “guardrails” around how often the FTC could seek restitution from companies. Several other Republicans chimed in with concerns that the Democrats’ plan is overly broad and could result in the agency disregarding due process.

— Elsewhere on Capitol Hill: The House Energy and Commerce Committee announced plans for a Wednesday markup that will include measures on wireless security and 5G open RAN technology.

TECH QUOTE DU JOUR — “I’m trying to get people to look in the mirror, think about that misinformation going to your son, your daughter, your relative, someone you love. That’s what I’m asking,” President Joe Biden told reporters Monday, walking back his accusation last week that Facebook is “killing people” with its misinformation policies. His new line: “Facebook isn’t killing people.”

— Senate Majority Leader Chuck Schumer is daring colleagues to begin consideration of the bipartisan infrastructure framework (which includes $65 billion for closing the digital divide) by forcing a procedural vote on Wednesday. But it’s unclear what they would be voting on — precise details of the framework and its pay-fors are still not settled or have not been made public. Senate Republican leaders warned Monday they will filibuster.

— Cooper, a Democratic governor speaking during an event hosted by Cisco, warned Congress not to let the opportunity slip. “Now is our chance,” Cooper said Monday. “We have never had the availability or the resources that we have now.” Cooper noted that he, like governors in other states, is already planning to tap money from March’s pandemic relief package for online connectivity needs — he has recommended that his state’s legislature spend $1.2 billion of that cash for broadband.

— Other organizations like the National League of Cities are also urging Congress not to abandon infrastructure ambitions, citing broadband specifically.

— And first in MT: About 300 Black religious leaders are asking Vice President Kamala Harris to support a permanent internet affordability subsidy along these lines in the infrastructure package. This Black Churches 4 Broadband coalition letter is organized by the Multicultural Media and Telecom Internet Council, a civil rights group historically close to the telecom industry (which backs the same goal).

SIGNOFF FOR SALESFORCE/SLACK MERGER — The Justice Department has closed its investigation into the proposed merger of Salesforce and messaging service Slack, as Salesforce revealed in a filing with the Securities and Exchange Commission. The companies anticipate that deal closing on Wednesday.

GALLUP POLL: GOP LOSES CONFIDENCE IN TECH — Republicans’ confidence in large technology companies has plunged in the past year, falling from 35 percent in 2020 to 17 percent this year, according to Gallup polling results highlighted Monday.

— That drop coincided with former President Donald Trump winding up his campaign against the social media companies over alleged censorship (a charge the platforms reject) and culminating this year in his lawsuit against some of the leading companies.

— One policy implication: Given Democrats’ own doubts about business in general and “weakened confidence” in tech, this slide in GOP trust “could lead to more bipartisan agreement about regulating these types of companies,” Gallup writes. It says Democratic confidence in Big Tech has dropped but remains overall positive.

MTG takes a beat: “Twitter said on Monday that it was suspending Representative Marjorie Taylor Greene from its service for 12 hours after she posted messages that violated its policy against sharing misleading information about the coronavirus,” NYT reports.

No place like home: “In a new letter, some Apple employees are asking that the company allow staffers to work from home full time,” Vox writes.

Amazon’s fine print: The e-commerce giant “will no longer force customers into arbitration for resolving disputes, allowing people to sue instead,” via FindLaw.

No rush: Following antitrust lawsuits, Google “is essentially delaying the enforcement of one of its most significant upcoming changes: a decree that all Play Store apps must use Google’s in-app billing or face a ban,” Ars Technica reports.

Inside the GETTR pitch: Jason Miller discusses his desire to get his old boss Donald Trump on his new social media platform, where he’s already parked @realDonaldTrump, reports Insider.

How Beijing does Big Tech: “China is using the guise of antitrust to cement the Communist Party’s monopoly of power, with private enterprises likely to lose what’s left of their independence and become a mere appendage of the state,” per The New York Times.

How Beijing does Big Tech, Part II: “The Biden administration and U.S. allies on Monday blamed the Chinese government for a sprawling web of cyberattacks, including a blizzard of hacks into Microsoft email servers in March and intrusions for which Beijing partnered with cyber criminals,” via POLITICO.

HERE’S TO STAYING EARTHBOUND THROUGH TOMORROW!

Ericsson Cloud RAN leverages open innovation ecosystems to build the virtual networks of the future. The technology will accelerate 5G and bring innovation and prosperity to industries.

TikTok pasta chips are viral. However are they good? | Meals & Cooking