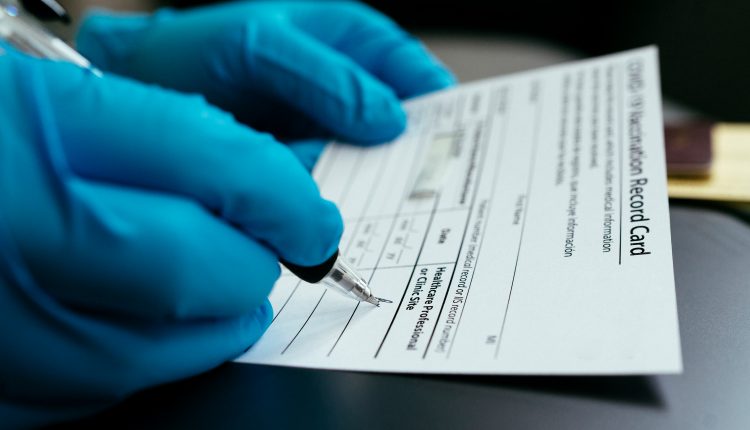 
Naw Mu Chaw had questions about the possible side effects of a covid-19 vaccine.

Chaw, a recent refugee from Myanmar, received medical care at a community health center near her home in Clarkston, Georgia, a city of about 14,000 people. Her English is limited, but the center has an interpreter to translate health information into her native language, Burmese.

Her questions began to fade as a health worker sent her text messages about the vaccine in Burmese. She got the shots and then urged other refugees to get vaccinated, too.

“Some people have underlying diseases, like diabetes, and if they get [the virus], they can die,” she said. “If they have diabetes or high blood pressure, they should get vaccination more than other people.”

Public health officials and resettlement groups across the U.S. have used such community strategies to encourage newly arrived refugees and other vulnerable people to get vaccinated against covid. And in places like Clarkston, health officials say these kinds of grassroots efforts are working. The metro Atlanta city — the hub of refugee resettlement in Georgia — has a higher vaccination rate than its county or state.

Refugees generally have been disproportionately affected by covid.

Those newly resettled may experience living situations or employment conditions that increase their risk of contracting the virus. Some refugees enter the country with underlying medical conditions that increase their risk of developing severe illness, according to the Centers for Disease Control and Prevention. And in multigenerational households, protecting older family members in cramped housing arrangements can be difficult.

Some refugees face other significant hurdles to immunization, including language barriers, a lack of transportation, and irregular work schedules.

“We want to make sure that these pandemics aren’t disproportionately affecting folks of color, migrants, refugees, and other folks in vulnerable categories,” said Kat Kelley, senior director of migration and refugee services at Virginia-based Catholic Charities USA. “If you have historically underserved communities, they’re going to remain underserved in any kind of crisis. You have to create a sustainable infrastructure that addresses those barriers.”

To create that infrastructure, the CDC developed a toolkit for local health departments and community organizations that includes covid-related messaging on the disease and vaccines in more than 30 languages. It also offered guidance for public health professionals, resettlement agencies, and employers on collecting data and work policies. And grassroots groups have hired bilingual, community-based workers to increase vaccination rates among refugees.

Unlike people who move to the U.S. from other countries by choice, refugees bound for the U.S. are not required to get vaccinations before they travel. Once in the country, all refugees receive a medical examination within 90 days of their arrival, during which providers discuss vaccinations.

The groups assisting the covid vaccine effort include the International Rescue Committee, a global nonprofit that provides emergency aid to refugees and has resettled more than 28,000 refugees in the Clarkston area over the past 40 years.

Clarkston is known for its diversity, with large populations of refugees from Myanmar, the Democratic Republic of Congo, and Syria. Community health workers and grassroots organizations there have been crucial in educating people about the covid vaccine, and organizers say their efforts have largely succeeded.

According to data compiled by the Prevention Research Center at Georgia State University, 70% of Clarkston residents were fully vaccinated as of July. In DeKalb County, where Clarkston is located, that number was 62%. The Georgia share, 57%, is among the nation’s lowest.

The Georgia State center said Clarkston’s vaccination rate is estimated to be more than 20 percentage points higher than other DeKalb County areas that have similar Social Vulnerability Index scores, which assess communities on factors such as socioeconomic status; the density of housing; the availability of transportation and households; and race, ethnicity, and language. Outreach efforts in Clarkston are behind the higher vaccine rates there, said Mary Helen O’Connor, the center’s deputy director.

The Prevention Research Center at GSU hired five community health workers, each fluent in a different language, to promote the benefits of getting the covid vaccine. Kaeden Tun, of Myanmar, and Thomas Roger, of the Democratic Republic of Congo, are two of the workers serving the Clarkston area.

Roger said vaccine misinformation is a big challenge in Swahili-speaking communities, particularly among refugees from the Democratic Republic of Congo. Before resettling in Clarkston, Roger lived in a camp in Tanzania, and he said that that nation’s president, John Magufuli, who died in March 2021, denied the existence of covid and that many people were exposed to this misinformation on Facebook. Some people watched YouTube videos in Swahili linking the vaccine to satanic practices, Roger said.

He wasn’t surprised when people in Clarkston initially wouldn’t let him into their homes. At first, people saw him as an outsider. His friends associated him with the vaccine and wondered why he was getting paid to promote it. He developed strategies that worked best for the people he was trying to reach. To demonstrate that the shots are safe, he used his phone to record well-known members of the community as they got vaccinated.

Tun, who texted Chaw vaccine information, said he knew he was able to penetrate hard-to-reach communities when a family of Rohingya refugees — a people who historically have faced repression — recently attended a health fair and got vaccinated.

“What surprised me the most is how receptive everybody has been with our work,” Tun said. “Because I can’t even imagine, with everything that’s been said about covid since it started, how confusing it might be for the community, especially with a language barrier.”