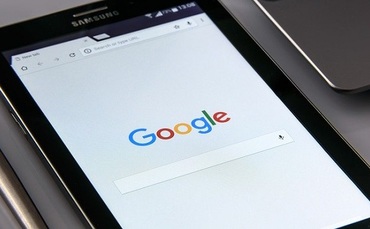 Google has ramped up its EU lobbying efforts in a last-ditch effort to soften the impact of the proposed Digital Markets Act (DMA), which is expected to come into force in about a year.

Several diplomats and lawmakers in Brussels have noted a significant increase in Google lobbying in the form of emails, advertisements and targeted social media posts in recent weeks, according to the Financial Times.

All of this seems aimed at conveying the message that restricting Google would hurt small businesses.

The campaign includes not only direct lobbying by Google, but also efforts by many trade organizations funded by the search giant.

Kim van Sparrentak, a Dutch MEP, told the FT she had been invited to meet with Google at a convenient time to discuss her concerns and attend a Google event on the benefits of digital marketing for small businesses to participate.

She was also influenced by the Connected Commerce Council (CCC), whose membership includes Amazon and Google.

“Please don’t make it harder for my business,” reads part of the letter sent by CCC and signed by several small business owners.

Similarly, IAB Europe, a group that includes Google, reportedly opposes the DMA’s proposed ban on targeted advertising. The group’s campaign has appeared on Twitter and in the trade press.

“I am being attacked with an almost unrecognizable advert aimed at EU officials who are spreading false information and only refer to studies by the IAB,” wrote Alderik Oosthoek, policy adviser in the European Parliament, on Twitter.

An ongoing fight against regulation

The European Commission presented two legislative proposals in 2020 as part of a major attempt to overhaul the digital space and regulate big tech companies.

The proposals – the Digital Services Act (DSA) and the Digital Markets Act (DMA) – will apply to all digital services, including online marketplaces, social media and other online platforms, operating in the EU.

The main objective of the rules is to “better protect consumers and their fundamental rights online,” according to the European Commission, which hopes the rules will create a level playing field and lead to “fairer and more open” digital markets in the region.

The DMA is scheduled to come into force in early 2023 after it has passed the EU Parliament.

Google executives are said to be concerned that DMA policies will ban the company from self-favoring (favoring its own products and services) companies it features in its search engine results.

In November 2020, Google and other big tech companies were invited to participate in discussions on the DMA with EU lawmakers. However, these discussions were not taken seriously as the EU had already finalized its proposals.

Lawmakers in Brussels and around the world are increasingly concerned about the growing power of some big tech companies. They believe these companies are using their power to suppress competition in the market.

European legislators now want to force tech giants to change their business practices without the need for lengthy investigations or even proof of policy violations.

In June last year, Google agreed to pay a €220 million (about £190 million) fine and change some of its ad services as part of an antitrust settlement with France’s antitrust authority. The French competition authority (FCA) found that Google abused its power in the complex online advertising market and put other companies at a disadvantage.

Last week, another French authority fined the CNIL, Google and Facebook a combined €210m (about £176m) for making it too difficult for users to opt out of cookie tracking.

Germany’s antitrust authorities also subjected Google to closer antitrust scrutiny earlier this month, designating it a company of “paramount importance” based on new powers it was given as part of an amendment to Germany’s competition law.

Left Behind: Medicaid Sufferers Say Rides to Docs Don’t At all times Come