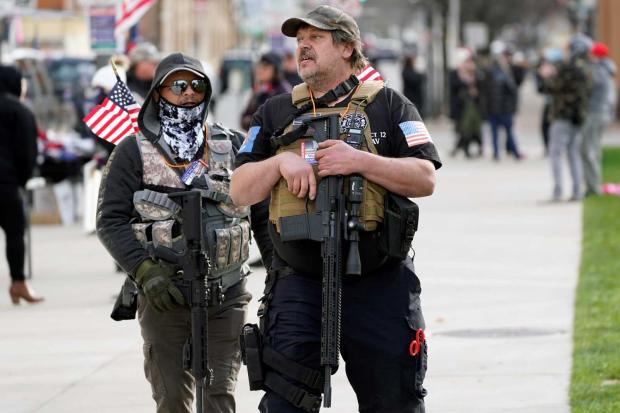 Freedom of speech and the web | D+C

“The paradox of democracy” by Zac Gershberg and Sean Illing is a disappointing book. The New York Times made me aware of it, promising an analysis of what impact digital media have on democracy. Therefore, I hoped the book would outline the pros and cons of digitization. Unfortunately, the two authors use a far too simplistic notion of democracy and largely shy away from considering exactly how the Internet is modifying political communication.

Normally, I do not review books that I consider to be failures. In this case, however, I want to point out crucial fallacies because both topics – the essence of democracy and the impact of digital media – are of vital relevance. I’ll start by summarizing the authors’ core thesis and then elaborate on what they get wrong about Internet media in this blog post. In the next, I’ll discuss why their idea of ​​democracy is incomplete.

Gershberg and Illing argue that democracy is always fragile because it is defined by the freedom of speech. This freedom allows people to criticize governments and demand change. That is healthy, as they point out, because it allows grievances to be tackled in peaceful and constructive ways. The downside, however, is that the freedom of speech can also be turned against democracy itself, with authoritarian actors undermining not only elected leaders, but the political system itself. Populist demagogues, according to the authors, are doing exactly that.

The expected death of “liberal democracy”

On this basis, they argue that liberal democracy has died. They define liberal democracy as an order in which powerful media and strong institutions reinforce the existing order by ensuring that public discourse does not become erosive. In their eyes, newspapers and broadcasting stations no longer dominate public discourse the way they did the second half of the 20th century and the Internet has introduced an era of truly free speech. Editorial offices no longer serve as gatekeepers. Everybody is free to express themselves online, and conventional ideas of civility no longer apply. Indeed, the two authors even argue that democracy has become more democratic because masses of people are now venting frustration, anger and even hatred online without restraint. Whether statements are true or not matters less than whether they resonate, according to them.

Gershberg and Illing state that any political order ultimately depends on the underlying political culture. It is true that democratic institutions depend on public expectations, so they are indeed only as strong as people’s faith in them is. In this fundamental sense, the authors’ theorem of democracy being permanently at risk is correct. What Gershberg and Illing miss is that institutions can and should shape public discourse too. Moreover, not every message that is legally permitted is legitimate. The two authors fail to consider how disruptive information can – and indeed should – be challenged around.

The core reason that so much populist propaganda is spreading online internationally is that the US Congress has exempted Internet platforms from liability for the content they make available. US law matters internationally because many of the most important Internet companies are based in the States and we have no international regulation. Conventional media houses can be held accountable for disinformation they spread, but that does not apply to social media platforms. Legislation thus could – and should – limit the tide of fake news propaganda.

Germany experienced two totalitarian dictatorships in the 20th century, first Nazism and later, in the eastern part of the country, communism. We have learned that democracy must be able to defend itself. As a result, a legislative reform in Germany has obliged social media companies to take down within 24 hours any hate-speech post that they are made aware of. This is binding law and no longer an issue of corporate self-regulation.

Much more could be done institutionally. Given that we know that free speech can threaten democracy, readers should always be able to find out who is responsible for any kind of published information. On social media platforms, we often do not know. Accounts may be fake after all, and the platform itself is not liable.

The notion, moreover, that the Internet has facilitated truly open media is wrong. No, not everyone is equal in the digital public sphere. Gershberg and Illing basically claim that everyone can post what they like and that Internet corporations basically only give people what they want. They do not discuss the role that algorithms play, even though algorithms downplay some topics and promote others. If you invest in Facebook advertising, for example, the Facebook algorithm will ensure that your posts get more attention. Not everyone has the money to do so, but some can spend heavily.

The full truth is that Internet users pick from the choice that the algorithms present on their screens, but they hardly become aware of what is not shown. If you follow us on Facebook, you can check for yourself by comparing what D+C/E+Z content appears on your timeline with what we post on our profile page and what we publish on our website. One thing you will notice is that the Facebook algorithm does not appreciate D+C/E+Z headlines that appear even mildly controversial.

The algorithms are secret. As users, we do not fully understand their biases, although we do know that they serve corporate interests (see Ndongo Samba Sylla and myself on www.dandc.eu). The algorithms are designed to maximize profits by attracting users’ attention. So even while supposedly controversial topics on our website are downplayed, we also know that YouTube and Facebook have a tendency to drive a person’s radicalization by offering gradually more extreme content with an eye to keep users hooked.

It is also common knowledge that Russian bot farms make divisive messages go viral in western democracies. To what extent does such automated programming in a foreign nation amount to free speech that western democracies must accept? The book offers no answer.

It also ignores that disinformation tends to be particularly bad in languages ​​other than English. The half-hearted self-regulation social media platforms use so far hardly apply to posts in Spanish, Swahili, Amharic, Hindi, Tagalog, et cetera. Moreover, democracy subverting strategies are sometimes tested and pioneered in developing countries and emerging markets (for the example of the Philippines, see Alan C. Robles on www.dandc.eu). At the same time, Internet corporations are obviously keen on staying in business in Latin America, Africa and Asia, so they are doing their best not to offend autocratic leaders there. Algorithms have a pattern of accelerating anti-minority agitation in many countries, while slowing down criticism of the government.

Gershberg and Illing do not tackle these issues at all. Accordingly, they do not discuss how they could be tackled by institutional means. Instead, they muse about how radical rhetoric can essentially undermine the democratic order that allows it to spread. In my next post, I’ll explain what they misunderstand about democracy.

Hans Dembowski is the editor in chief of D+C/E+Z.
euz.editor@dandc.eu