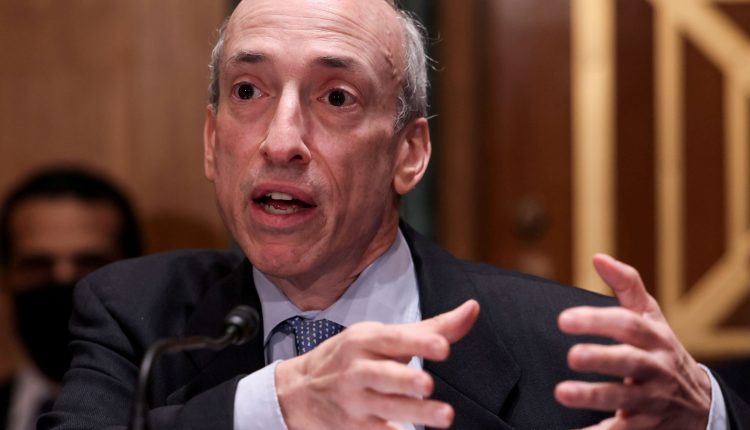 US politicians are calling for stricter regulations on the cryptocurrency industry as a result of the FTX bankruptcy and potential fraud.

“It shows the weaknesses of this entire sector,” Secretary of the Treasury Janet Yellen told Bloomberg on Nov. 12, emphasizing the need for “very careful regulation.”

“The notion you could use the deposits of customers of an exchange and lend them to a separate enterprise that you control to do leveraged, risky investments—that wouldn’t be something that’s allowed,” Yellen continued, referring to reports that FTX loaned customer funds to sister company Alameda Research, a self-described “crypto trading firm.”

One of the top-ranking members of the House Financial Services Committee, Rep. Patrick McHenry (RN.C.), weighed in as well. “The recent events show the necessity of congressional action,” he wrote in a press release. “It’s imperative that Congress establish a framework that ensures Americans have adequate protections.”

A financial scandal of this sort would typically fall under the purview of the Securities and Exchange Commission (SEC), and, indeed, SEC Chair Gary Gensler did meet with the staff of FTX as early as March, with follow-up meetings thereafter, according to a Fox Business report.

Some have pointed to these meetings as examples of negligence and possible collusion.

John Berlau, director of finance policy at the Competitive Enterprise Institute, told The Epoch Times that “there are many laws against fraud and deception already on the books that could and should be enforced if they apply.”

“The SEC should also be faulted for focusing on ‘woke’ agenda items such as ESG mandates for public companies,” Berlau went on. “It should drop its pending regulations such as climate disclosure rules that do little to address investors’ needs, and rededicate its time and resources to investigating and punishing true investor fraud.”

The SEC didn’t immediately respond to a request for comment.

Former National Security Agency subcontractor and US fugitive Edward Snowden made bolder allegations about the SEC chair. Snowden alluded to the hypocrisy of Gensler’s leniency toward FTX while, earlier this year, the US government banned Tornado Cash, a cryptocurrency designed to facilitate anonymous transactions.

In August, the Department of the Treasury sanctioned Tornado Cash on the grounds that state-backed North Korean hackers utilized Tornado’s “mixer platform” to launder illicit funds.

“The White House sanctions and arrests kids for the ‘crime’ of building privacy tools to protect you, while ‘regulators’ were quietly palling around with the thieves who just robbed 5 million people,” Snowden stated on Twitter. “The difference? The thieves were big political donors.”

US Securities and Exchange Commission (SEC) Chair Gary Gensler testifies before a Senate Banking, Housing, and Urban Affairs Committee oversight hearing on the SEC on Capitol Hill in Washington, on Sept. 14, 2021. (Evelyn Hockstein/Reuters)

Many allegations have been leveled against Bankman-Fried and high-ranking FTX executives as well.

An article by crypto media outlet CoinDesk cites anonymous insiders claiming Bankman-Fried, Caroline Ellison, CEO of sister company Alameda Research, and other executives lived together in a Bahamian mansion and were “paired up in romantic relationships with each other.”

Another crypto outlet, CryptoSlate, claims to have confirmed that late in the evening on Nov. 11, Bankman-Fried “secretly moved $10 billion in [FTX] funds to Alameda trading firm via software ‘backdoor.’”

Social media users are demanding answers to these mysteries, with many wild theories blooming across Twitter.

Marc Cohodes, a veteran short seller, claimed in a tweet that he attempted to disclose information about FTX to Bloomberg’s crypto team months before. Cohodes is known for exposing biomedical company MiMedx for committing securities fraud.

“I was onto SBF for many months. It just did not add up. I have been around the fraud business for decades, and this guy ticked all the boxes,” the tweet read, referring to Sam Bankman-Fried.

“I handed the story to the head of the Bloomberg Crypto in London, which consists of five people” he explained. “They passed on it because they thought it was too hard, too complicated, and might interfere with gaining access to SBF going forward.”

Bloomberg did not immediately respond to a request for comment.

Bankman-Fried’s future remains a mystery. His latest act involves a series of cryptic tweets wherein the FTX founder appears to be gradually spelling out “what happened.”

In response to the scandal, crypto industry leaders have called for more oversight.

While speaking at the G20 summit in Bali, Indonesia, this weekend, Binance founder and CEO Changpeng Zhao said, “We do need some regulations, we do need to do this properly, we do need to do this in a stable way.” The FTX crisis was initially triggered after Zhao publicly questioned the stability of its operations and announced Binance would be unwinding its position in FTX’s proprietary token.

Brian Armstrong, founder and CEO of Coinbase, charges “unethical business practices” as the core problem at FTX and argues crypto, by its nature, should facilitate efficient regulatory oversight as “blockchain technology will make it easier to track and prosecute over time.”

He stressed the need for “smarter regulation” as opposed to “heavy-handed,” saying “regulators need to establish clear rules that bring crypto back on-shore, encourage innovation, and protect consumers.”

Others believe government policies are to blame for the environment that fostered the FTX scandal to begin with.

Peter Schiff, an economist and founder of Euro Pacific Asset Management, told The Epoch Times that “but for zero interest rate policy and quantitative easing, there would not have been such a large speculative bubble in crypto and investors would have been more careful.”

“I do think lots more regulation is coming, but it will not save crypto,” Schiff said. “It will only hasten its demise”

In a recent podcast, Schiff quoted former Libertarian presidential nominee Harry Brown who once said, “The government is good at one thing. It knows how to break your legs, and then hand you a crutch and say, ‘See, if it weren’t for the government, you wouldn’t be able to walk.’”

Liam Cosgrove works as a freelance journalist covering business, markets, and finance. He received his bachelor’s degree in mathematics from the University of California, Santa Barbara.