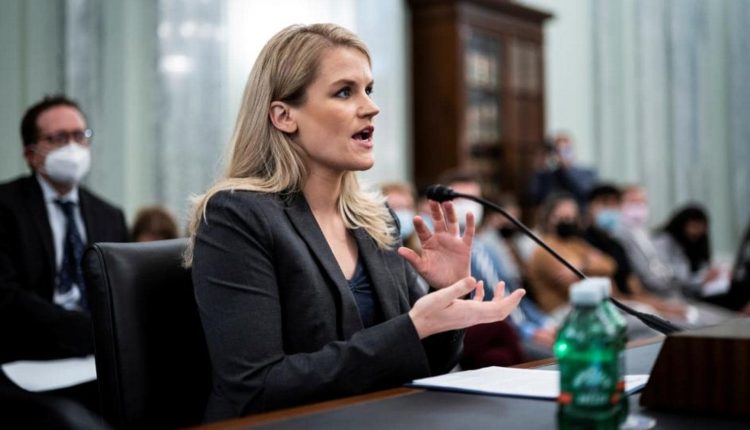 The past five years have been phenomenally good for Facebook. The market capitalization has almost tripled since November 2016. In the most recent quarter, Facebook’s earnings rose 17% to $ 9.19 billion.

From a public relations perspective, however, the years since 2016 have been difficult for Facebook as its business practices have been scrutinized around the world. The recent publication of a plethora of whistleblower documents known as Facebook Papers was so damaging that the company was forced to rename itself as a new entity by forming Meta Platforms, Inc.

For years, many have raised concerns about the potential of social media to sow discord. But because of the spectacular growth in their size and influence, technology companies have been able to evade virtually any regulation of the industry. But calls to regulate social media companies like Facebook intensified in the United States after the 2016 presidential election when the world got a glimpse of their destructive potential.

In the run-up to the election, Facebook was used by groups inside and outside the United States to slander Democratic candidate Hillary Clinton. Back then, the company blamed a number of pro-Donald Trump actors for manipulating the platform without their employees and executives knowing about it. The impression the company gave was that Facebook, like the rest of the world, was taken by surprise.

However, the recently leaked documents by whistleblower Frances Haugen, who testified before the US Congress and the UK Parliament, paint a different picture. The Facebook Papers reveal that the company was aware of the spread of misinformation and hateful content around the world, from Vietnam and Myanmar to India and the United States.

But its top executives, according to the Washington Post, “ignored warnings from their employees about the risks of their design decisions and exposed vulnerable communities around the world to a cocktail of dangerous content.” According to the newspaper, one of the dozen or more news outlets that surveyed Facebook weighed “tradeoffs between public safety and their own bottom line.”

India is Facebook’s largest market and has not escaped Facebook’s attempt to strike a balance between profits and some concern for the common good. Research shows that Facebook has been used in India as a vehicle for misinformation, hate speech and encouragement to violence.

The lack of regulation or minimal regulation makes social media the modern wild west. Many activists have complained that the largely unregulated social media ecosystem is having a devastating effect on democracies around the world.

In any other area or industry, companies are held responsible for actions or inaction. In this case, Facebook hasn’t even received a slap in the face so far. It operates in an area where the rules of the game are not written out. The company may collect data from Americans, Indians, and citizens of any other nation in which it operates and sell it or use it for profit in its sole discretion.

The Facebook Papers, which were supplemented by reports from more than a dozen news agencies, show that the problem is systemic. They also highlighted a corporate culture that puts profit above people and values.

Over the past few weeks, privacy officials, political activists and lawmakers in the US and UK have been calling for government regulations to ensure social media platforms are not used to spread misinformation and hate. These calls must be heard.

The US seems to have regulations, but to date Congress has not been able to draft a law that protects Americans’ privacy and prevents their rogue abuse. There are also attempts at regulation in India.

These are positive signs. Effective government regulations will teach Facebook a lesson.

Frank F. Islam is an entrepreneur, citizen leader, and thought leader based in Washington DC

The views expressed are personal