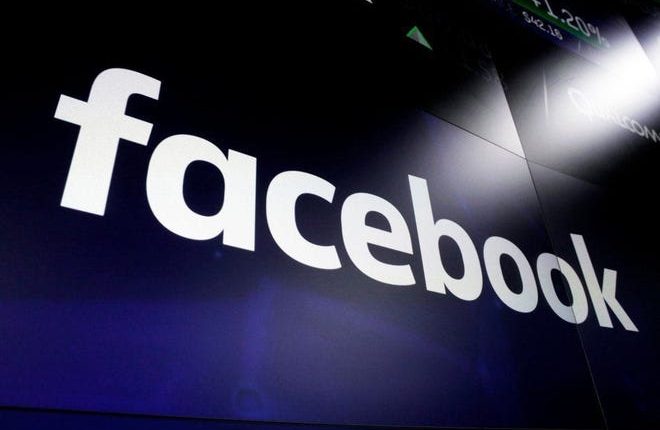 Pfeiffer concluded that a drug called ivermectin, which has been used safely for many years, may only be able to prevent the infection and treat it early. it even showed success on hospital patents. Many doctors agree. The government doesn’t do that.

Pfeiffer was so convinced that by the time she wrote her sixth article for trialitenews.com the headline read, “Not using ivermectin for a year is unethical and immoral.” Pfeiffer posted it in a private group on Facebook . The sirens wailed, “Your contribution contradicts our standards for misinformation.” Facebook knows the truth, and it wasn’t, the Zuckerbergs explained.

On February 27th, Pfeiffer republished the story and was told: “6 of your posts violate our standards …” Time out! Go to your room!

In 40 years of journalism, with a number of awards for difficult stories that could fill a living room, Pfeiffer says: “I’ve never been censored.”

I have to be transparent here. Pfeiffer is my wife. And I know that writing about relatives is risky because it compromises objectivity and independence. On the other hand, I can vouch for Pfeiffer’s research and have observed the ups and downs that censorship can bring to a reporter arguing for a point of view that is ignored by the mainstream media and many in medicine.

“I’m not asking everyone to accept that ivermectin is the answer,” she admits. “But the government, media and medicine have come together to create an unacceptable narrative for COVID. Certain things can and cannot be discussed. ”

In fact, Facebook brags that it removed 12 million problematic posts about COVID.

And that speaks for the point: The first change is intended to protect a robust marketplace of ideas in which the truth arises in an open encounter with opposing facts. The people decide the truth – not the government. Nobody has to silence a speaker; The marketplace will kill bad ideas.

Simple concept: no central authority decides on the truth. Democracy will flourish when “the people” vote. But a new authoritarianism has emerged. The social media giants – Google, Facebook, Instagram, YouTube, Twitter – have conquered the marketplace of ideas.

Facebook has 2.7 billion users, surpassing the population of Africa, Europe and North America. YouTube’s 2.3 billion users watch a billion hours of video every day. Twitter has only 330 million users who tweet short messages, but their influence – as in the case of former President Donald Trump – is rocking the political world. And the monster is of course Google, which owns YouTube, Gmail and Chrome and processes 40,000 searches every second. We don’t exactly know who blocks or prefers Google.

Pfeiffer finds control over information about possible solutions – she calls it a war on ivermectin – “appalling and frightening”. What is particularly worrying is that all social media giants are behaving alike about this reused drug, a homogeneity that denies free speech and expresses authoritarianism, an impenetrable world of private censorship.

Don’t get me wrong, nothing illegal is going on.

The first change prevents the government from censoring its citizens, but private media does. After all, the New York Times has long decided who gets access to its pages and who publishes influential op-ed essays. The decision-making process is just as puzzling as searching on Google.

Nevertheless, we are in a dangerous moment. Private media, which has more power than we’ve ever seen in so few hands, can silence a speaker for violating their standards, which honestly no one really understands.

On March 22, Facebook banned Pfeiffer for three days after writing a story about a top oncologist at Yale University who endorsed the use of ivermectin.

“Thousands of people would be alive today if we had started using ivermectin months ago,” she wrote.

So Pfeiffer turned to Twitter, where she has 9,000 followers and often receives hundreds of re-tweets. On March 26, she republished her article citing the “immorality” of not using ivermectin. But Twitter warned them it was “misleading”.

Fair enough, you can have an opinion. But on March 29, when Pfeiffer tweeted again about ivermectin, they suspended her account upon hearing her appeal.

Pfeiffer says: “I couldn’t get my message across.”

The courts would say that is not really true. She could still post on her own website or anywhere else someone will use it.

But it begs the question. Why are the media giants suddenly censoring like the tsars of Russia? Why do all the major media platforms take the same stance? Several explanations.

First, after years of being dismissed as neutral platforms of inconsiderate information, the giants grew up declaring, “We are not being used or abused.” So Twitter banned Trump because they felt his tweets were leading to violence. Taken at their word, they were finally responsible.

But second, they were scared. When various intelligence reports indicated that Russian bots and fake accounts had manipulated American public opinion with propaganda in 2016 – especially on Facebook – the giants had to react. Especially when Congress was investigating.

Third, the social media giants, full of money and power, fear two impending dangers – regulation and antitrust lawsuits. Congress and the Justice Department are just around the corner. Monopoly lawsuits have been filed. After all, Google owns YouTube. Facebook owns Instagram. And breaking it open is a real possibility. You are vulnerable.

However, the first change does not allow regulation unless Congress makes them “common carriers,” which means they should all carry the messages. But that’s unlikely – and unconstitutional. An attack on the independence of Twitter and Facebook is an attack on the New York Times and the Wall Street Journal.

What is clear: in a few years, the giants of digital media have developed into new authoritarians. We passed a free press clause in 1791 because we feared the great central power of the central government.

And now the new central authorities are on social media. What they do is legal; it’s just wrong – and dangerous. We always try to limit unchecked power, and this should be a problem more than ever for those in control of information. But it doesn’t happen.

“There is a tremendous cooling effect in terms of how I express myself and how far I go,” explains Pfeiffer. More importantly, “Hundreds of thousands of lives have probably been lost because we don’t have effective early treatment.”

Why aren’t the media giants letting this discussion flourish? If they really want to be responsible, moderate the debate – don’t kill them.

Rob Miraldi’s writings on the First Amendment have received numerous state and national awards. He teaches journalism at SUNY Paltz.