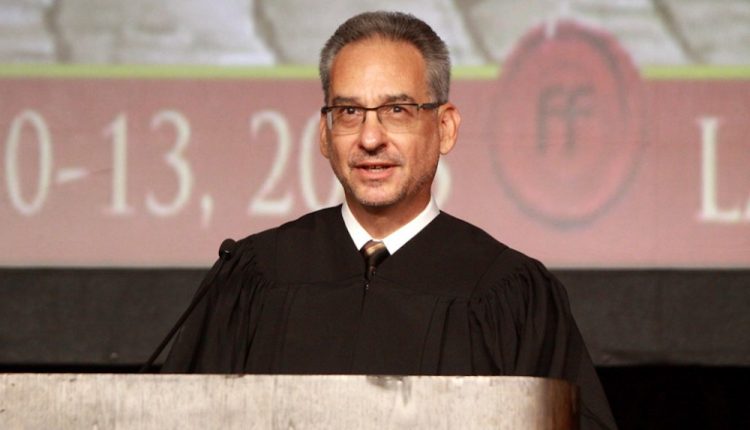 WASHINGTON, May 31, 2022 – On a narrow 5-4 vote, the Supreme Court of the United States on Tuesday blocked a Texas law that Republicans had argued would address the “censorship” of conservative voices on social media platforms.

Texas HB 20 was written by Texas Republicans to combat perceived bias against conservative viewpoints voiced on Facebook, Twitter, and other social media platforms with at least 50 million active monthly users.

Broadband Breakfast on June 1, 2022 — The Supreme Court, Social Media and the Culture Wars

The bill was drafted at least in part as a reaction to President Donald Trump’s Ban from social media. Immediately following the January 6 riots at the United States Capitol, Trump was simultaneously banned on several platforms and online retailers, including Amazon, Facebook, Twitter, Reddit, and myriad other websites.

A six-page letter dissent on the matter was released on Tuesday. Conservative Justices Samuel Alito, Neil Gorsuchand Clarence Thomas dissented, arguing that the law should have been allowed to stand. Justice Elena Kagan also agreed that the law should be allowed to stand, though she did not join Alito’s penned dissent and did not elaborate further.

The decision was on an emergency action to vacate a one-sentence decision of the Fifth Circuit Court of Appeals. The appeals court had reversed a prior stay by a federal district court. In other words, the, the law passed by the Texas legislature and signed by Gov. Greg Abbott is precluded from going into effect.

Tech lobbying group NetChoice – in addition to many entities in Silicon Valley – argued that the law would prevent social media platforms from moderating and addressing hateful and potentially inflammatory content.

In a statement, Computer & Communications Industry Association President Matt Schruers said, “We are encouraged that this attack on First Amendment rights has been halted until a court can fully evaluate the repercussions of Texas’s ill-conceived statute.”

“This ruling means that private American companies will have an opportunity to be heard in court before they are forced to disseminate vile, abusive or extremist content under this Texas law. We appreciate the Supreme Court ensuring First Amendment protections, including the right not to be compelled to speak, will be upheld during the legal challenge to Texas’s social media law.”

In a statement, Public Knowledge Legal Director John Bergmayer said, “It is good that the Supreme Court blocked HB 20, the Texas online speech regulation law. But it should have been unanimous. It is alarming that so many policymakers, and even Supreme Court justices, are willing to throw out basic principles of free speech to try to control the power of Big Tech for their own purposes, instead of trying to limit that power through antitrust and other competition policies. Reining in the power of tech giants does not require abandoning the First Amendment.”

In his dissent, Alito pointed out that the plaintiffs argued “HB 20 interferes with their exercise of ‘editorial discretion,’ and they maintain that this interference violates their right ‘not to disseminate speech generated by others.’”

“Under some circumstances, we have recognized the right of organizations to refuse to host the speech of others,” he said, referencing Hurley v. Irish-American Gay, Lesbian and Bisexual Group of Boston, Inc.

“But we have rejected such claims in other circumstances,” he continued, pointing to PruneYard Shopping Center v. robins.

Will Section 230 be revamped on a full hearing by the Supreme Court?

“It is not at all obvious how our existing precedents, which predate the age of the internet, should apply to large social media companies, but Texas argues that its law is permissible under our case law,” Alito said.

Alito argued that there is a distinction between compelling a platform to host a message and refraining from discriminating against a user’s speech “on the basis of viewpoint.” He said that HB 20 adopted the latter approach.

Alito went on, arguing that the bill only applied to “platforms that hold themselves out as ‘open to the public,’” and “neutral forums for the speech of others,” and thus, the targeting platforms are not spreading messages they endorse.

Alito added that because the bill only targets platforms with more than 50 million users, it only targets entities with “some measure of common carrier-like market power and that this power gives them an ‘opportunity to shut out [disfavored] speakers.’”

How the Web of Issues poses threats to journalists