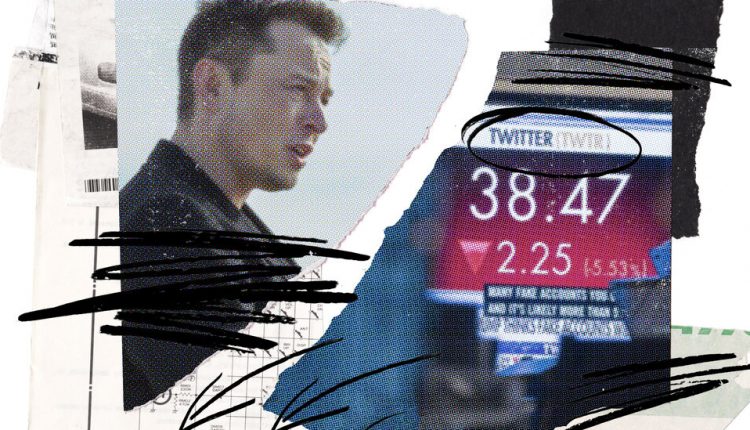 The history of mergers and acquisitions is filled with ruthless corporate raiders, bruising wars of words and people trying to stiff each other.

T. Boone Pickens, the oil tycoon who rampaged through the 1980s, took small stakes in energy companies, attacked management and forced sales of the firms. Carl Icahn, the activist investor, amassed shares of companies and threatened to oust their boards if they did not agree to a deal. And Robert Campeau, the Canadian real estate investor known for engineering buyouts, was unafraid to take legal action against companies that sought to deflect his advances.

Yet even with all those cut-throat tactics, the world of deal making has never seen a buyer like Elon Musk.

In the weeks since Mr Musk, the world’s richest man, struck a $44 billion agreement to buy the social media service Twitter, he has upended the deals landscape. Usually, when two sides agree to negotiate an acquisition, they spend weeks poring over finances and hammering out details. The action takes place mostly behind closed doors, inside boardrooms and at prestigious law firms and investment banks.

But Mr. Musk waived due diligence to get the Twitter deal done, according to legal filings. Since then, he has publicly criticized Twitter’s service — on Twitter, naturally — attacked some of its top executives and unleashed tweets taunting the company’s board. And with memes and a poop emoji, he has appeared to try to renegotiate the deal’s price downward on social media.

In essence, Mr. Musk, 50, has turned what was largely a friendly deal into a hostile takeover after the fact. His actions have left Twitter, regulators, bankers and lawyers flummoxed over what he might do next and whether the blockbuster deal will be completed. And Mr. Musk has made past corporate raiders look positively quaint by comparison.

“Elon Musk plays in his own gray area — you could almost say in his own rules,” said Robert Wolf, the former chairman of the Americas for the Swiss bank UBS. “This is certainly a new way” of doing deals, he said.

Mr Musk did not respond to a request for comment.

On Thursday, Twitter executives said at a company meeting that Mr. Musk’s purchase was moving forward and that they would not renegotiate, according to two attendees who spoke on the condition of anonymity. Earlier this week, the company’s board also declared, “We intend to close the transaction and enforce the merger agreement.”

Twitter’s board has contended that it has the legal upper hand with the deal. In addition to a $1 billion breakup fee, the agreement with Mr. Musk includes a “specific performance clause,” which gives Twitter the right to sue him and force him to complete or pay for the deal, so long as the debt financing he has corralled remains intact.

“He signed a binding agreement,” Edward Rock, a professor of corporate governance at the New York University School of Law, said of Mr. Musk. “If these agreements aren’t enforceable, that’s kind of a problem for every other deal out there.”

Mr Musk has already pushed some legal boundaries. The Federal Trade Commission is looking into whether the billionaire violated disclosure requirements by failing to notify the agency that he had amassed a sizable stake in Twitter earlier this year, said a person with knowledge of the inquiry. Investors typically must notify antitrust regulators of large share purchases to give government officials 30 days to review the transaction for competition violations.

The FTC declined to comment. The Information, a tech news site, previously reported on the FTC’s interest in Mr. Musk.

The archetype of the mercenary corporate buyer has existed for decades. Jay Gould, a robber baron of the late 19th century who helped build the US railroad network system, funded deals partly with wealth accumulated through his Wall Street gambles. He consolidated dying railroads and was known for planting rumors in the press.

Mr. Gould, wrote one of his biographers, Edward Renehan Jr., was a “maestro of margins” who was “capable of creating capital out of thin air and gaining control of companies by using just a few dollars reflected in a hall of finance mirrors: fun houses of convertible bonds, proxies and leveraged cash.”

That same decade, Mr. Campeau used buyouts to build a retail empire that included Bloomingdale’s and Abraham & Straus, which eventually buckled under the debt he loaded onto them. A new kind of hostile raider also appeared — private equity firms — which deployed take-no-prisoners takeover tactics that were memorably chronicled in “Barbarians at the Gate,” a 1989 book about the private equity firm KKR and its acquisition of RJR Nabisco.

A blockbuster deal. Elon Musk, the world’s wealthiest man, capped what seemed an improbable attempt by the famously mercurial billionaire to buy Twitter for roughly $44 billion. Here’s how the deal unfolded:

The initial offer. Mr. Musk made an unsolicited bid worth more than $40 billion for the influential social network, saying that he wanted to make Twitter a private company and that he wanted people to be able to speak more freely on the service.

In recent years, deals that fell apart or got renegotiated have not been uncommon. After Sallie Mae, the student lending giant, sold itself in 2007 to a consortium of financial firms for $25 billion, a credit crisis unfolded and new legislation threatened its finances. The buyers tried recutting the deal, insults flew, and the effort collapsed.

That same year, a $6.5 billion deal by Apollo Global Management — combining a chemical company it owned, Hexion, with a rival, Huntsman — cratered when Huntsman’s earnings plunged and each side sued. In 2016, the telecom giant Verizon slashed its $4.5 billion price for Yahoo’s internet business after Yahoo disclosed it had suffered an enormous security breach.

Yet in many of those deals, arguable “adverse material changes”—whether a financial crisis or a security breach—were behind a change in price or the end of an acquisition. That’s not so now with Twitter and Mr. Musk, where no obvious factor has surfaced for trying to alter the contours of the agreement. (Mr. Musk, who has seized on the issue of the number of bots on Twitter, has said he doubts the veracity of the company’s public filings.)

Mr Musk seems free to do as he pleases with deals partly because of his extraordinary personal wealth, with a net worth that stands at around $210 billion and that lets him ignore a deal’s economics. And unlike a private equity firm, he does not buy multiple public companies a year, making it less important to present himself as a consistent closer.

And that leaves just about everyone guessing.