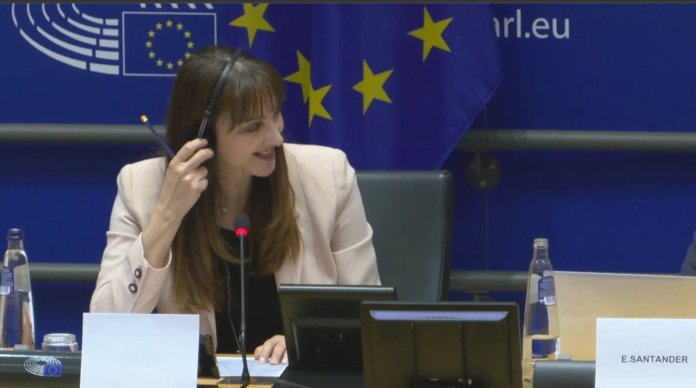 MEP Elena Kountoura presented a shadowy LEFT pointer on the Regulation in the related report of the TRAN Committee European Parliament voted over this week, with a large majority.

She took to social media and stated, “The positions drawn by SYRIZA-Progressive Alliance MEP Elena Kountoura, as a shadowy LEFT pointer on the new Alternative Fuel Infrastructure Regulation, were incorporated in the related report of the #TRAN Committee European Parliament, voted over this week, with a large majority.”

On social media, the picture of Elena Kountoura with the rapporteur of the TRAN Report on Alternative Fuel Infrastructure Regulation, Ismail Ertug, have also been shown.

The amendments of the SYRIZA-Progressive Alliance MEP Elena Kountoura, coordinator of LEFT at the TRAN Committee, were approved in the opinion of TRAN voted in a special meeting in Strasbourg and relate, among other things, to the need for a transport and tourism sectors adequately supported in Member States’ national recovery and resilience plans with corresponding support from European financial programs.

Special weight should be given to the social dimension in order to support employees in these sectors.

MEP Kountoura also shared an update on her interview on the show “Central Greece, Good evening” and the journalist Konstantinos Kostoulas about the critical social and economic issues they face in Greece and Europe.

Regarding the worsening energy crisis, she mentioned that from the beginning, the European Parliament had warned that if the rules of the energy market are not changed, the price will be huge for society, while he also criticized the attitude of the Commission, which announced measures with delay, the which it is doubtful how much they ultimately benefit citizens in the EU.